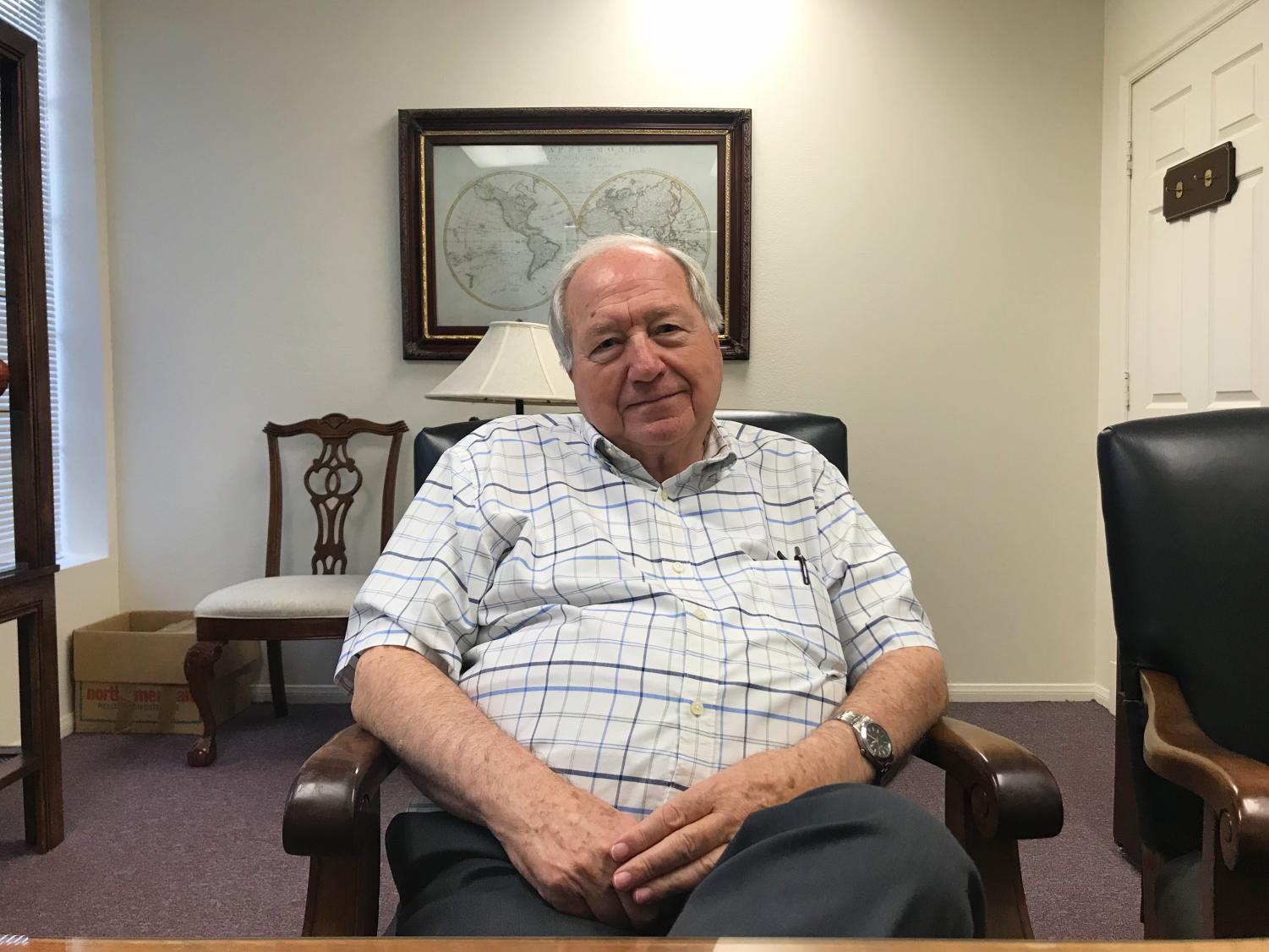 Remember that there is a today, but there is also a tomorrow, and a day after that.”

For 38 years Mayor Curtis Morris has been a part of our city council and for 23 of those years, he has acted as mayor of San Dimas. Morris moved to San Dimas in 1943 at the age of seven, he arrived in our beloved city with his parents and younger sister. Later his family grew with the addition of his younger brother and second sister. Since that time Morris has resided in San Dimas, except for when he was away for college and was serving in the US Navy. After getting his formal education and returning from active duty Morris went to law school, joined a law firm, and was then recommended to join our city council.

Morris is married with three children, one daughter, and two sons, and has an abundance of desert tortoises for pets.

While in high school Morris was a part of the student council and was the president of his senior class. Morris attended Bonita High School back when it was located where Damien High School currently is, and only had about 400 students. At this time students from La Verne, La Verne Heights, and San Dimas all attended this version of Bonita High.

Morris said that one of the main goals of the city council is the “maintain the characteristics we [the city of San Dimas] have” and that “there is a lot of pressure from the state government to require us to build more housing and that would be categorized as high to very high-density residential housing”. Morris continued; “we have resisted doing that we [the city council] think there needs to be a place for towns and cities like San Dimas where people have a more rural atmosphere”.

As the interview was concluding, Mayor Morris left us with these pieces of advice:

“Education is very important, but you need to have a life other than education.”

“Getting involved in things is good because you get a chance to work with other people and see their point of view.”

“You have to have a sense of humor about life.”

“Remember that there is a today, but there is also a tomorrow, and a day after that.”