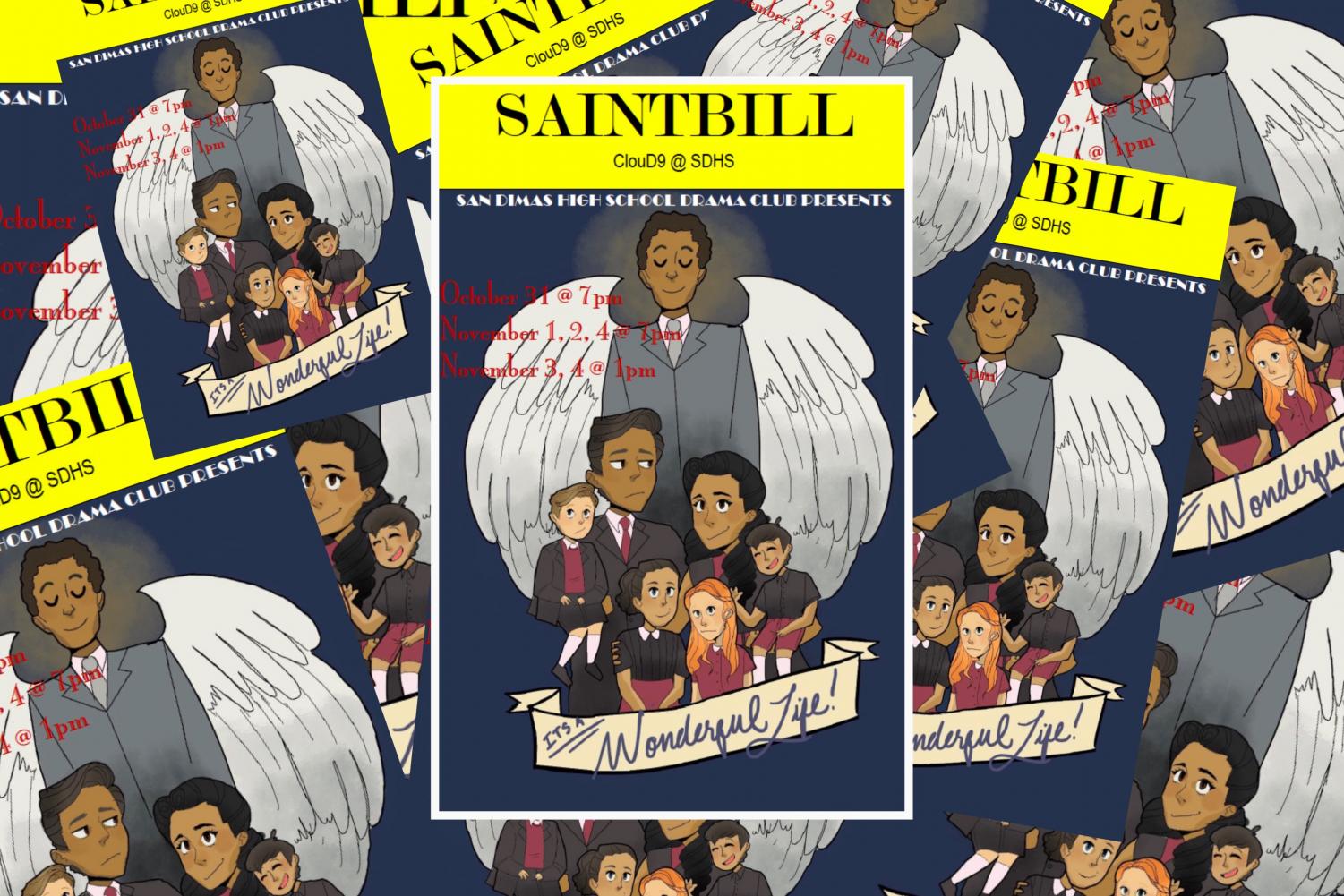 It’s a Wonderful Year for Drama

Drama prepares for It’s a Wonderful Life, and more.

The San Dimas drama department has been performing plays and musicals for many years. There’s no doubt that these Saints are talented, but a lot of hard work must be put in. The first play of the year, It’s a Wonderful Life, is different from those in the past.

Drama Teacher, Ms. Kocalis, talks about what a play needs to have in order for it to be successful, “Our cast has to be dedicated, they have to actually come to rehearsals, and have to work independently to memorize lines. It’s a group effort to collect all the props and the costumes and everything from the show, so they have to be able to be a team player as well.”

Kocalis went onto talk about what sets It’s a Wonderful Life, apart from other plays; “This one is student directed which we don’t always do. We’ve done it the last two years but before that, we’ve only had two plays directed by students in the past nine years.”

Her expectations are high within the drama department, “This is a building year [for drama] because we had 14 seniors graduate last year from the program. Our group this year is small and short because we have a lot of young kids… they’re just now learning how to get ready for that high school level of performance, so I think over the next four years, those younger actors are going to be able to evolve to be the status of the department we had last year.”

“Rehearsal can take up to 250 hours for a musical, and for just a play we spend about 200 hours together, which is more hours than you spend in a single class all year long.”

Although the hard work is exhausting, she expresses that there is still comradery among the drama department, “rehearsal can take up to 250 hours for a musical, and for just a play we spend about 200 hours together which is more hours than you spend in a single class all year long. Everyone has to be really tight and there has to be a lot of trust between the cast members and the crew, but it is like a family so they have spats and there’s drama sometimes but not what you would expect, our kids are close and good with each other.”

Kocalis proudly states, “I’d like everyone to know that this group of kids has done their absolute best to give a good show to the audience. Actors do theater because they love to perform for an audience, so encourage people to come to check it out if they’ve never been to a show at San Dimas, I think they’ll be pleasantly surprised.”