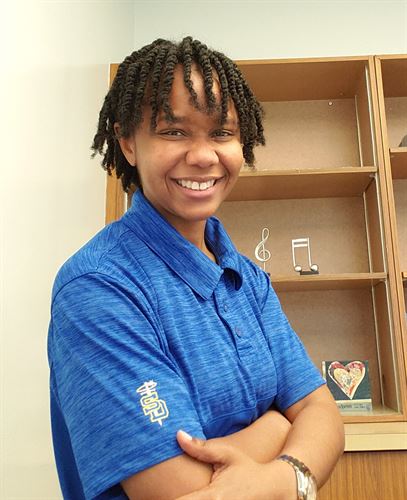 This past month you might have noticed a new friendly face around campus in the form of our new Assistant Principal, Dr. Brianna Nix. Dr. Nix is the newest addition to the ever-changing and evolving administration staff of San Dimas High School. With an extensive education and impressive resume, Dr. Nix is extremely qualified for the Assistant Principal position, but what are her plans for the future of SD, and what do the students think about the newest member of the San Dimas High School Administration.

Dr. Nix is a San Gabriel Valley local who grew up in Pomona, California. After graduating from Pomona High School, Nix went to a number of amazing universities in order to pursue her career in education. Nix received a Bachelor’s degree in Sociology from UCLA as well as a Master’s Degree in Education from USC. She would earn the title of Doctor when she received her doctorate in Educational Leadership from CSU Northridge. She would then finish her education by getting a second Master’s Degree in Education School Leadership and her Administrative Credentials from CSU Dominguez Hills.

After finishing her education, Nix became a Learning Specialist at the University of Southern California with the school’s student-athlete program. “I actually tutored a lot of the student-athletes on probation,” Nix recalls. She would then go on to become a counselor at the district level. This meant that she would give assistance to different principals on how to best integrate and extend counseling into their schools. Nix would eventually move past being just a counselor and would become an educational administrator. As an administrator, she pushed to change the lens of discipline in schools to be more counselor-based.

Dr. Nix chose this career path due to her personal experiences with school counselors throughout her life. “I had a wonderful counselor in high school, but I also had an interesting counselor that wasn’t so inspiring,” states Nix, “as a student I never want anyone to have this experience again”. Nix also goes on to talk about her personal goal as an administrator and counselor. “I wanted to make sure students had an opportunity to be as great as they wanted to be and successful as they needed to be”.

Nix always saw San Dimas High School as a great place to work throughout her career but the career track she took never seemed to align with SDHS’s needs. “This is an awesome place to be,” says Nix, “I wanna [sic] be a part of it”.

Nix is the new Assistant Principal of Student Wellness which means she is in charge of making sure our school has the resources that “students and adults here need”. Along with helping to run the Student Wellness Center on campus, Dr. Nix also oversees school discipline and student attendance. Nix also has other responsibilities within helping to oversee the English and Special Education Departments as well as helping to set up events for the Senior Class on campus like Graduation, Renaissance, and more. 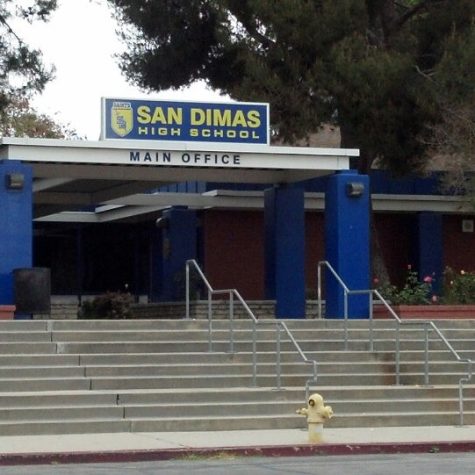 When asked what changes she wants to make in the upcoming months, Nix responded that “It’s not good to change right when you start… It’s really good to look, listen, and learn. So right now, I’m listening”. Nix goes on to say that, “I’m learning the culture, I’m listening to what people want to do and what people couldn’t do”. When asked further about her plans for the future of San Dimas High School, Nix highlighted a few key issues that the student body has raised its voices about multiple times. Among those many items was the School’s Dress Code. “I know that our dress code is not perfect and I know that’s one thing that’s a hot topic on a lot of students’ minds,” says Nix. Dr. Nix also talks about her goals to help progress the school’s discipline code. “I know that we are very strict, which is great for parents, but maybe not so great [for students]” Nix states. Dr. Nix also talked about her openness to student discussion. Nix stated that, “If you see my door open or see me out in the quad, come talk to me. I’m one of the most approachable people that you can ever see”.

Many students at SDHS have been witness to the revolving cast of San Dimas High School’s administration and are hopeful seeing the newest addition to the SD Staff. Senior Bryce Blaz commented about the new Assistant Principal. “I’m hopeful that the administration change will help levy power around the administration side and allow more people to have a say about what goes on in our school,” says Blaz, “It can be frustrating to feel powerless and not have an impact so I’m hoping that Dr. Nix can help people who felt like they didn’t have a voice before, be heard”. Another student who has regained hope with the addition of Dr. Nix is Senior Jacob Stewart. He stated, “It’s always nice to see a new face, and along with it, new energy and direction for the school’s leadership”.

I’m hoping that Dr. Nix can help people who felt like they didn’t have a voice before, be heard”

Dr. Nix has helped to revive the hope and trust in the school administration for many of SDHS’s students. While the front office has had a large shift in staff over the past two years, many students are happy that it seems the school has finally found the Assistant Principal right for San Dimas. With the addition of Dr. Nix students lie in wait to see what new and great changes might come and to see what is next for San Dimas High School.