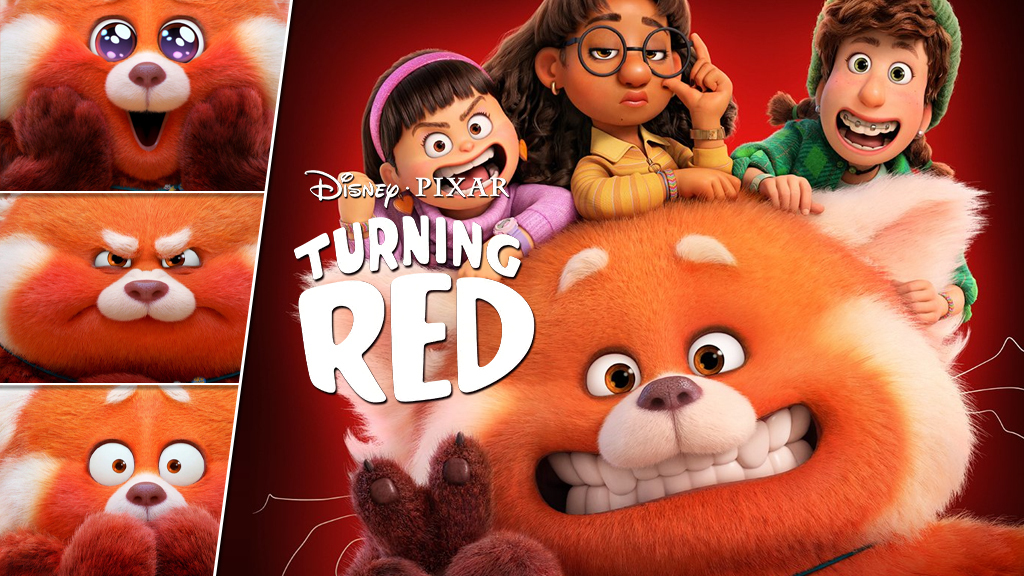 Why Turning Red was seemingly controversial, yet important.

Turning Red is a coming-of-age Disney/Pixar animated film that was released on March 11th, 2022 on Disney+, making history for being the first Pixar film to ever be solely directed by a woman, Domee Shi. Turning Red follows Mei Lee; a 13-year-old girl in 2002 Toronto, Canada finding out who she wants to be instead of what her mother expects her to be. While this film showcases fun shenanigans and connections between Mei and her 3 best friends (Priya, Miriam, and Abby) along with a fictional boy band that has actually gotten a real fanbase, it also showcases issues like generational trauma and becoming your own person. But even with its success, Turning Red has to be one of the most controversial films that have recently come out which brings up the question: why and how can we learn from it?

Before Turning Red was even released, it was already getting mixed emotions on the internet for its animation style, already putting some negative connotations on it. Sophomore, Lianna Martinez states, “Honestly with the animation I kinda thought it was dumb not knowing what I was gonna be watching but after I saw it, it was honestly a really good movie”.

Lianna explains her relation to the protagonist, something many teens may have “I wouldn’t call my relation generational trauma but I have like a lot of expectations from my mom since I’m the youngest child; seen as the overachiever, I relate to the pressure of being the perfect child and having to make an impression on my mom […] I like how the mom apologized about being overbearing and knowing her mistakes, it was refreshing to see her taking accountability and saying sorry”.

“I like how the mom apologized about being overbearing and knowing her mistakes, it was refreshing to see her taking accountability and saying sorry”.”

This is something that seems small, but can actually have a huge effect on not only current parents but future parents; learning to take responsibility for your own mistakes instead of just blaming your child for your own trauma can repair and improve relationships between parents and children; it creates more trust and a sense of love.

One of the big controversies against Turning Red was how there was a scene of Mei’s mom, Ming, thinking Mei got her period. In said scene, we see Ming bringing Mei numerous pads and tampons and trying to explain how she was just becoming a woman, it being perfectly natural and nothing to be ashamed of. The controversy was started by numerous parents complaining that this was “inappropriate” to be in a kids’ movie and should not be shown or normalized in kids’ movies. Martinez states, “I think it really depends on the movie […] it’s a coming of age film and Mei’s thirteen, so there should be a period mention […] even in boy films it’s important, I feel like they should know about it so when they become a dad or whatever they can know that “hey this is normal and just what you go through” and grow up with respect that its something that happens instead of being disgusted”.

Sophomore, Ayiana Grana says what she believes about the controversy, “I don’t have a problem with the period thing at all, when my little brothers watched it they didn’t say anything, so I think it’s not as big of a deal as people make it out to be and I don’t think that it should be stigmatized […] I think it’s appropriate, in reality at that age (thirteen) is when most girls get their period anyway, it’s such a shunned and stigmatized subject so I think its good for people to see that and know this is a real thing that’s normal, it’s just good for the representation

“I think it’s appropriate, in reality at that age (thirteen) when most girls get their period, because it’s such a shunned and stigmatized subject I think its good for people to see that and know this is a real thing that’s normal..””

[…] even in America there’s a lot of stigma around it, but in other countries, it’s really bad and I think it can be significant when periods are shown even in small ways, it adds up into making change […] if people have a problem with it then they don’t have to watch it”.

Another big part of the Turning Red controversy is Mei’s Chinese culture being shown; specifically how she and her mother have a temple for their ancestors and mainly worship one of their oldest ancestors instead of a god(s). Numerous articles have claimed Turning Red to be demonic and promoting false religions when in actuality it’s neither of those things and is a normal part of Chinese Culture. Martinez states, “Well honoring your ancestors is a part of a lot of cultures, I understand that to some people it’s not part of their religion or culture but it means a lot to other people and they can’t just say that its wrong because they don’t practice it”. Grana claims, “I think it was significant because it showcased another culture and taught me things I didn’t know […] I think it’s disrespectful if you’re trying to say that its demonic because its showing culture, it’s just so messed up that they are trying to police somebody’s culture, it’s not right at all”.

A problem that people (mainly parents) had with the film was Mei standing up for herself against her mother. A lot of parents believed that this encourages kids to go against their parent’s wishes and teachings, especially kids becoming teenagers; but in truth these scenes display Mei becoming her own person as a coming of age film should be. As we get older we start to form our own opinions, thoughts, and views; only if that ability is not hindered by our guardian(s). Grana agrees by saying, “I think that’s a good theme for movies is like the relationship between mothers and daughters being realistic and how mei says like “‘sometimes respecting your parents means disrespecting yourself'” and it shows how teenagers are formulating their own characteristics from their parents which is also stigmatized, just being a teenager”.

Overall, while Turning Red did become the center of controversy, it was still able to showcase real issues that teenagers (especially teenage girls) go through in a more light-hearted and comedic way. It’s shown in a more simplistic way that can be opened into more complex situations for each individual person. As time progress, so do we as a society, and a way to fuel this positive change is to de-stigmatize normal things like periods and teenagers becoming their own persons. Instead of having arguments over change which leads to miscommunication and bullying, people can become educated and have progressive conversations.