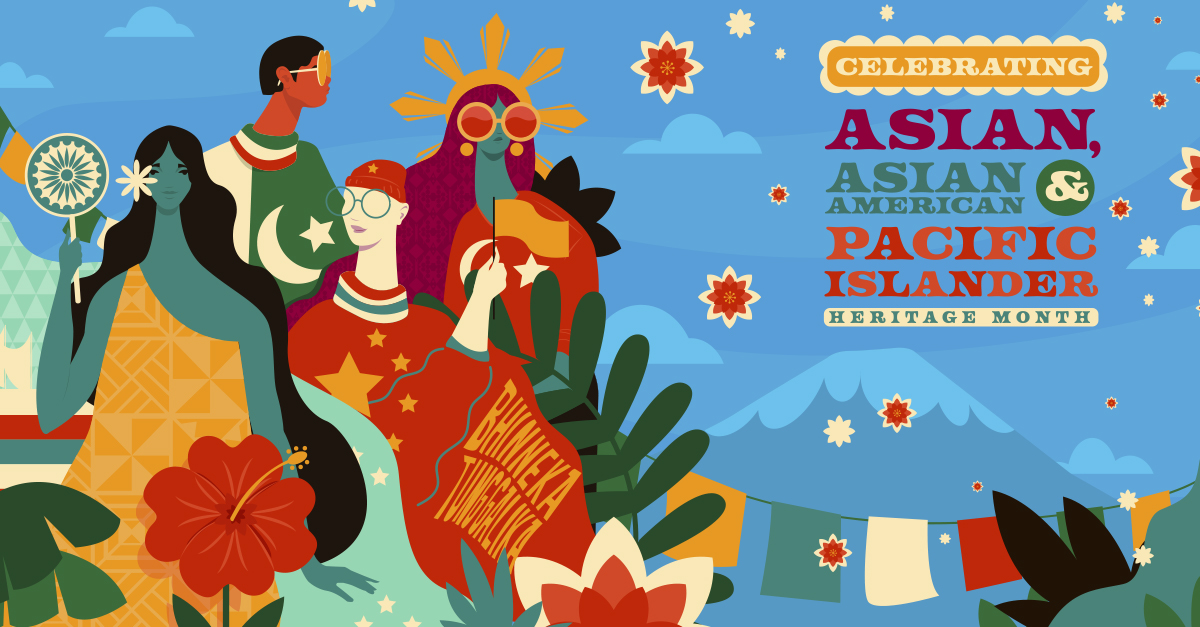 On May 1st, Asian American and Pacific Islander Heritage Month (Also known as AAPI Month) begins. AAPI Heritage Month highlights the voices of Asian/Asian Americans and Pacific Islanders and how they have influenced our communities. It’s also a time to recognize their cultures and educate ourselves on them, like listening to AAPI voices on how to work against the harmful stereotypes put against them; along with learning more about the culture itself and how we can appreciate it rather than appropriate.

Junior, Jinal Patel, a Swaminarayan Hindu Indian student explains how she stays in touch with her cultural identity,

“As a part of my culture, I do my daily religious activities and go to a temple every week. I also participate in fasts and we have and celebrate all of the religious holidays like Diwali or Holi […] I feel like I am very much so in touch with my culture but there’s always room to grow so maybe doing more religious work and activities in my day to day basis”.

Representation is a lot more impactful and meaningful than some may realize; it’s an effective way to educate others ranging from children (representation in cartoons) to older adults, like in shows and movies. When a person is educated on something, it lessens the chances of misunderstanding and creating harmful stereotypes based only on personal knowledge.

When asked if there should be more representation of Hindu culture, she replied: “Yes absolutely! I think my culture is not represented enough and most people don’t even know what it is and I think that it deserved to be known at least […] Some negative stereotypes of my culture as an Indian is that everyone thinks we are nerds and super into math which isn’t true in all cases, many people don’t treat us or represent us as “normal” like we are all geniuses in their eyes […] an example of this is “Ravi” in Jessie […] He is portrayed as weak and awkward, constantly mocked and bullied by other characters in the show. he is made fun of for the traditional Indian Clothes (Sherwani) he wears and when he conducted a puja (a Hindu religious ceremony) in one of the show’s episodes.

I feel like change has to start from portraying us and realizing that we are no different than others.”

Some ways to fight these negative and racist stereotypes are by learning about the different cultures and understanding the significance of things like religion, traditional clothing, food, dances, singing, and much more. We can also immediately put down any racism we see or hear and then educate others; listening to AAPI voices on what harms them or helps them is also a simple step into improving yourself and others’ actions and assumptions.

Sophomore, Prisha Trinn a half Indian half Chinese student also agrees that more representation should be shown for her cultures as well, “We get a lot of racism and hate, and we get made fun of and I would like for people to learn more instead of just going off one thing […] some negative stereotypes I hate are the ‘Chinese eats dogs’ or that we came up with covid. One for Indian is I hate the way they make fun of our dancing when its really beautiful and intricate dance”.

While a good portion of Asian American/Pacific Islanders is raised with their culture by family members and teachings like Trinn and Patel, many grow up never being taught their culture(s) or seeing it represented, so they don’t question it for themselves. AAPI Month also brings the light and opportunity for people to look back into their roots and family history and see the importance culture has played in their family’s history.

Sophomore, Leilani Ignacio, A Filipino student, tells about how she’s sort of connection with her culture but plans to start being more involved; a big first step into really connecting with your culture is learning the language.

“Oh Definitely do I want to be more in touch with my culture. I want to learn better Tagalog because even though I can mostly understand it from watching Filipino shows on my grandma’s tv with captions, I want to learn and know how to speak it fluently because my cousins do and I’m like ‘man maby I should learn’ and whenever my grandparents talk to me in Tagalog I don’t always understand so I want to learn from them and just speak it fully and just talk to them fluently”.

“I think that Filipino culture should be shown more because when people think of Asian they don’t think about Filipinos like in Crazy Rich Asians there’s not many of them, so I feel like it should be more represented out and the culture is beautiful like; their clothing, their food, they’re traditional all that. Also, the Philippines is a mix of poor people and a lot of rich people, and while it’s beautiful there I think many people should pay more attention to it because since a lot of the population is poor and sad I think with more attention the Philippines could get a lot more help since it needs it”.

Overall, Asian American and Pacific Islander month is a time to reflect on these beautiful cultures and not only educate ourselves on them but to see how we can help the community grow and become stronger.