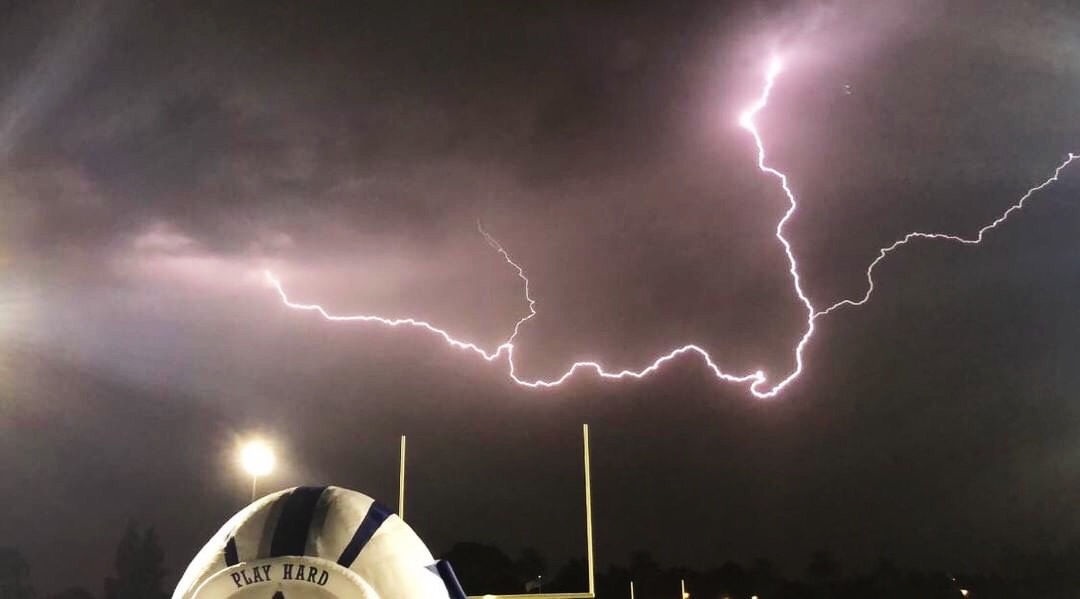 As gray clouds hovered over the stadium at San Dimas High School, people anticipated something other than your average football game. It was the homecoming game and the stands were filled with a crowd eager to watch their Saints, and enjoy the homecoming activities.

Head football coach Mark Holman recalls his high school homecoming with pride, “I remember all my homecoming games, but homecoming was different then.” Holman continued, “Homecoming’s special! You get all the alumni coming back, family and friends are there, no one’s going to miss it. It doesn’t even matter who the opponent is, homecoming is fun and it’s basically a game for the community,” Holman later added, “It’s always really special”.

The Saints had not even finished the first half of the game, but they already managed a dream lead. Within the first couple of plays, San Dimas took the lead 6-0. Aidan Phipps successfully converted a field goal leaving the score 7-0. Soon came the next touchdown and field goal. The Saints had a dream first quarter with a magnifying score of 21-0.

By the second quarter bolts of lightning were seen flashing in the distance. The rain poured heavier, and thunder finally began to boom. The thunder may have made the crowd squeal and shake, but our Saints were unwavering on the field. Sooner than expected, the score jumped to 34-0 with the Saints maintaining their incredible lead.

The stands were crazed by the score but were even more fascinated by the storm that fought to steal the spotlight from the Homecoming Queen, and the game. The Saints reached a lead 47-0 before the game was canceled due to weather. The second quarter had not ended and San Dimas achieved an impressive victory.

“They wouldn’t have scored on us if the game had stayed on, and I think we would’ve at least scored one more time,” said Coach Holman confidently. “The rain was a blessing for both sides.”

In regards to the game being stopped Holman stated; “Well, these guys were a little upset actually because they felt they should have been playing for twenty-four more minutes, but we’ll let that fuel the fire for next  week.” Holman continued, “for me as a coach, it’s nice because I know all my kids are going to be healthy for next week.”

Coach Holman was content with the outcome of the game and continued with pride about his team, “I’m happy with these guys and the way they respond to everything. I think this group is hardworking and give it their all whenever it’s needed”.