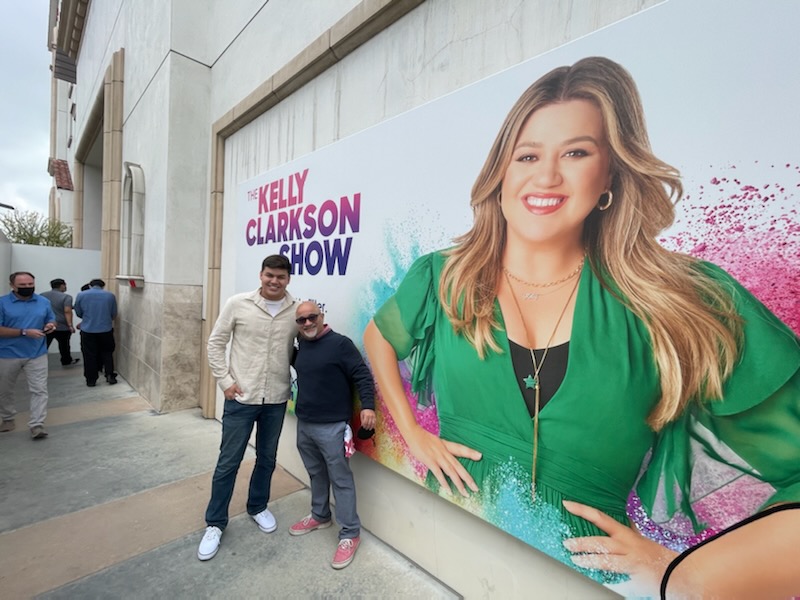 The Kelly Clarkson Show is a famous talk showing starring the incredibly talented Kelly Clarkson as the primary host; she’s a singer, songwriter, actress, author, and television personality. Many celebrities have appeared on her show before like Benedict Cumberbatch and Elizabeth Olsen. Mr. Black, SDHS Art Teacher, was nominated and accepted to appear on The Kelly Clarkson Show, he even won a free cruise.

Teachers and their students were eligible to appear on the show for teacher appreciation week, the segment for this episode was called ‘Teacher Appreciation Hour“. Mr. Black had no idea he was nominated to go on the show until he got a phone call from producers, and while he believed it just ended at the nomination stage, the office knew otherwise. Producers called him and explained how a former student had nominated him for outstanding teachers.

“They wanted me to make a video; they called it a “Hi Kelly” video so that was me introducing myself, who I am, and what I do […] they asked for a bunch of pictures of me teaching which I had since I’ve done yearbook for years, I found a couple that I was in and I sent them.”

Mr. Black didn’t hear much from them after that and assumed it ended there, yet one day he got a sudden email from the substitute system and thought it must have been a random meeting. Turns out the producers called the school office directly and already made plans for him to appear on the show from a graduate’s nomination. All the teachers had their students beside them for teacher appreciation hour who nominated them to star in the show together. So who nominated Mr. Black to star in the show? 2020 graduate alumni named Cruz Hernandez.

Mr. Black shared about his relationship with Hernandez, “he was an art student of mine as an incoming freshman and then he was yearbook staff his junior year and senior year he was editor in chief. That was the year everybody was sent home; there was no more school for like a year and so everybody was really depressed in the world and in our classes it was no different but Cruz and I and the people in the class still had to finish the yearbook because we still had to do it”. He goes onto explain how Hernandez was one of the only students to step up during distance learning.

Mr. Black headed over to Universal City for the show and around 8:00 am and from there was immersed into the filming process. “The honor of being a teacher that was selected for the show was giving every teacher in the audience a prize, and the prize was a cruise..a seven-day cruise on the Norwegian Cruise Line. It was a really cool experience and it was great to catch up with Cruz, we talked a lot since there’s a lot of waiting when you’re on a T.V. set, it sounded like he was doing very well in life”.

it was a really cool experience and it was great to catch up with Cruz, we talked a lot since there’s a lot of waiting when you’re on a T.V. set, it sounded like he was doing very well in life”

Overall, Mr. Black enjoyed this incredible experience of not only going on a famous talk show but being able to catch up with an old student. Teachers watch us grow up and go from teenagers into adulthood, and then sometimes never see us again. It’s a nice reminder to many say “hi” once in a while to an old teacher and see how they’re doing, after all reminding them about the early days is sometimes fun and you realize how much you’ve matured. The episode Mr. Black appears on is S3; EP148, “Teacher Appreciation Hour“.