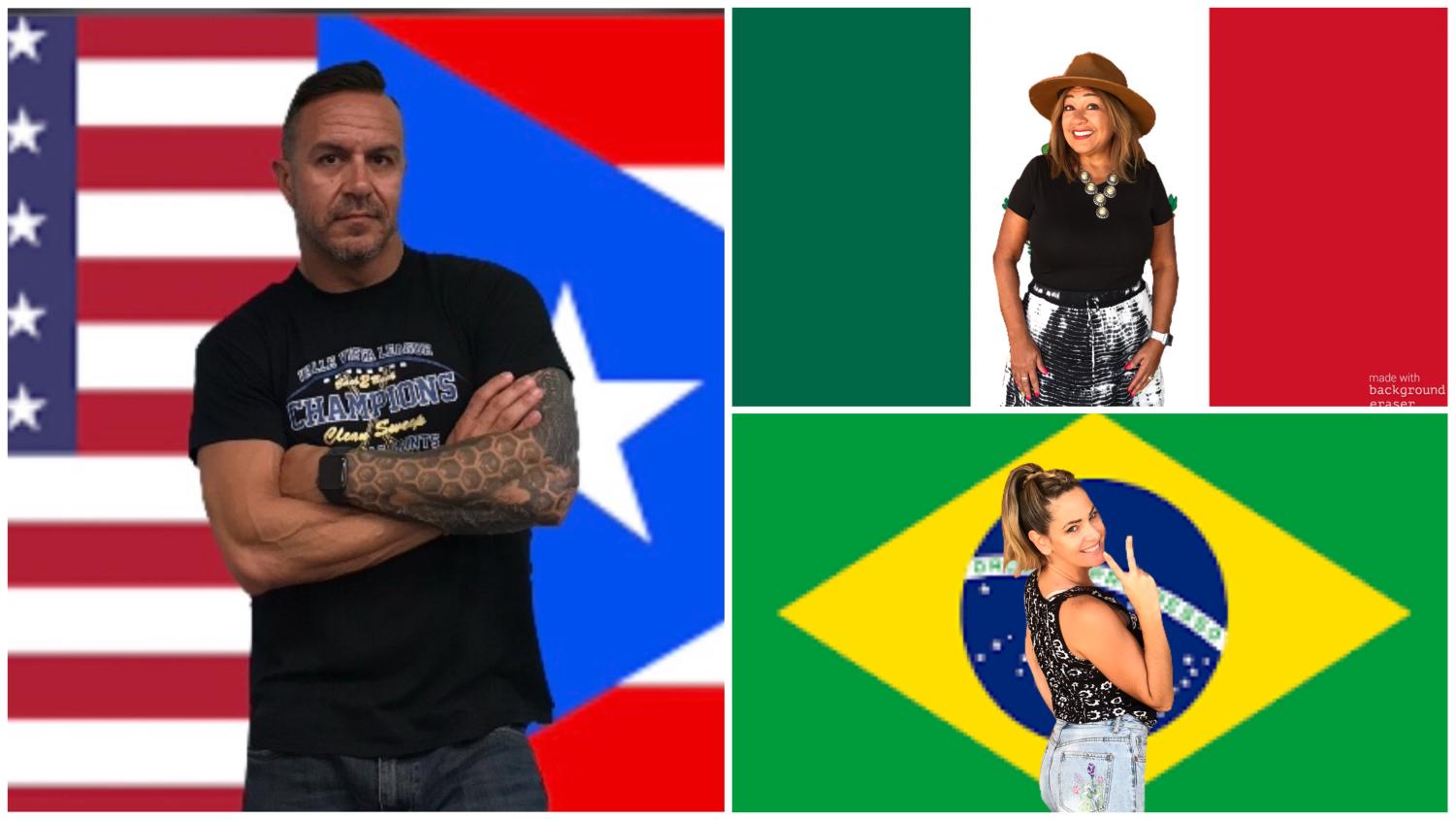 Unidos: Inclusivity for a Stronger Nation

Hispanic/Latinx Heritage Month goes on from September 15th to October 15th; it’s a time to celebrate the many accomplishments and contributions that Latinx and Hispanic people have done throughout the years. It is also a time to especially amplify their voices and educate yourself on things you may not understand or know because the more educated people there are the less prejudice there is. HLHM means different things to the Hispanic/Latinx staff here at San Dimas Highschool along with programs that help learn about the culture, historic places, and historic people.

Señora (Ms. or Sra.) Valencia is a Mexican, Hispanic/Latina Spanish teacher here at San Dimas highschool. This year for the first

She also wants people to “… realize how broad the Hispanic community is. It’s not just about the Mexican community but it’s also about Central America, the Caribbean, South America, and Latino culture in general…A lot of people think of just Spain And Mexico and don’t think about other countries and the indigenous parts of those countries like languages, customs, and culture”. She also claims, “(The club) is able to make you a more diverse person to learn about other cultures. That’s why I want to promote activities because it’s all about education. And once you know more, then you’re not so easy to criticize it”. Having a club like SNHS is able to give experience in Hispanic and Latinx culture, for those who wish to learn about another culture or for those who wish to know more about their own. The club and the month itself also give time to become more educated and culturally aware.

Mrs. Knotts is a Brazillian, Latina Foresnics and Biomed Teacher at San Dimas highschool. She lived in Brazil until she was 12 years old, growing up with Brazilian culture and Portuguese as her first language. “I did not speak English, I remember in the airplane my parents would practice ‘my name is’ so that we knew what to say at least that much, but I started 7th grade and I did not know English so I went into what’s called ESL, English Second language..it was scary a little bit and the culture was new”. Even with being in an entirely new country, her and her sisters were able to find their cliche pretty quick, “No one in ESL didn’t really speak English so we found a lot of people we could communicate with cause I had an easy time with the Spanish speaking kids cause we could kind of understand each other..we all bonded over not knowing English”.

Mrs. Knotts has anxiety; having disorders or mental illnesses is not seen as something to take care of with the older Latinx community which needs to change with the new generations, “I think growing up in Brazil it was kind of, just remember this is the generation before now when I was your age, it was not something that was commonly known or accepted, it was viewed as ‘oh your tripping’ or ‘oh you’re just being weak’ or ‘get over it, toughen up’ but luckily my parents knew I had anxious tendencies when I was like 9 I think I would connect on a personal level by I came from the same background, we have similar culture, we had the same thoughts about it as you do but scientifically we’ve come a long way and there is evidence that this is just brain chemistry as it is with migraines or seizures, it is just a chemical situation, it’s not someone overdramatizing it or someone just being too scared”.

Dr. B is half Puerto Rican, Hispanic/Latino AP Human Geography teacher here at san Dimas highschool. Even though he’s half Puerto Rican, Dr. B grew up not knowing that culture or being involved with it, just like a lot of younger generations of Latinx today, “100% I don’t feel like I identify with that part of my ethnicity; there’s nothing that I celebrate in my life related to it…I’m Puerto Rican in ethnicity but not in culture, I’m definitely more American o be honest with you”. Many immigrant older generations of Hispanics/Latinos don’t pass down their traditions for many reasons, one of the main beings in order to ‘fit in’. “I think that happens because even with America being such a melting pot of different cultures, religions, and ethnicities it’s still very caucasian, protestant- Christian. There’s still a hierarchy, and I think a lot of these people shed their culture in an effort not to only assimilate it but to become like traditional Americans and live the American life; trying to fit in to the point you embrace the American culture because the more American you are in society the higher you are looked up too and easier you’re received”. Now it’s time for the younger generation to start relearning their culture and embracing it along with embracing the language rather than just hiding it away.

For Sra. Valencia and Mrs. Knotts, being Latina is something important and powerful to them; while HLHM  Hispanics and Latinx as a whole, there are a lot of negative stereotypes and prejudices that Latina women face, so it’s important to highlight what it means to be “Latina” to them personally. Sra. Valencia describes being Latina to her as, “It’s honor and pride; honor and pride for the struggles that my family when through to come to us and start in very poor and meager conditions; it means to see the successes of our family because of the hard decisions they had to make. It’s a sense of pride and humility at the same times”. For Mrs. Knotts being Latina is, “the culture; how do I describe it…its a very warm and welcoming vibe way of life. It’s very loud and eccentric to me and what you see is what you get, kind of in your face a little bit but its vibrant to me and I think it’s beautiful to exist in your truth and be who you are and be ok with being ‘different'”. Being Latina is not just a generalized “way” or some type of stereotype, it’s an individual part to each and every Latina who may have completely opposite or same meanings; Latina is not one thing, but it can be multiple beautiful things which are important to remember not only during HLHM but throughout life.