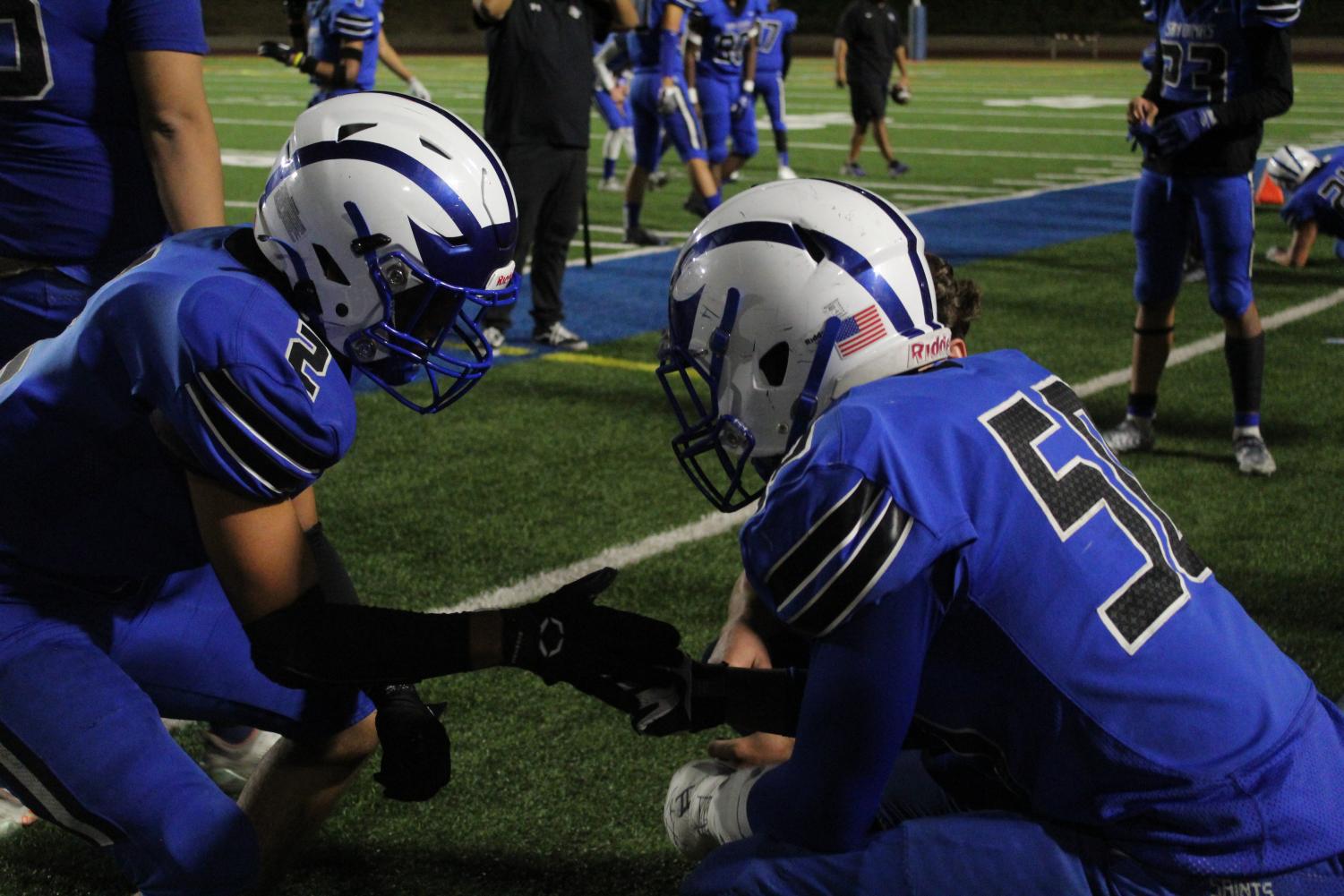 On September 10, 2022, Smudge Pot, the historic rivalry between the San Dimas and Bonita football programs, occurred for the 50th year. Smudge Pot is an annual tradition that brings fans from both high schools to cheer on their preferred team. The tension between the team’s fuels a rivalry, which brings entertainment and enjoyment to the fans.

Going into the game, the all-time record between the programs was tied at 24-24-1. As mentioned by coach Holman during the rally, the game plan was to win and break the tie. When asked how confident he felt going into the game, Senior captain Troy Mejia stated, “I was very confident going into Smudge Pot our defense knew what we had to do, and the offense needed to put up points.”

This year’s Smudge Pot was a Saints home game played at the designated Citrus College Stadium. Prior to the game, fans of both teams filled the parking lot, and a huge line to get into the stadium formed. The energy was high as people were ready to witness the anticipated game.

The first half looked very promising for the Saints. Despite the quick start for the Bearcats, the Saint’s defense looked strong, and the offense was powered by a strong run game. After a strong drive, the Bearcats got off to a quick start with a power run up the middle on the goal line to establish a lead of 7-0 over the Saints. However, the Saints responded fast with an 18 yd pass followed by a 2 yd run on 2nd & 1 to tie the game 7-7. A pivotal moment in the first half was when San Dimas sacked the Bonita quarterback to force a 70 yd fumble recovery touchdown. The Saints went into halftime with a 13-17 lead over the Bearcats due to a missed extra point.

However, in the second half, Bonita rallied back with a tough defense and a strong run game. The Bearcats connected on multiple drives and ran the ball into the endzone for two more touchdowns in the second half. The Saint’s effort was there, but ultimately their offense was silenced and the defense couldn’t hold Bonita’s run game. Bonita dominated the second half with a final score of 21-13 over San Dimas.

“I think we played a great game, we came out really hard in the first half and shocked some people. Are guys came out hard and played fast, although I think towards the second half we got a little winded, and Bonita took advantage. All in all we fought to the last second and thats all that matters,” Coach, Jordan Taylor. Although the Saints lost, it will be added to the ongoing Smudge Pot history.