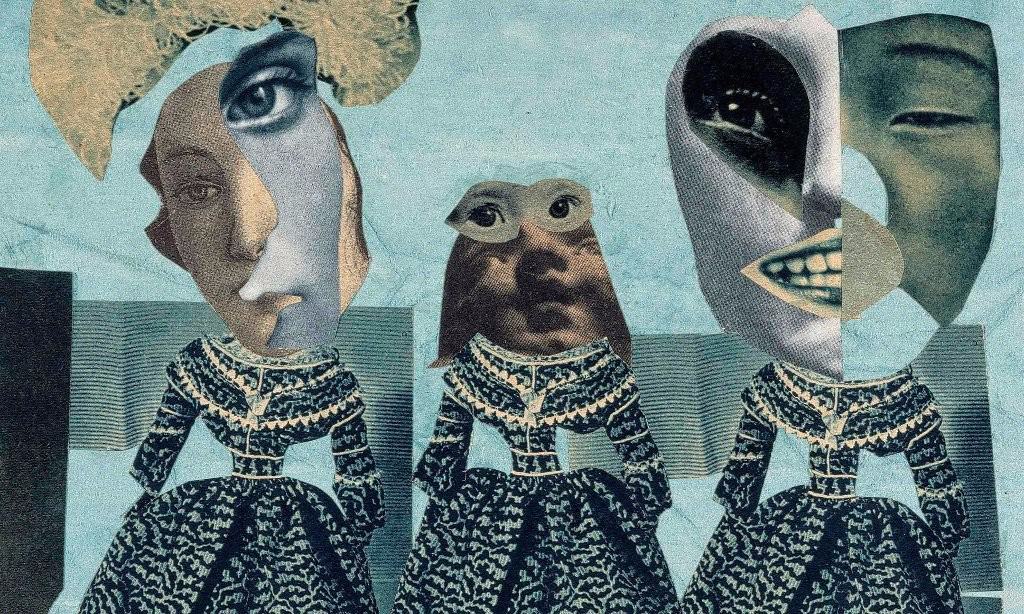 Recently people have caught on to just how similar Gen Z’s internet memes are to a post World war I art movement, sounds crazy!

Generation Z finds themselves feeling isolated from other generations. Not relating to someone else’s sense of humor can feel kind of strange because it mirrors who we are. So how did it get to be this way? Internet memes started to become popular in the mid-2000s thanks to social media platforms like 4Chan, YouTube, and Facebook. Generation Z (being the first generation to have internet access since the start of their life) have posted memes as they grew up which helped their humor evolve with them. Gen Z formed their own little closed-off bubble of internet culture, and with it, a strange sense of humor unlike any other generation’s was born.

Dadaism is an art movement invented post-World War I in Zürich, Switzerland by founder Hugo Ball. All of the poetry, performances, and art produced in this category were typically satirical and nonsensical in nature. Dadaism asked people to suspend their beliefs and abandon their biases. The meaning of “Dada” according to Tristan Tzara during a french interview, “Dada was chosen randomly in a dictionary for the reason it means nothing and it does not hold us to any dogmatism.” It’s a sort of “anti-art” movement where the point of it was to produce art that was not really art. Recently people have started to notice the similarities between Generation Z’s humor and dadaism because of the fact that they both deliver the opposite of what it’s supposed to be.

Humor is a fluid and quickly changing subject, something that was funny last week might not have the same effect next week. Internet humor and inside jokes have rapidly changed an entire generation of kid’s humor into something vastly different from every other generation’s experience. When something is posted online that only a couple people know of it can become a sort of inside joke between the people who know, and when they post jokes about it, it can seem like nonsense to outsiders who don’t get the context. Spin-off memes started being produced to make fun of the inside jokes and as they became more abstract and obscene it became funnier and funnier to Gen Z children because it felt like a huge inside joke that kept evolving.

There is also the argument that Gen Z’s humor has formed due to cultural and political struggles of the world. That could be parallel with dadaism because it was invented as a response to the first world war and all of the anger and frustration that came with it. Gen Z grew up post 9/11 and every day deals with the struggles of severe racial tension, contrasting political ideologies, domestic terrorism, police brutality, and (more recently) a global pandemic. A lot of Gen Z memes challenge the society that forced them to grow up feeling world-weary and do this by either drawing attention to a specific issue or by defying what is considered traditionally funny.

When asked to explain why it was so funny La Scala responds,

“It makes absolutely zero sense, that’s what makes it so funny”.

Considering that the only requirements that need to be met in order for something to be considered dadaism is that it is strange and doesn’t make sense, you could say that these memes are the same as the art produced in the 1900s. Collages, altered images, and random captions are trends throughout all of these images.

On the topic of other generation’s humor, Millennial Sarrah Twineham, who teaches senior English at San Dimas High School, gives examples of what she thinks is funny: 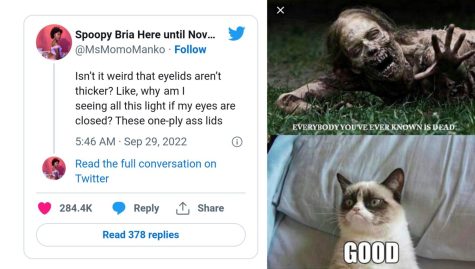 Twineham notes: “I think Gen Z humor tends to be ‘darker’ and maybe treats things that Millenials see is really sensitive, not so sensitively and so they don’t find it as funny as Gen Z may find it.”

On a much larger scale, there have been internet trends like the “free bird” hashtag that involves putting a random object inside a spinning washing machine while “Free Bird” by Lynyrd Skynyrd plays.

Another trend, “the food is mid”, involves showing food before it’s eaten and then after it’s eaten, where everything around the food is also demolished.

And most recently the wise mystical tree memes make the least amount of sense but were all the same adopted by Gen Z as the funniest meme at the time of September 2022.

Trends like these tend to confuse Millennials and Generation X because what they don’t understand is the fact that it is an anti-joke that makes it funny to Gen Z. This new genre of humor is definitely a strange one, but it comes from a culmination of different factors which is why it is so unique. As Gen Z grows older and becomes parents, one can wonder how their humor will influence their children’s humor and how they will take it and continue to evolve it even more.