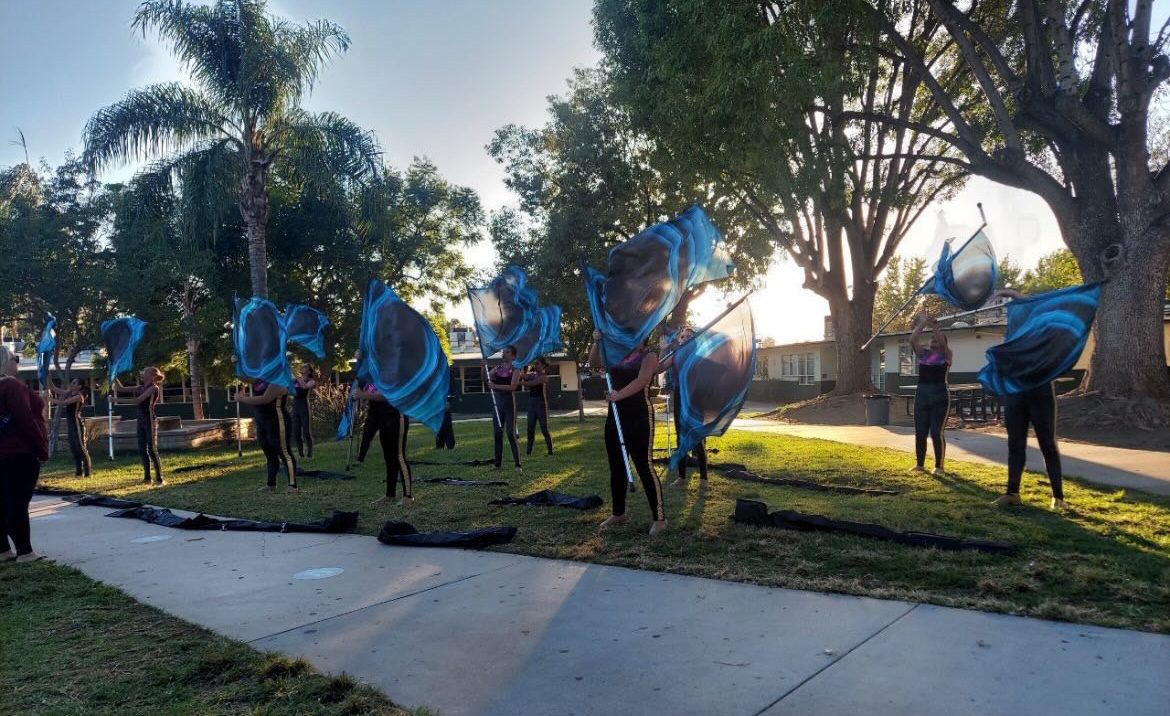 SDHS Color Guard prepares for marching season and beyond

SDHS Color Guard is one of the many artistic competition teams we have on campus.

Currently, they practice with the Band Program and are part of marching season. With after-school practices every Tuesday and Thursday from 5:30 p.m. to 9 p.m., they prepare to perform at occasions like the halftime show during football games and later in field shows and competitions.

Color guard has already begun preparing for their competition season this year. Sophomore Lauren Miranda says, “we have done our first field show at Bonita, which we placed first place in and we have another field show at California High School this Saturday, Oct. 22.”

Another guard member sophomore Sydney Martinez expresses, “the first competition at Bonita where we got 1st place was probably the most memorable this month. It was a chance for us to get to know what it is like to compete against other schools.”

Their next competition with the marching band (our SDHS Royal Corps) is going to be in San Diego, on Oct. 29.

During Winter Guard, which is their official competition season without the Marching Band, their practices extend to Saturdays as well. The Winter Guard shows are held in the gym and they are more competitive, so they are carefully choreographed by the team. Sophomore Sydney Martinez explains that it requires more effort and creativity because, without the band, they have all the attention.

“Last year we did a show that was about Medusa,” Martinez elaborates. “Everything that she loves turns to stone because of her curse and at the end, she learns to love herself which is why we all froze at the end to ‘turn into stone.”

We’re looking forward to seeing how the season goes for SDHS Colorguard.