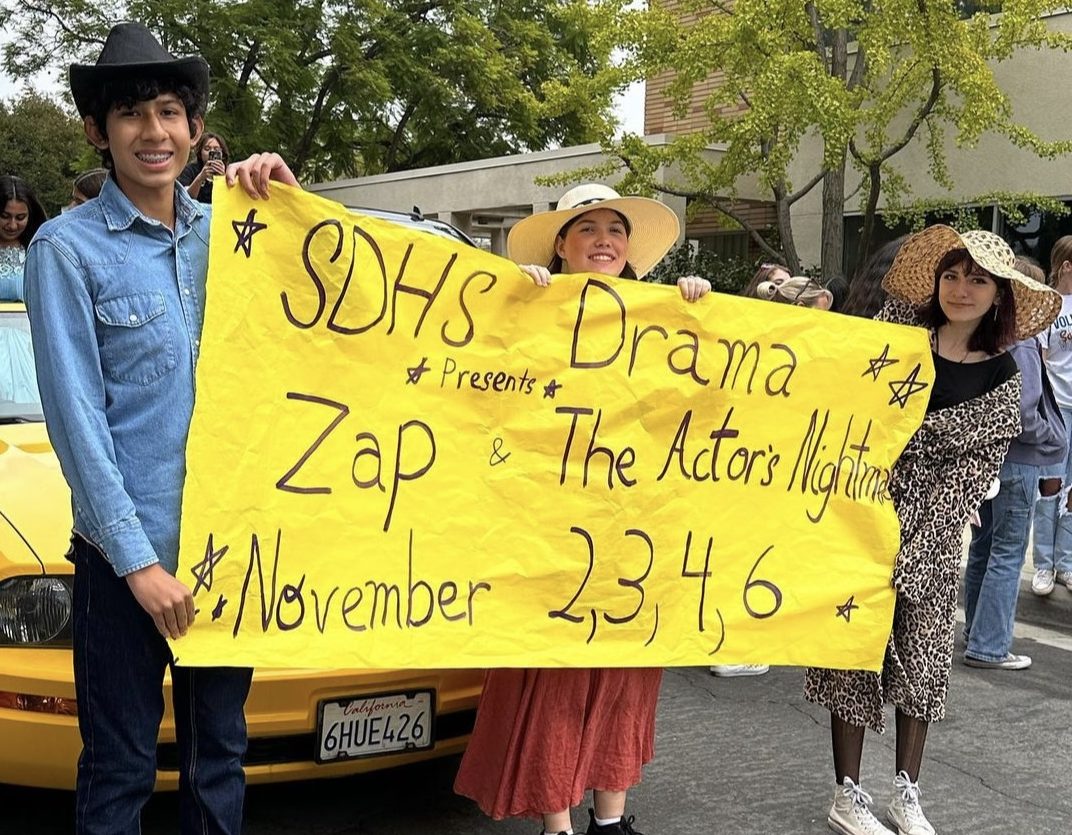 Mindset Behind the Scenes

Drama crew and their mindset preparing for their upcoming performances.

While San Dimas High School drama actors prepare for their performance of “Zap” and “The Actor’s Nightmare” the drama crew is really the backbone of what makes the performances outstanding. Drama crew devotes their time and energy at rehearsals to ensure tranquility within the environment during the preparation of their performances. Although the process of preparing for shows comes with lots of commotion and stress it is because of the stage crew that everything comes together well.

Stage crew and quick costume advisor Lauren Miranda(10) says she is the person getting actors ready before and in between scenes, and on top of that her job in stage crew is to guarantee everything is in place and runs smoothly. Miranda says her job is, “a lot of memorizing the show and running around getting everything ready for when the show gets up which happens pretty fast, but in the end it’s really rewarding seeing it all come together,” Sophomore Lauren Miranda said. Miranda goes on to explain in depth how her roles in the drama department are extremely important and crucial to make certain the show does not disappoint.

With constantly having rehearsals that go on to be hours on end Miranda explains that to be able to do a job with as much as responsibility as hers your mindset needs to be a certain way.The job of stage crew is high stakes and much responsibility, so your mindset has to be able to regulate all the factors of taking care of the actors to making sure everything from lighting to costumes are in place. “The mindset is being focused and balancing nerves and excitement so the show can still run smoothly  but have fun while doing it,” sophomore Lauren Miranda states. Miranda continues to stress the importance of having fun while rehearsing and preparing for the show even though your mindset needs to be focused.

The drama crew are really the people who keep everyone together and make sure the plays run well. Drama crew do not receive the recognition they deserve when they are the ones behind the scenes working hard for the actors. In the upcoming performances of “Zap” and “The Actor’s Nightmare” , the drama crew is working hard with a great mindset and still having fun while producing outstanding shows for this November.