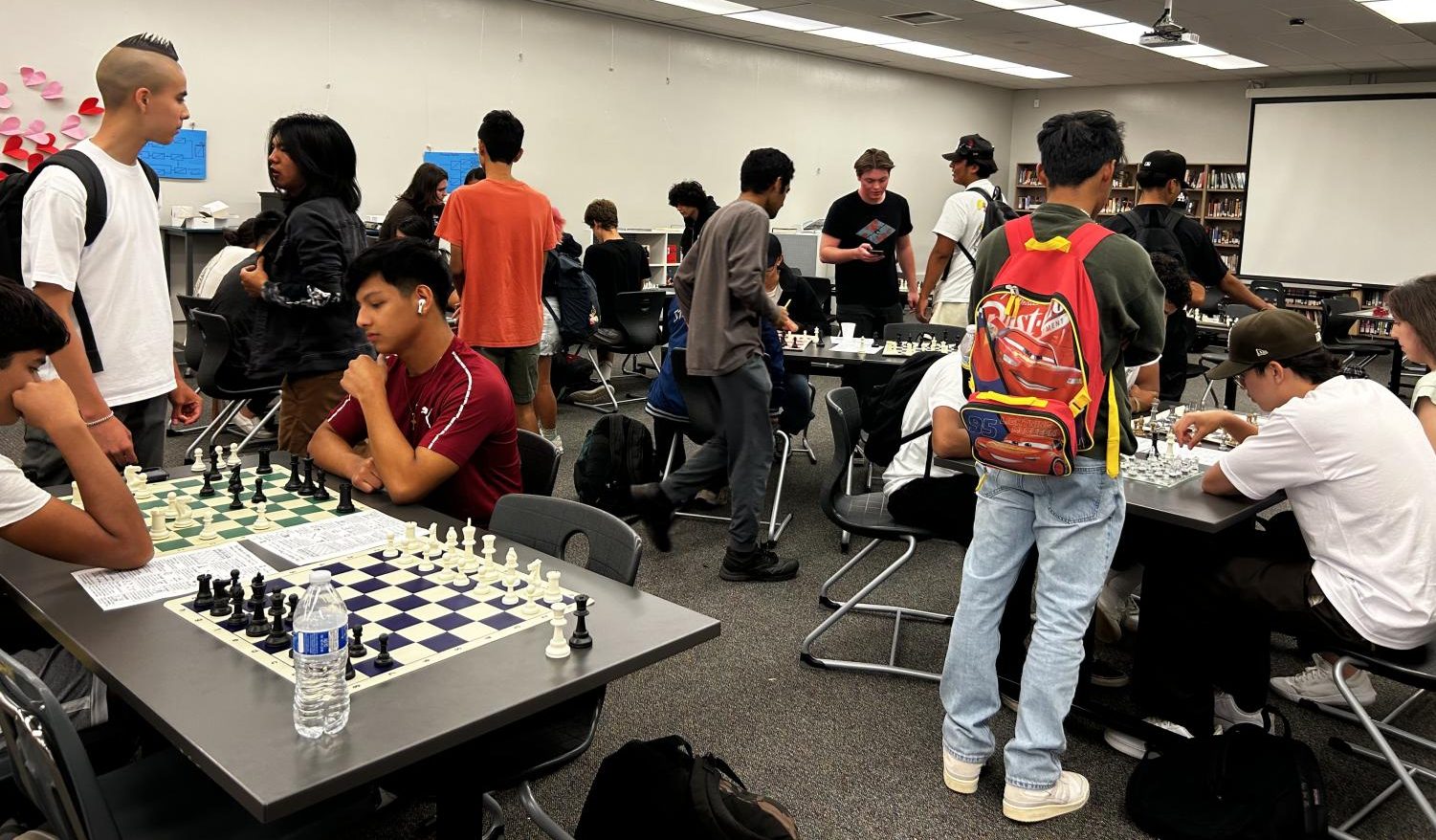 The Media Center filled with various students all participating in the tournament either by playing or spectating.

The Media Center filled with various students all participating in the tournament either by playing or spectating.

On Oct. 3rd – 6th, for the first time in San Dimas history, a chess tournament was held in the Media Center, and later the quad. The event was organized by senior Sergio Villarreal and senior William Kamiyama, both members of the national Spanish Honor Society; and Chess Club President, senior, and former Prom King Himal Malik.

The tournament consisted of 32 players, both novice and advanced, in two separate brackets. The tournament was organized in honor of Hispanic Heritage Month in order to represent the cultural importance of chess in Spain. The winners of the tournament were senior Jared Marcelino for the advanced bracket and senior Wilson C for the beginner’s bracket.

The winner of the advanced bracket came as a surprise to no one, not even himself. “I was pretty confident,” senior Jared Marcelino said. “It was either me or William that were the favorites, so yeah I was very confident.” When asked about his prior experience he replied, “I knew how to play chess since 8 years old, but I got more serious over the lockdown…that’s when I started practicing online, and playing with more people.”

While chess has been around in some form since ancient times, the modern version that is played around the world today emerged in Spain in the 15th century.

All of the cultural importance aside, chess is a wonderful game with strategy and prediction. Most often people learn the game from family members or other guardians, which gives the game a loving personal touch. It was wonderful to see San Dimas High School give students an opportunity to play against one another in a friendly competition for the first time ever. This will hopefully spark a tradition that will continue for years to come.