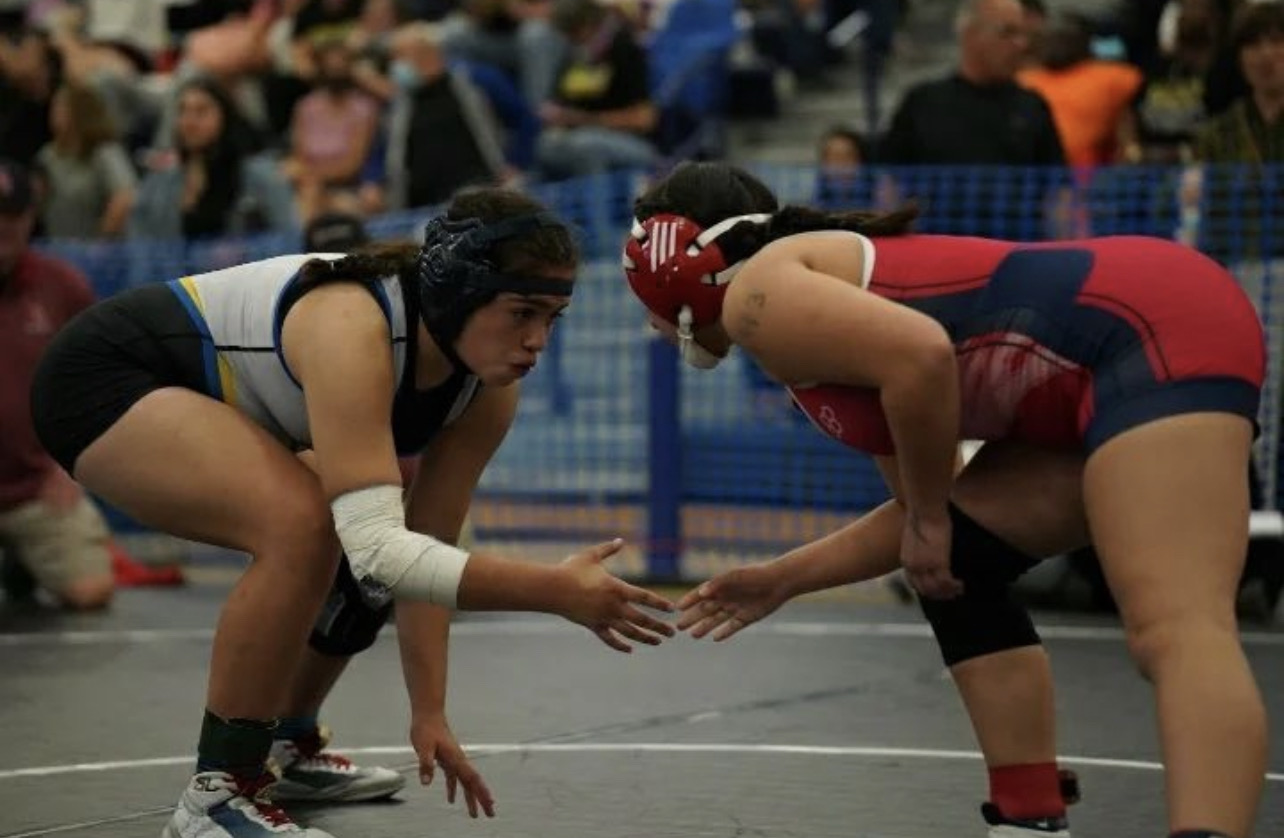 On October 15, 2022, Alani Marrujo (11) became 8th in the nation for girls wrestling, allowing her to receive multiple college scholarships and offers. In tournaments, different wrestlers compete within their same weight class advancing by points made. There are five different ways to get points during matches: the takedown, an escape, the reversal, near falls, and penalty points.

Scoring in different ways is very important to wrestlers because it’s not always about pinning your opponent down. Much like any other contact sport, wrestling is very technical

With over 9 years of experience, Alani is very familiar with the world of wrestling. When asked about the process of these competitions she explains, “you have to wake up super early to go weigh in and it depends on if you’re in JV or Varsity but if you’re in JV you wrestle first but if you’re in Varsity you wrestle at like twelve or two even though you’re there all day.” She mentioned the process of advancing to the next level saying, “there’s a winning bracket and there’s a losing bracket and whoever wins in the winning bracket they advance to semi-finals and then finals and whoever wins that is in first, but for the losing bracket you have to wrestle 7 to 8 more matches to fill in for places like second through eighth”.

When asked about her placing in nationals she was pretty surprised, saying that she didn’t expect to get that far in the match, and she surely didn’t expect the number of offers she received from colleges, especially with the number of injuries she’s sustained within the season.

Going through seven different injuries within my wrestling career the two that affected me the most was my shoulder and my knee, those put me through the most but I have an amazing support system with great coaches and even better teammates ”

With just one more year left of her high school wrestling career, her hard work and dedication are proving to show. With offers from the University of Iowa, Waldorf University, Campville, and Sienna Heights University, Alani is cold hard proof that despite the circumstances or obstacles life throws at you you can still succeed and flourish. The season has just begun with the first official match on the 16th of November and we are all looking forward to seeing just what she has to bring for us this season.