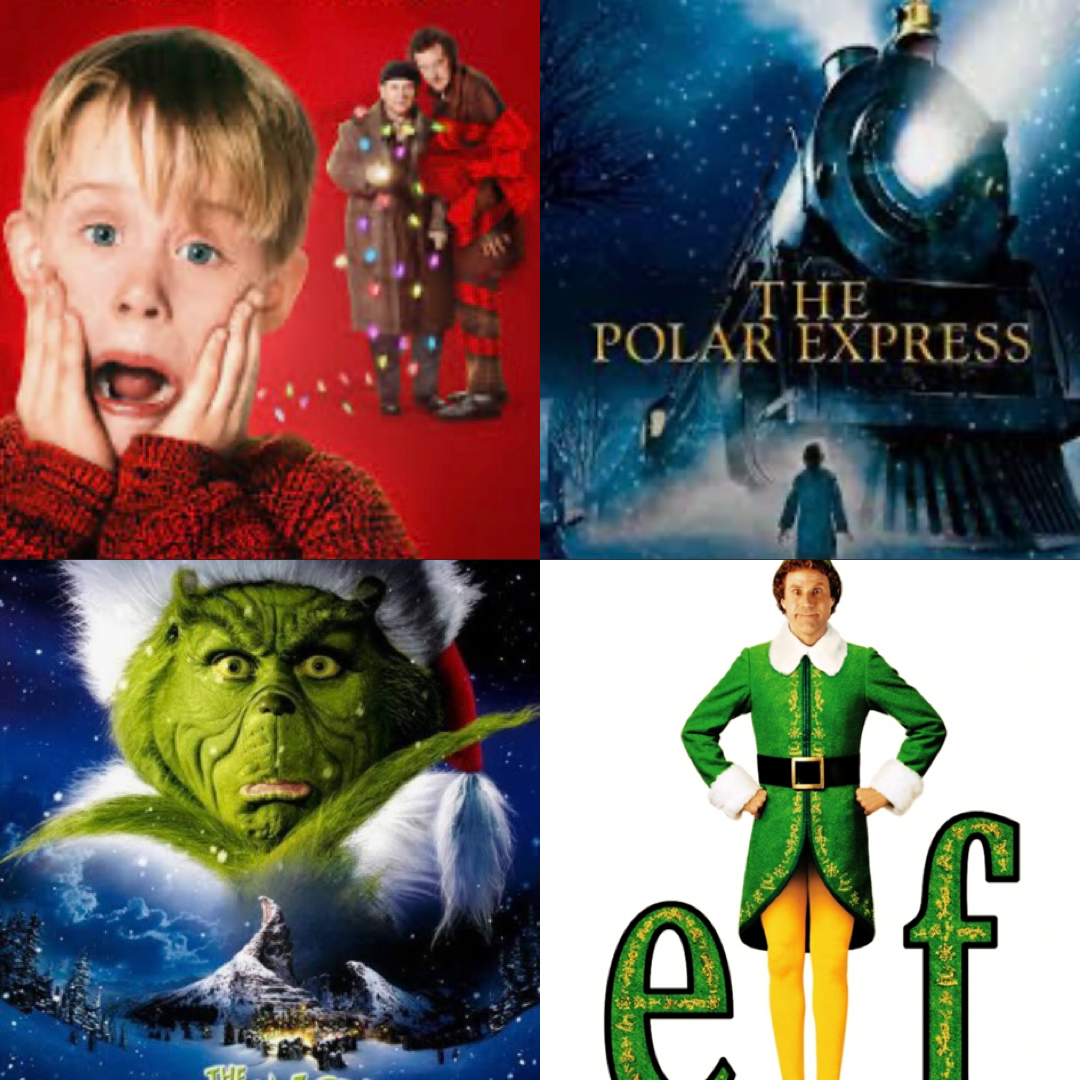 Holiday Movies: 4 to Watch in December

The holiday season is emerging, and the Christmas countdown has started. Following the tradition of getting in the spirit, holiday movies are trending again. Students around campus are getting ready to watch their favorite holiday movies like Elf, How the Grinch Stole Christmas, and Home Alone; teachers are preparing for classroom potlucks and playing Polar Express. This is the perfect time to grab some hot chocolate, a blanket, and a movie snack to watch holiday movies. As December approaches, here are some of the Saints’ favorite holiday movies.

Elf  (2003, comedy/family): The movie Elf, starring Will Ferrell as buddy the elf is a humorous family movie loved by many. This story represents a New York Christmas with a few twists. The story of a boy who wished to know his biological parents after being raised at the North Pole is not only humorous but relatable, besides being raised in the North Pole. This comedic Christmas classic stands out among the hundreds of holiday movies that are available to choose from. Its unforgettable scenes have left an impact on Senior Aiden Jahanmir when he explains why he enjoys this holiday movie; “I like Elf because it makes me laugh, especially when he eats gum off the rails in New York. Also, it gets me in the Christmas spirit.”

Home Alone (1990, comedy/family): The story of Kevin, played by Macaulay Culkin, shows how being a child who acts out can lead to serious, sometimes unintentional consequences. While Kevin sets out to finally be alone in his house, he gets surprised by two burglars that set out to rob him this holiday season. As Christmas vacation comes around, people can relate to the stress of traveling and sometimes forgetting something, or in this case someone. This movie brings laughs and is relatable to traveling families who forget something. The relevant film brings a suspense factor, with thrill and comedy that makes it an enjoyable movie that is quoted because of its unique characters. Katie Kim (12) expresses her love for the movie because it reminds her of her childhood; “I like home alone because I watched it when I was young with my mom. I like that there is action and suspense in the movie. It’s unique.”

How the Grinch Stole Christmas (2000, family/fantasy): The live-action 2000s How the Grinch Stole Christmas stars Jim Carrey, who brings the grinch to life. This tale written by Dr. Suess shows how communities are brought together during the holidays and including all is important. This is comedic, but meaningful story that can be used metaphorically in comparison to inclusion within communities. Also, this story represents the people who do not like Christmas; because of this, the label of the grinch is taken if they aren’t in the traditional holiday spirit. This movie is iconic due to its unforgettable story, which has distinctive characters, like the Grinch. Senior Alyssa Puente explains that she likes the movie because “The Grinch is a funny movie. It’s well-played by Jim Carrey. It’s really the only movie I’ve genuinely liked ever since I was little.”

Polar Express (2004, family/fantasy): The classroom staple, Polar Express, based on a children’s book, is an animated film about a young boy who takes a journey to the north pole with a special train ticket. This movie is watched through dazzling eyes, because of the winter adventure, with beautiful snow falling. Polar Express brings nostalgia to the older kids when they are reminded of it; the memories of holiday parties the day before Christmas break come to the surface and bring a smile to one’s face. Wonder and adventure are two traits this movie is admired for. As the seniors reminisce on their childhood, Faith Gutzke (12) says, “I like that it always reminds me of when you were little because all the teachers used to play it for our Christmas parties. It gives me the ‘home’ feeling.”

Though these movies are well known, they only fit this time of year. Each of these movies provides a unique story, which makes them enjoyable to many different audiences. Coming together this season to watch a Christmas movie is one of the best ways to enjoy each other’s company during December.