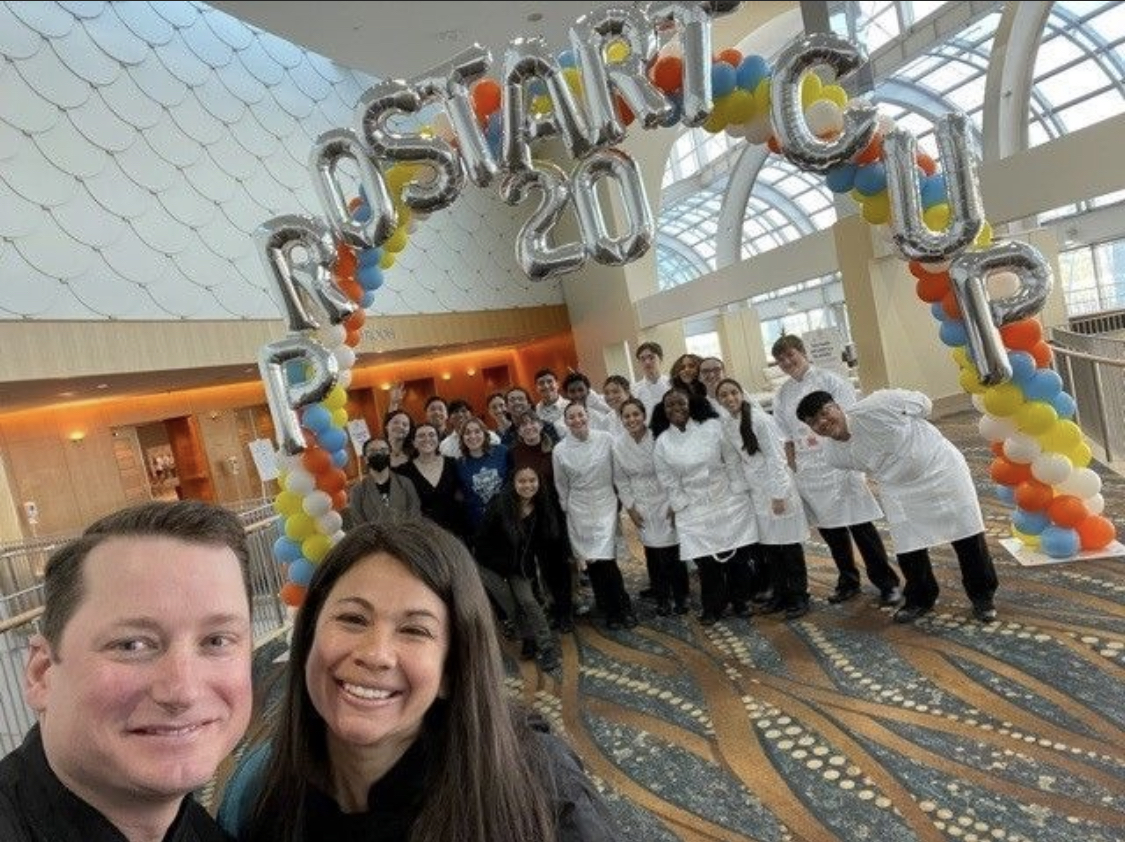 A Look Into the Culinary Team

A glimpse into the fast paced culinary world

When one thinks of tryouts for an extracurricular, what comes to mind? Sports drills? Running laps? Cooking and preparing a multi-course meal? Well, tryouts for the school culinary team, which occurred on Nov. 1, may not be as obvious to some, but others may find themselves shocked at the rigorous conditions required to earn a spot on the team.

Mr. Brandler, the advisor for this team and culinary teacher at SDHS, explained that preparation is one of the most important things he looks for in applicants. “It’s not just about the cooking skills. I can teach someone to cook, at least enough skill to cook their part in our competition. I am looking for cooking skill, but I’m more looking for if they’re running a clean station,” advisor Brandler explains. He stresses the importance of the small details of the cooking process that bring a recipe together. He later describes how he values the ability to take constructive criticism, saying, “during the entire time we are practicing for competition I am giving them constructive criticism. I am giving them feedback that I want them to apply.” Being able to learn from others is an important part of competing.

Senior Audrey Lopez described the many skills that are put to the test. She recalled, “you make multiple courses of a meal in an hour, and you must raise your hands and signal that you’re done.” She explains that the limited time is put in place in order to mimic the quick-paced environment that is the culinary competitions and future work endeavors. She later explains the preparation involved leading up to the actual cooking. “You start, and you have 15 minutes to prep. You can’t cut up anything but you can set out everything that you will need in order to start cooking,” says Senior Audrey Lopez. Every aspect of the process is considered, and preparing the workstation can set the standard for how well your meal will turn out.

These rigorous tryouts are meant to challenge aspiring chefs on all levels who hope to compete in culinary competitions and learn to be critical thinkers and team players. These competitors will be the future restaurant owners and head chefs preparing some of the world’s greatest meals.