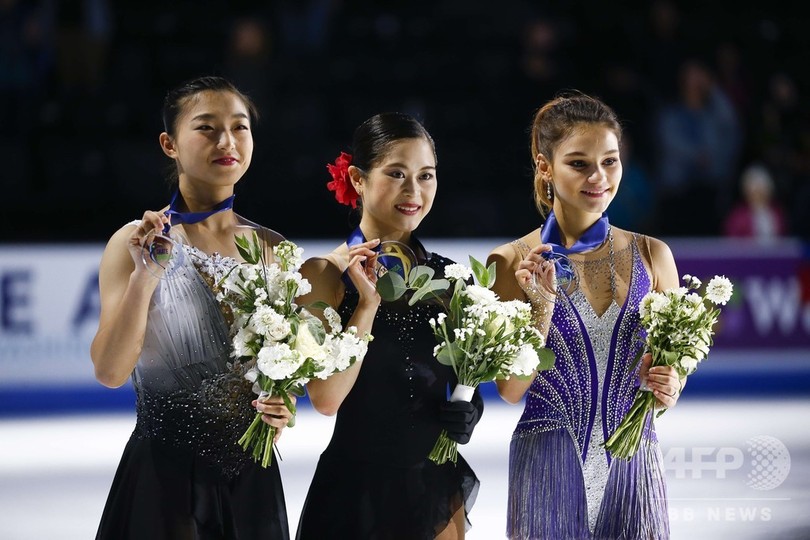 As the Olympic year winds down things are just getting started for our U.S. women’s figure skaters. There are many competitions leading up to the U.S. Figure Skating Championships in Detroit, Michigan.

This past month a very important competition called Skate America was held in Seattle, Washington. All eyes were on our U.S. Champion and Olympian  Braide Tenell going head to head with Olympian and four time Japanese champion Satoko Miyahara.

As the women’s Free Skate began on the morning of October 21st. Starr Andrews was placed in the first group after the short program. Andrews needed to get at least a score of 103.43 points to take the lead, but during her free skate she decided to single her triple lutz in the first few seconds of her program. Towards the end of her program, she nearly landed her triple-triple-double combination, giving Andrews the score of 94.53 points, leaving her in 9th place overall.

After the first group was finished it was time for the final group of the day, Bradie Tennell was first to go. As the music began she gets ready to open up with a double axel, and lands it well. Towards the middle of the program she two-footed her triple-double combination. Tennell earned the score of 192.89 points that would put her in 5th place.

As the competition went on, Satoko Miyahara took the ice and hit every element beautifully. Miyahara didn’t miss a beat earning a total score of 219.17 points ranking her first place. Now it was time for the final skater, Russia’s 16-year-old Sofia Samodurova. Samodurova skated very powerfully with elegance landing all of her jumps well. She received a score of 199.87 points.

As Sofia Samodurova received her score, it was well known by the audience that Satoko Miyahara had won the gold for Skate America. This left Kaori Sakamoto of Japan in a gracious second place and Sofia Samodurova in an honorable third place finish.