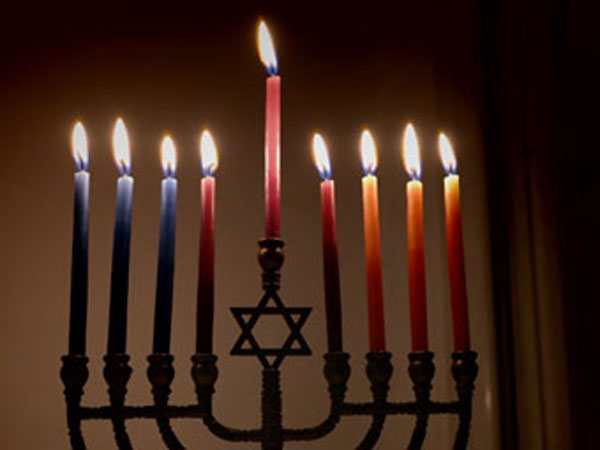 Hanukkah: The Festival of Lights

In our predominantly Christian society, it seems as though other religious holidays get lost in the hustle of the Christmas season; overflowing lights, cliche Hallmark movies, and Santa decor overshadow timely holidays like Hanukkah. While the Jewish community dwindles in San Dimas their traditions and heritage burn on strong as they carry on the traditions of their ancestors with each candle lit.

Senior, Monica Pastor, explains how she maintains a connection to her Jewish faith, “Most times I find it difficult to embrace my Jewish heritage because of the fact that I am one of few at our school. There lacks a real community here and I feel at times that it can be a burden to constantly be the representative of my faith. I try to keep it alive by honoring basic principles and reconnecting with members of my temple through Shabbat.”

Hanukkah is a very special Jewish holiday that commemorates a moment in history when Jews had risen up against their Greek-Syrian oppressors in the Maccabean revolt after eight days of trying to rededicate the Second Temple. A miracle occurred as there was only enough oil to light the menorah for a single day but the flames continued to flicker for eight days allowing enough time to replenish supplies. This event inspired what is known as the festival of lights leading to the traditions we now have today including the symbolic lighting of the menorah, games, and traditional foods.

Pastor explains her favorite holiday traditions and memories, “I think my favorite part has always been the preparation of food, especially making challah bread. It’s something so simple but it has the capacity to bring family and friends together which I think is at the core of the holiday season.”

As with any Holiday, its meaning can get lost in the marketing and consumerism surrounding it but Hanukkah holds a special significance because of its emphasis on the simple gathering of family and the lighting of the menorah. A ritual that requires so little but means so much in commemoration of faith and history alike.