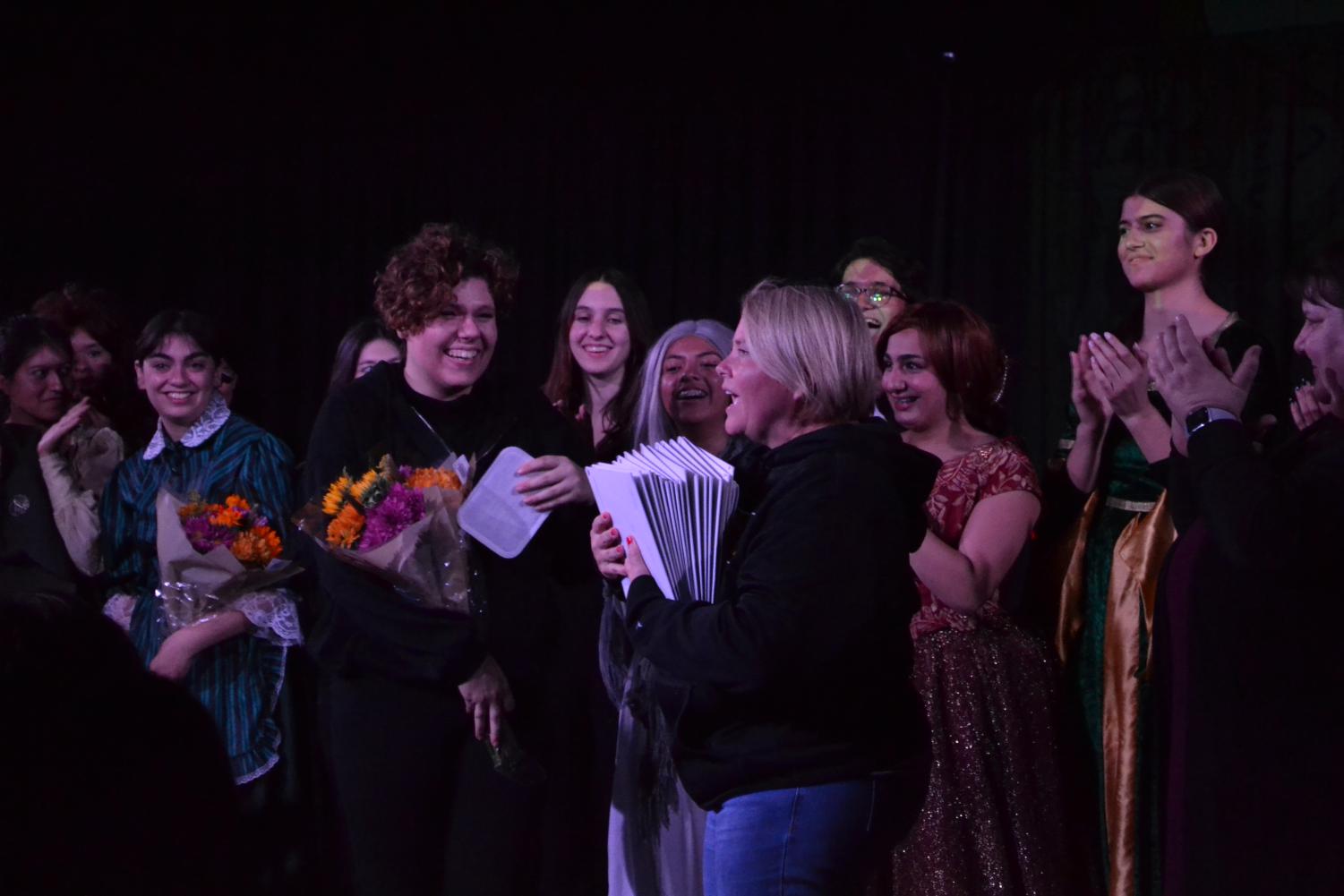 “Zap” and “The Actor’s Nightmare”: A Show to Remember

The beginning of November marked the premiere of Zap and The Actor’s Nightmare put on by our San Dimas High School’s Drama Department. With six shows across three dates, the cast and crew worked hard to put on a great show. Hours of practice poured into the production, with some of the actors earning certificates rewarding their hard work. Zap’s storyline is unlikely in the realm of storytelling: constantly switching scenes, and yet, managing to break expectations and thrill the senses.

One may go into a play expecting everything to stay glued together in a straight line, but this production does quite the opposite and in a sublime way. Staying engaged throughout came most naturally because of the show’s high-spirit pacing. A bit of dry humor in one scene, and slapstick in the next. Zap has something for everybody.

As we consume entertainment we often forget the hard work that goes into it. Hours of practice on end, memorizing lines, balancing school and personal life, and overall working to deliver a performance. An example of this hard work would be for the character George in The Actor’s Nightmare, where he’s thrown on stage but has no memory of who he is. It is literally a nightmare. He’s forced to put on a show that he didn’t know he was in.

Sophomore Bailey Starlene says, “the toughest part of George was his three-page monologue. It was difficult to learn, but it was fun to randomly burst into it by heart.” Actors and crew for The Actor’s Nightmare had little rehearsal time according to Starlene. “I think we only had five TAN [The Actor’s Nightmare] rehearsals and twenty Zap rehearsals. There wasn’t much time to remember lines by heart, act, and know blocking with around 2 months to do it. But we all got to do it in the end and it was so fun to do.” Starlene also portrayed Clifford and Aaron in Zap. Despite the short time the cast had, you’d never know. The cast’s talent and skill carried through and made it an immersive experience.

With a constant change in characters and their personalities, actors had to work extra hard to not lose their pacing in their lines. Junior Steve Moreno says, “it was a lot harder than normal to really get into character because the character I was playing was me. I had to pretend to be a person putting on a show that goes wrong.” Moreno says that making a character out of Irv and Luke was difficult. “It was really a struggle differentiating in my mind if I was the one acting or if my character was.” Actors had to balance multiple roles in a multi-faceted play, and all of them were delivered with a masterful and polished effort.

Zap and The Actor’s Nightmare was something new and fresh. Zap challenges the idea of the straight and narrow story while The Actor’s Nightmare is a thrilling and somewhat of anxiety-inducing comedy. Every minute of time spent assembling and rehearsing was well used, obvious by the performance. Please support SDHS’s Drama department, and attend any shows you can. You never know what you’ll love.