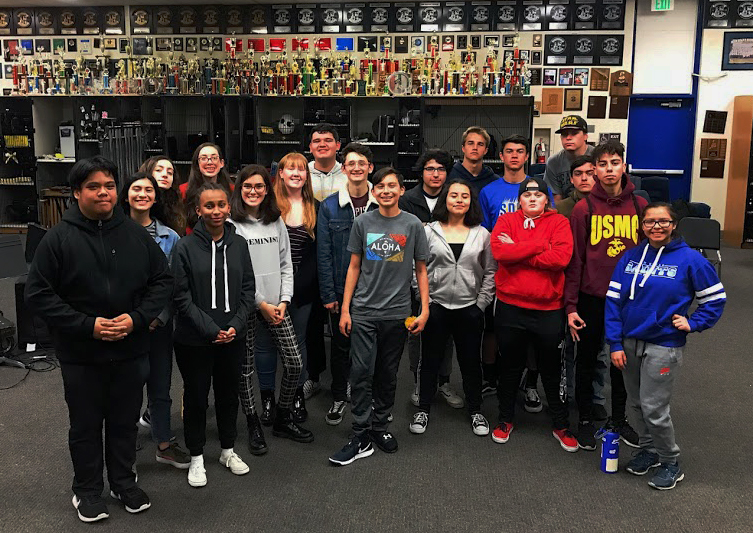 Processed with VSCO with ss1 preset

Processed with VSCO with ss1 preset

There’s No I In “Drumlyne”

In the band at San Dimas High School there is a program that works hard to get what they deserve. You might hear them at lunch or during first period being too loud sometimes. Drumline is more than what you hear, it’s also about what you see. Drumline brings down the thunder

During the months of December through April the drumline practices up to three times a week to get their show to perfection. Even going to competitions on the day of prom to compete against other schools for their final performance.

Amanda Frausto is one of the techs that helps run the drumline along with being an alumni of San Dimas she goes out of her way to make sure that the school she once went to can continue to be perfection. A interview with Frausto goes into depth about drumline.

Frausto: The difference between Drumline and marching band is that Drumline only includes the battery and front ensemble instruments (or percussion), as opposed to both wind instruments, percussion, and colorguard.

How has drumline impacted your life?

Frausto: I have been participating in, and teaching, Drumline for over a decade. Drumline has given me a place to express myself creatively and build a second family.

How would you describe drumline to someone who doesn’t know what it is?

Frausto: I would describe Drumline as an activity that utilizes percussion instruments to convey a story or concept through the performance of a show that is perfected over months of rehearsal and practice.

Not many people know about drumline, its  full of dedicated students who work hard for their title and are proud to be representing the school. They are confident in what they do and it shows in how they perform in competitions yearly since the early 2000’s.