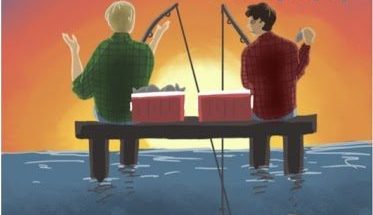 Drama department dives into their imagination

The San Dimas drama department recently held a production that was inspired by the movie Big Fish. Not only was the play about the importance of family values, but it showed the significance of embracing your imagination during life because our time can be limited.

The story is told to the audience using a combination of acting scenes and musical numbers. A large factor that made the audience feel as if they were there, was the realistic portrayal of the characters, as well as the interactive components that the cast introduced by coming into the audience. As a new character emerged, the mood changed according to the message each character wished to display.

Big Fish follows the life events of Edward Bloom, his family, and all of the unique characters he meets along the way. Each character teaches him a valuable life lesson that shapes him into the person he’s destined to be. Throughout his life, he desperately tries to pass along the lessons he’s learned to his son through the use of imaginative stories.

For the majority of his life, his son doubts his father’s stories and is embarrassed by his tall tales. He goes as far as begging his father not to speak at his wedding which creates tension when Edward disobeys his wishes. It’s the final straw for his son when Edward reveals that his soon-to-be daughter-in-law is pregnant.

Unfortunately, his son doesn’t realize the great man who his father is until Edward is on his deathbed. As Edward is dying, his son starts to realize the selfless and heroic acts his father accomplished throughout his life. His son recognizes that the imaginative stories Edward shared with him were to inspire him to live his greatest life with love and passion. His son lets his legacy live on by passing the stories his father told him down to his own son after Edward is gone.

The story presented an array of emotions similar to the ones we experience in real life. The story also taught the importance of imagination no matter your age. Big Fish taught us that a life lived without imagination and passion, is a life not lived at all.