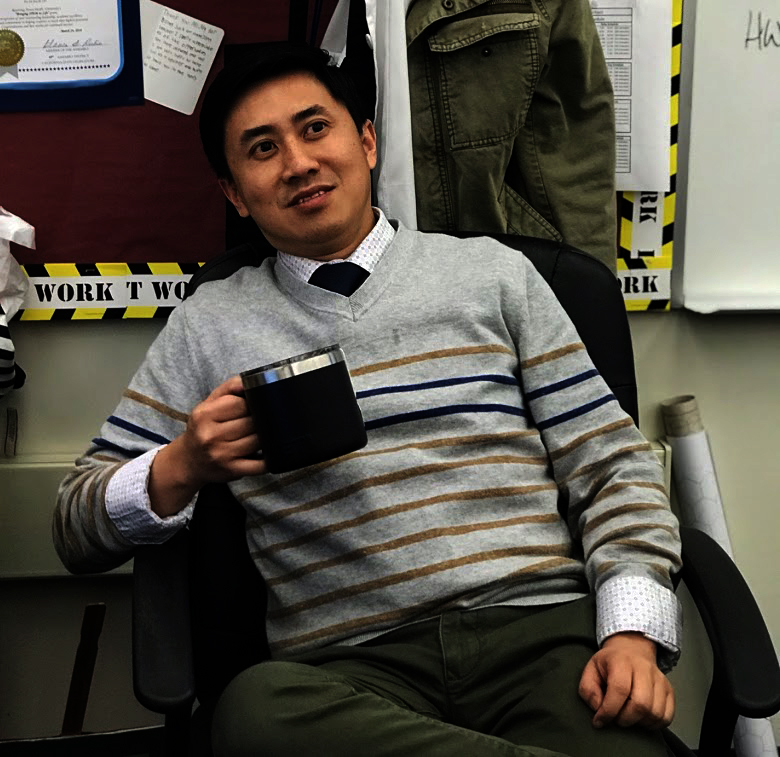 Mr. Ng's secret past is revealed to SDHS

When we think of teachers, we often think of Harvard bound intellectuals that spent their whole lives studying the extremities of literature, or sciences indoors. A rock star, trendsetter, or comedian is definitely not what we think about when we have to go to class and see a professional educator for an hour a day. Their smiles might be cunning, but their histories are far from hidden.

As we cracked down on Mr. Ng, we discovered that he was quite the musician, but not only that, he had done more in his past, something we would never see coming from miles away. Little did we know Mr. Ng was in a band.

Mr. Ng classified himself as a ‘hipster’ and added, “There was a couple of things that everybody did, so like everybody that was kind of ‘hipstery’. We always went to a show on Tuesday or Wednesday, even maybe Thursday. If you went to a show on Friday or Saturday, we would be like ‘idiots’. If you went to a show on any of those days it’s never like any of the good bands, it would be like. the ‘corporate bands’. You would even have to pay, so the best bands would play at Spaceland or Echoplex, all these small venues. So you would go to these bands, and there would always be representatives from a label there, so they would talk you up, and everybody was in that culture. So that was just normal life back then. There were a lot of big bands that came out of L.A. It was just the lifestyle.”

If you thought Mr. Ng finished his entertainment business with music, you’re mistaken. So many students laugh around Mr. Ng because he’s a very funny man with the jokes and charisma to make your day. In fact, Mr. Ng did comedy for a little in his college years as well.

I find teaching very fulfilling. It’s important, and I think I’m a better teacher than I am a comedian”

“Now comedy. How did it go about? I don’t know. It started in college because everyone knew I was writing comics, so everyone thought I was funny. Actually, it was kind of a hustle because ASB was giving out free money to anybody, and I was part of leadership, and I was like, ‘Man, that’s some free money. That’s some free bucks.’ So I was like, ‘I have a thing’. Usually, it would be me and my buddy, Josh. He would bring his acoustic guitar, and like we would be too lazy to practice, so we would just go out there and wing it. So then he would just play stuff, and well, I had to do something, so I would just start talking, and it grew into a comedy bit.”

He recalls why he began, but doesn’t regret ending his sketches as he explains, “So, yeah, it was just for free money really, but eventually I went on to going on some local shows around there, but it wasn’t a big thing. I have three friends who wrote stories for American Dad. If you go on to YouTube they were part of Channel 101. It’s like a more ‘hipstery’ dark humor. One of them was even the head writer for Gravity Falls. So if I just stayed in comedy, maybe I would’ve made it, but I didn’t. I find teaching very fulfilling. It’s important, and I think I’m a better teacher than I am a comedian.”