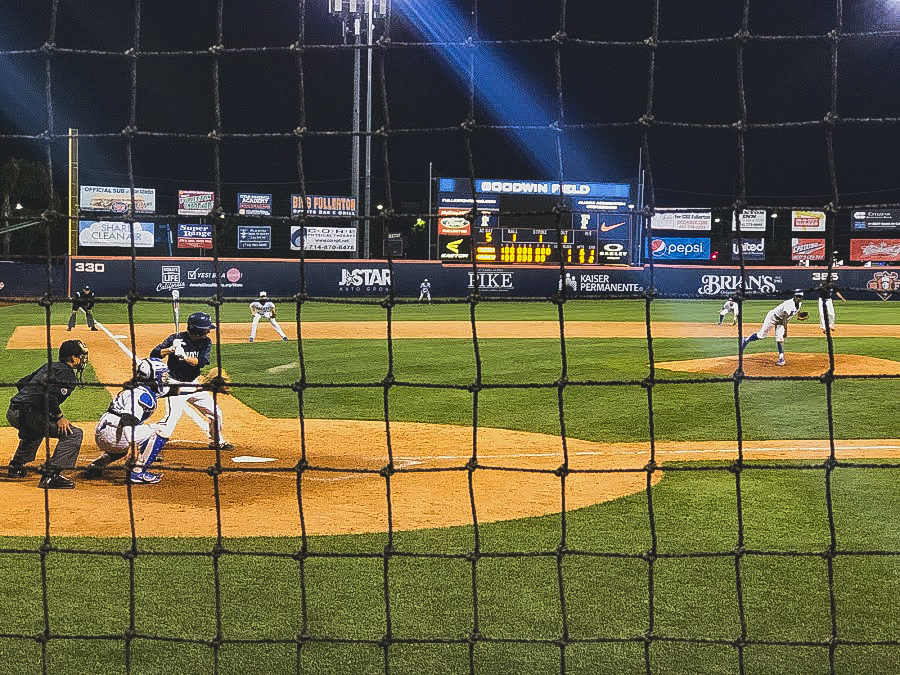 The teams that participated in this tournament are: Mountain Ridge High School, Pleasant Grove, Beckman, Birmingham, Gahr, Shaker Heights, El Dorado, IMG Academy from Florida, Redondo, Jordan, Santiago, Horizon, West Ranch, South Hills, and Bishop Amat. The National Classic is sponsored by Adidas and all teams had to qualify to play in this tournament.

The Saints first game was on April 1st against Mountain Ridge. The Saints were nervous playing their first game, but they went and shut out Mountain Ridge with 5 runs in the first three innings. Mountain Ridge couldn’t get past San Dimas’ defense so the game ended with a score of 8-1 a victory for the Saints.

This gave the Saints a huge confidence boost in the tournament after winning their first game with a shutout.

The next day the Saints came back to play against Beckman. This team wasn’t as easy as the first team, but the Saints still outplayed them. This game was back and forth for a while until the 5th inning when the Saints got their first run against them. The next inning the Saints got 3 more runs which secured yet another win for the Saints.

The Saints ended up making it all the way to the Championship of The National Classic Tournament. Ranked number 78, San Dimas would face West Ranch high school. This was new territory for the Saints, especially going against number 2 schools.

The Saints held off West Ranch and no one could get another run in. This all continued for the rest of the game and then went into overtime. The game ended up going all the way to the 11th inning.

Unfortunately, the Saints couldn’t get a run in which resulted in a loss against West Ranch. This was a huge loss for them but, they walked out and displayed positive sportsmanship. After the game, many parents from the other team tried starting fights with our parents and even our players. The Saints still had their heads up, even though they lost. They made it to the championship of one of the hardest baseball tournaments.

Michael Stowell was interviewed about his experience:

How did your team feel when you were entered into The National Classic?

Going into the National Classic we were very confident that we were going to play well and win games. We had no doubt in our abilities to win the whole thing. Sadly, we lost the championship game in ten innings, with a score of 2-1. But we had no doubt going in that we could beat anybody we faced, no matter how good they were.

Were the teams a bigger challenge than any other team you guys have played before?

Every team in this tournament was chosen to play in the National Classic because they are very good teams. There were teams from all over the country coming to play. There were many Division One schools there as well. But to answer this question, yes these teams were a bigger challenge than any team we have played before.

How would you describe most of the teams in this tournament?

All of the teams in this tournament are very good baseball programs. Every team would have been a challenge to play against, no matter what school it was.