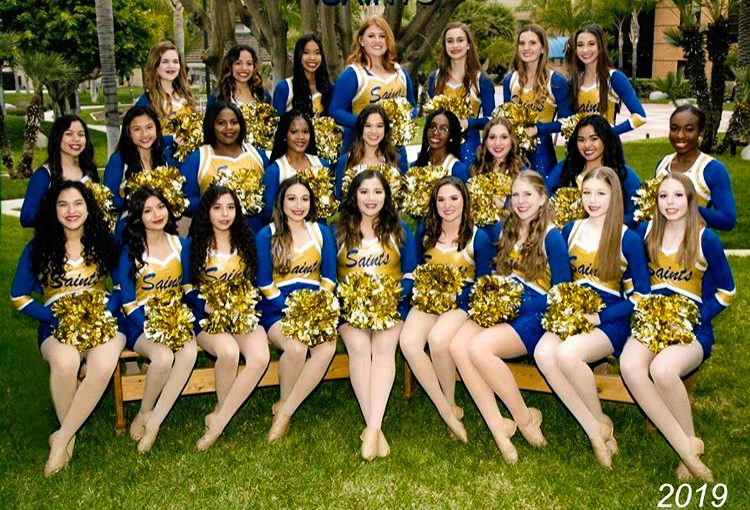 In March, the San Dimas High School dance team went to National Championships and ¨got that bread”. As a new and spirited team, the dance team was ready for what was about to happen.

The hard work and talent of the amazing dancers allowed our Saints to win two separate awards. Not only did they win Best Choreography, which was created by choreographer, Jessica Areas- but, they also came in first, scoring the highest amount of points in the whole competition. With this being said, the dance team would like to say “Thank you” to Diana Boyd for all the time and effort she put into the team to make this possible.

This very group is made up of unique individuals that seem to be flying under the radar. In the midst of everything, these girls have seen endured sweat and pain that has led them to the of joy. Even though there were ups and downs of the season, our Lady Saints have put their best foot forward and deserve to be recognized for their beautiful talent and hard work.

As the competition day came to an end the Saints were so proud of what they had achieved, that Sydney commented that, “I am so proud of you all. We worked together and it paid off.”

Through the eventful days and tired nights, these girls were ready to show who they really were. “Though the dance competition was tough and intense, and the teams were intimidating, we really were ready.”

Sydney, along with the other 25 members of the dance team is ready to see what is next in their future but, also in what the dance team will be capable of.

These special individuals will stop at nothing to see that award again. “Cheers” to the future of the San Dimas high school dance team and what they will do next.