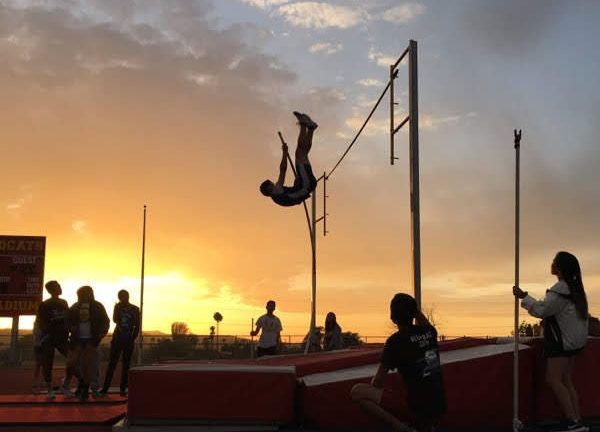 The Scariest Event In Track

The feat of pole vaulting

In Track and Field Pole Vault is one of the most unique and entertaining sports. The pole (commonly made out of carbon or fiberglass) is used to vault an athlete over a bar set at a certain height. If an athlete knocks the bar down they have to go again. Each athlete is given three chances to make specific heights if they are unsuccessful, they are out.

Pole vault is an event that requires a great amount of discipline, concentration, and practice. Before one can get on a pole they need to go through at least a day of orientation on how it works. Of course, there is a bit of danger associated with throwing yourself ten feet into the air which is why most pole vaulters start low and build their way up. 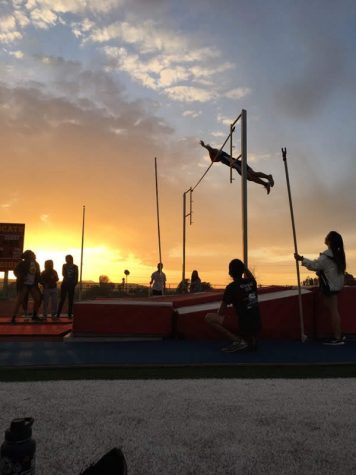 Like all sports, there is always room for improvement. Whether it’s “getting your front arm out or learning not to bail completely out,” Coach Mike comments that there’s always something to work on.

Junior and pole vaulter Andres Calvillo states that you cannot be a quitter when it comes to the sport, “it is inevitable something is going to go wrong, but you just have to keep going.”

Bravery plays a large role in pole vault. A large part of the sport is being able to go out and actually do it while often times being scared to death. Pole vaulters are constantly facing those fears.

Coach Mike, the pole vault coach, has helped many people learn to pole vault and is responsible for many pole vaulters going to CIF. This year he has helped Teddy Diaz reach 13’6 and go to CIF for pole vault. Teddy now holds the school pole vault record on Athletic.net and he plans to soar higher in the future.