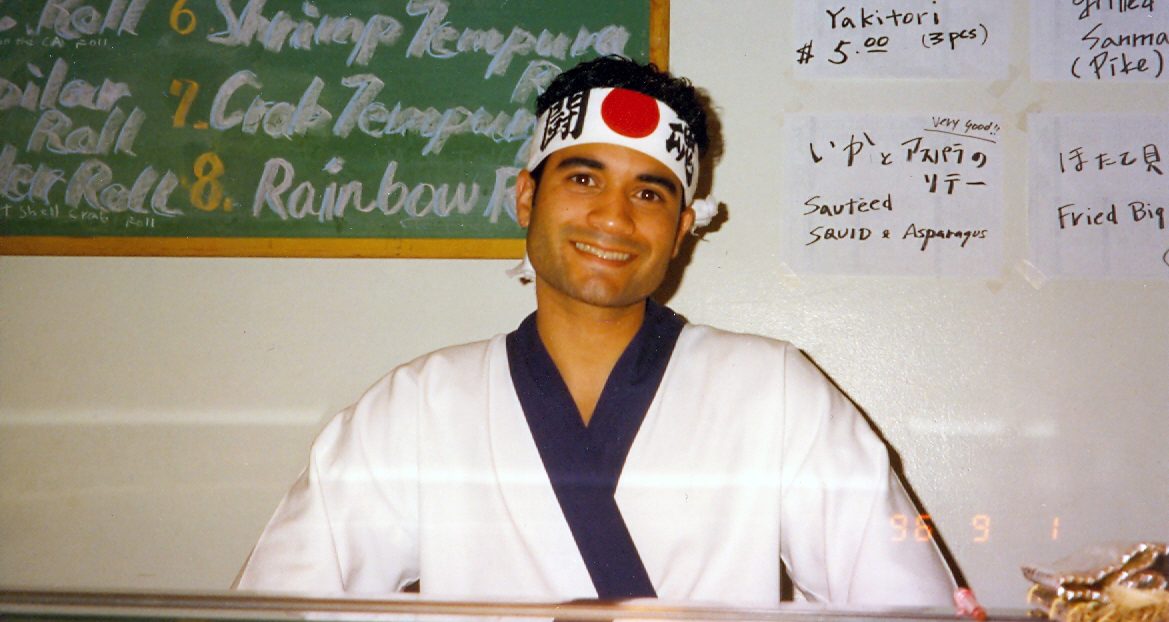 A look into Mr. Black's two years as a Head Sushi Chef

Mr. Dominic Black, we know him to be a jokester, an artist, a music enthusiast. But unbeknownst to most, Mr. Black has always had an interest in the Japanese culture. From studying the Japanese language at UCLA, to being the head chef at Mon Sushi on Wilshire Blvd, he was immersed in the culture and worked hard to learn as much as he could at the age of 22.

Nicu is the shortened end of my name, Dominic. The problem is that it’s also a synonym for ‘meat’. So they were literally calling me ‘Little Meat’”

“I went down Wilshire Boulevard, there was at least 8 sushi restaurants on that street. I started on one end and worked my way west. The sixth one hired me, the rest were like, ‘Are you crazy, what, you’re not Japanese!’ The sixth one happened to be looking for someone right at that moment. I walked in and I asked for the job in Japanese, I had practiced that a lot. I started on rice and the basic stuff you’re supposed to do for a year. About a month in, the head chef quit. [The owner Toyoko-San] said, ‘Nicu-San you’re in charge.’ Nicu is the shortened end of my name, Dominic. The problem is that it’s also a synonym for ‘meat’. So they were literally calling me ‘Little Meat’. Nicusan! Nicusan!”

Mr. Black not only got to practice speaking Japanese but also got to spend time with cooks from Oaxaca, Mexico. Unlike most head chefs, there was no language barrier when the customers would sit at his counter to ask questions. “They were always weirdly surprised that I spoke English…But then someone would yell at me something from the kitchen in Spanish or in Japanese and I was like the go-between. I was the only person who knew all three, a little bit.”

Though he enjoyed the job, there was doubtlessly a lot of ups and downs. “[Each day] there’d be a list of things the owner would want us to do. Prepare rice of course. Cutting chicken, she’d buy whole chickens and we’d de-bone them. It’s all prep until people start showing up…Most days I would just sleep in the restaurant. We all got really used to putting three chairs together and just using it as a bed. [Toyoko-San] paid me $1500 a month. I worked six days a week, lunch and dinner, no tips. Because of that, it was hard to work there. When I did end up quitting it was sad. “