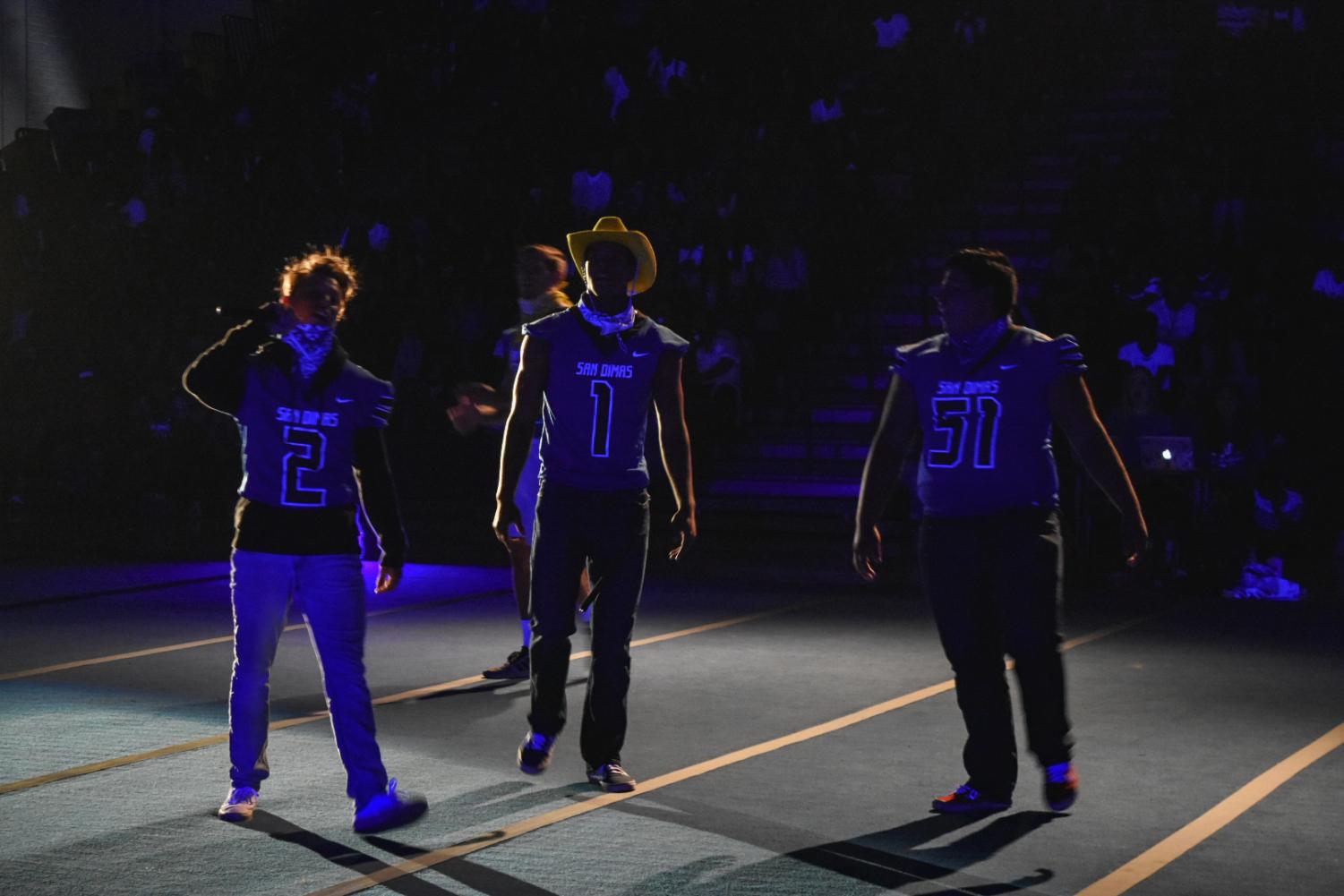 As the time for the annual Smudge Pot game neared, the Smudge Pot Rally was held to pump up students and prepare for the fight against Bonita and to gain back the Smudge Pot. After losing to Bonita last year, the Saints were preparing for a fight.

The rally was meant to hype up the newcomers who haven’t been to a smudge pot game. The crowds were buzzing with excitement because this years game carried a ton of weight due to the fact that Saints were fighting to bring the Smudge Pot home.

During the rally, San Dimas mascot “Sammy the Saint” and Players from the football team put on a show to show Bonita’s mascot (Bearcat) who’s boss. In a show of strength over Bonita, the Saints mascots raised the bearcat and threw them in the trash can. 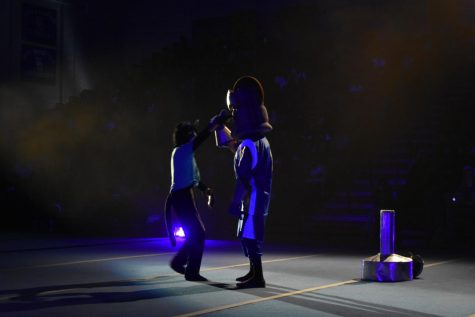 The dance team and cheer performed for the crowd to keep the energy up. Smoke and light effects were also used to add another layer to the rally experience. 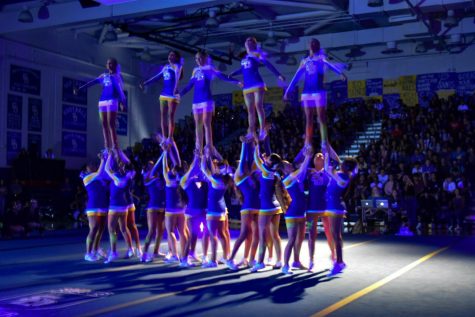 Also, a comedic video was shown of Senior Isaiah Maldonado. The video was skit of Maldonado trying to make it in time for the Smudge Pot game.

In traditional Saints spirit, the rally ended with the crowd joining to sing the Alma Mater, sending of the Saints Football prepared for the Smudge Pot game. 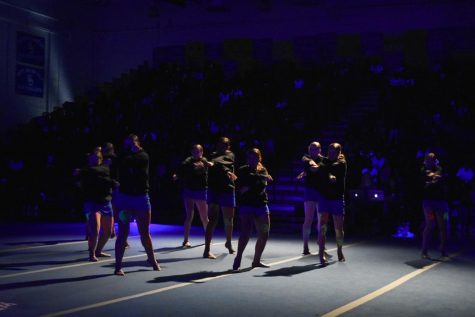