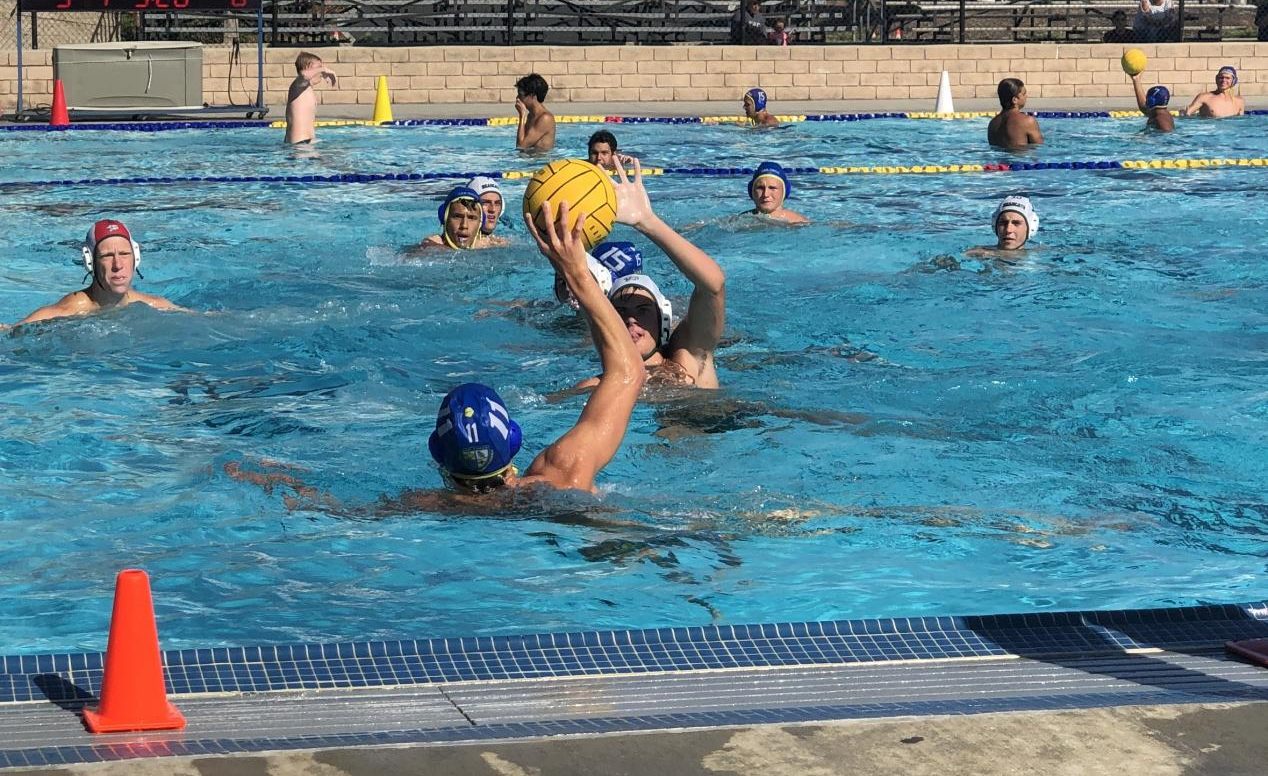 Water polo is a challenging sport, but not so much if you have a good relationship with your teammates. Senior Paul Vincent (PV) Pignotti stated that even with such a small team he believes that, “it’s not just one person’s responsibility, we are a team and it is a team effort to be held accountable when playing a game.”

Being such a small team is hard in such a challenging sport. Senior Tristan Tippett gave some insight on what it feels like to “iron man” a whole game, “Yeah it is tough, especially if it’s a hard team, that’s why it’s such a good thing to have subs but in our case, we only have one so some of us don’t get taken out a lot.”

The small team aspect begs the question of why not many people tried out this year. There is only one reason Coach Danny Feola could give, “Well last year we had 13 seniors on the team, and it’s really hard to replace 13 people who each had their own amazing skills.”

When asked about how he feels towards the future of the team, Feola added, “I’ll never lose hope this year whatsoever, my team is good and strong with some great guys for leaders, I know I can count on them to work their hardest this year.”

“I’ll never lose hope this year whatsoever, my team is good and strong with some great guys for leaders, I know I can count on them to work their hardest this year.””

Feola, as well as the eight-person team all have hope for this year, whereas JV coach Jessee Johnston, is a little more skeptical. “We have some really strong players on JV, but we didn’t get many boys coming out this year. Honestly, it really will be tough if we keeping losing more boys than we get coming out. But we don’t lose hope, we just work harder.”

The Varsity Water Polo team may be tiny this year, but that doesn’t mean their wins won’t be big.,