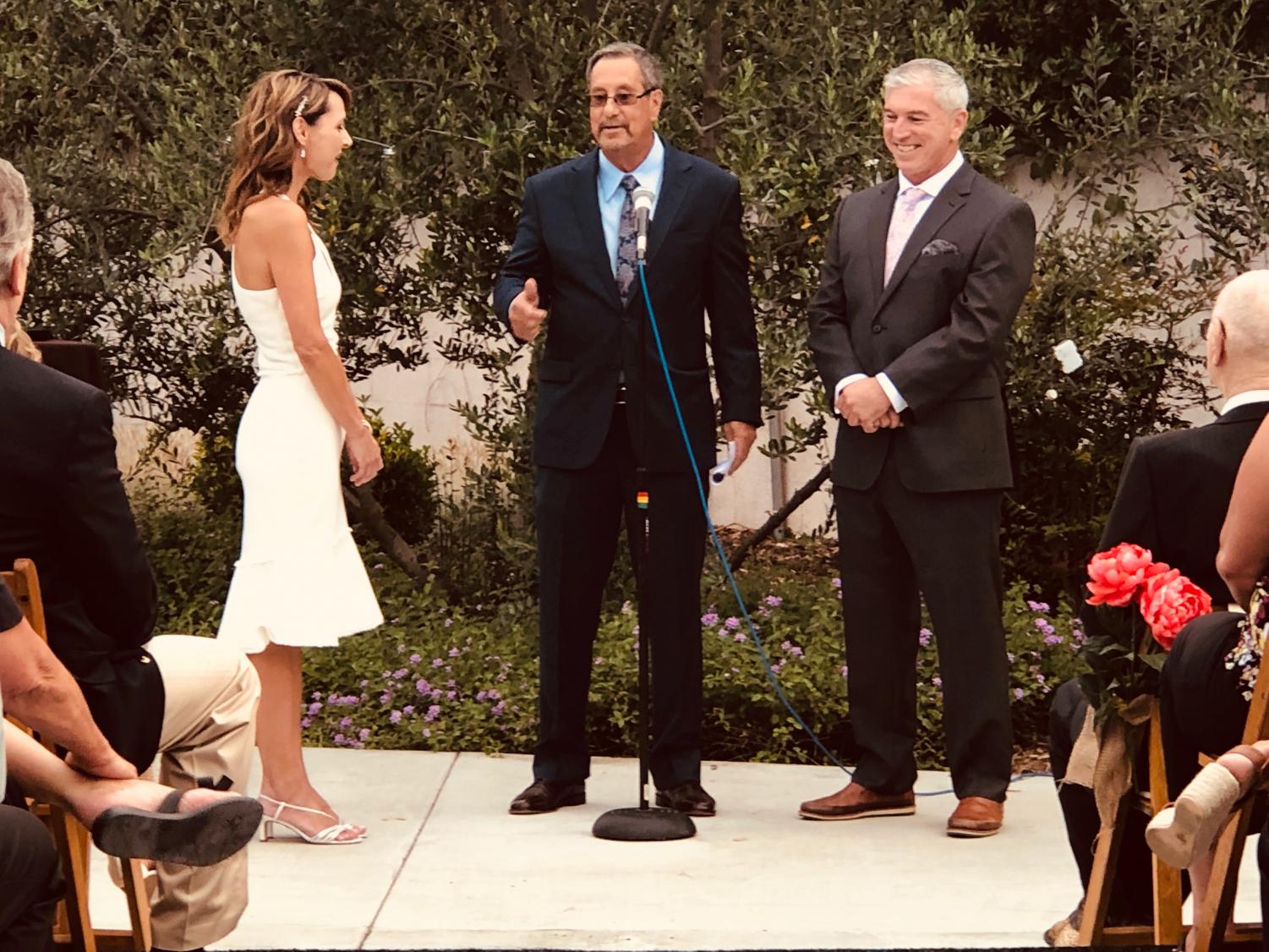 Mr. Beck and wife, Pam at their wedding ceremony

Mr. Beck and wife, Pam at their wedding ceremony

A Summer To Remember

Mr. Beck marries the love of his life over summer

AP Psychology teacher, Steven Beck described a high point of his life that occurred over this last summer.

About 3 years ago, Beck met the love of his life on eHarmony; he had written and posted a poem about the world that caught the eye of a woman who would later become his wife. His now-wife, Pam responded to the poem because she had liked it and was curious to know about the man behind the words. This small connection formed only from a poem, was how Pam and Steven connected.

After really knowing that she was the one, Beck said he decided to propose to Pam and after she accepted, they were engaged for a year. After having been together for 3 years, Beck and Pam celebrated their wedding during the summer.

As school got out, Beck’s new life began. Beck mentioned that for the first month of the summer there was a lot of prep to do in order to get ready for his wedding as he converted his backyard into a lovely wedding venue. He even went as far as covering his backyard pool with PVC and plywood so that guests would have more areas to be seated to watch the ceremony. Beck described this as a moment he’d never forget, “We got married June 29 … [it was] just a momentous occasion in my life.”

Beck noted that the most memorable song of the night was ̈Little Girl I Want to Marry You ̈ by Bruce Springsteen. Beck went on to say that the most special thing about the wedding was writing his own vows, “writing vows was really special and cool to me”, beck mentioned.

After celebrating his wedding Beck and Pam decided to honeymoon in Maui, Hawaii. Most importantly, Beck was happy, and when asked if there was anything he would change about his summer he responded with, “No, it all worked out really well. It all worked out so well that I couldn’t have been more pleased.¨