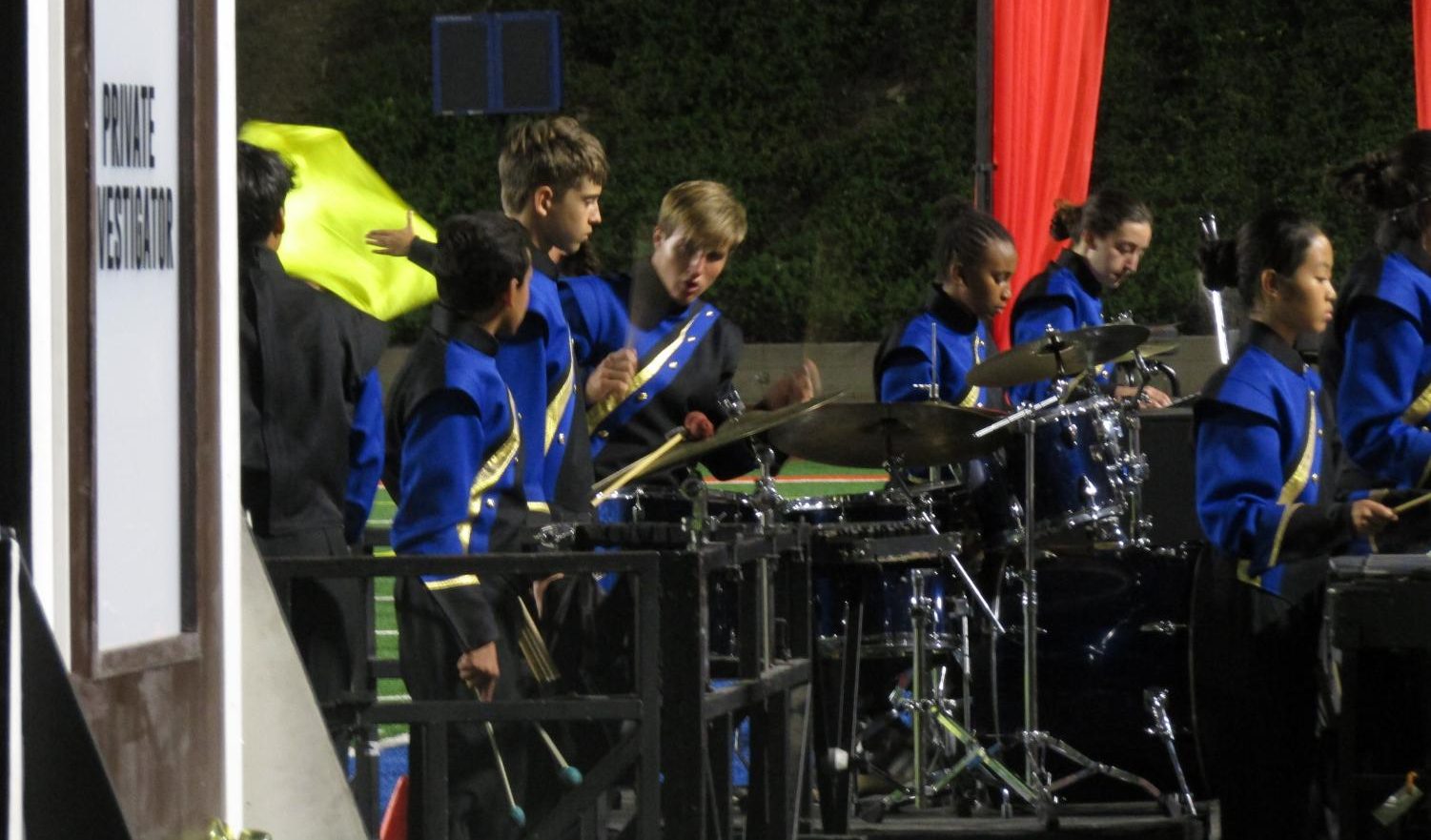 SDHS Royal Corpe steals the audience with a heist.

On the night of the biggest football game for San Dimas, halftime has come. The SDHS Marching Band, now formally known as the SDHS Royal Corps, approaches the field to put on a show portraying a heist. Their intent is to stun the audience by presenting quality music and amazing visuals. The Marching Saints hope that this is the start of a very successful marching season.

The Marching Saints had a lot to prove in this performance, and boy did they ever! Band director, Mr. Sandt, knows this fact and he shows his pride about what the band presented. Sandt states, “I’m proud of them, that’s the worst gig of the year for us. Trying to treat it like a home game, but then not being at our home stadium is really hard.”

Despite the troubles and nerves that the band had to endure, they had

I’m proud of them, that’s the worst gig of the year for us. Trying to treat it like a home game, but then not being at our home stadium is really hard ”

still powered to the end and put on a stellar heist at Smudgepot. 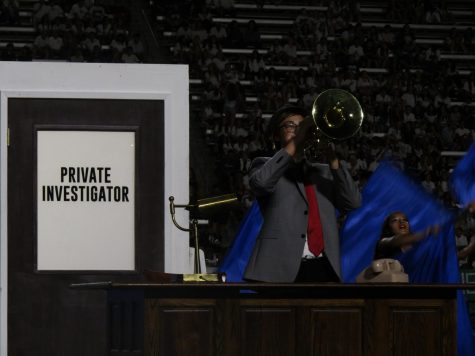 From a performer’s perspective, the show can be very tedious and everything must be done in a proper fashion, especially with a loud audience at a minimal distance away. Senior, Laura Siu, is the one who leads the entire show since the drum major takes care of this role. “Yes, I felt extremely nervous because it was my first time conducting in front of a big audience and I wanted to make sure the band did well so it was a really nerve-racking experience but I’m glad I had it.”

Even though Siu was pretty nervous in front of the rambunctious audience, she had led the performers to a show that was not disastrous and presented a different kind of talent at Smudgepot.

This Royal Corps really left an imprint on the Citrus College football field with such expressive moves. The marching band has a bright future for this season, and Smudgepot was just the beginning.