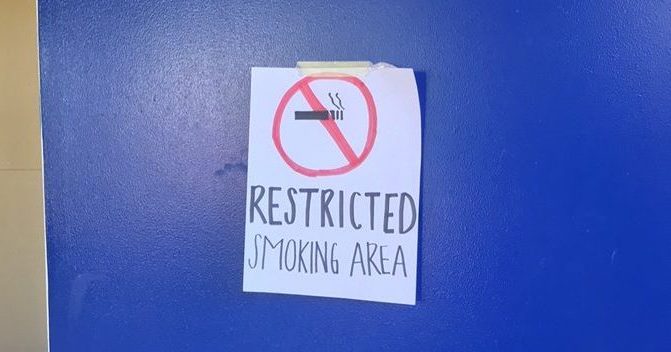 Vaping, the Killer of Innocence

From anti-vaping commercials to anti-vaping campaigns, vaping is trying to be stopped in its tracks, but sadly even with all this effort, it’s clear to see that there is no stopping this era of teens from quitting anytime soon. To see the true impact of vaping on San Dimas High School students, a survey was set up to get an inside look at how many teens have vaped, and why they even started.

100 random students that attend San Dimas High School were surveyed to grasp just how bad the vaping “epidemic” is. Over 50% of students surveyed said they had vaped before, and nearly 10% said that they had even been addicted to nicotine. This could potentially mean that one out of every two students has vaped. When teens were questioned on why they started they responded with, “I don’t know I just wanted to try it,” or, “I was curious as to how it would feel like,” and “I started due to peer pressure.¨

To dive deeper, interviews with students that used to be addicted to nicotine were set up to truly understand what exactly lures teens in. Senior “A,” said she started at just 16 years old. She stated that the main reason she wanted to start was because, “My mom smokes cigarettes, and I wanted to know what it felt like to smoke. I really wanted to try one for some reason so I did, and then I started vaping. It felt like your kind of dizzy and slower than usual, it felt like you could just calm down and focus on one thing.” When asked why she continued to vape she stated, “I didn’t really want to continue doing it, but I had bought a pack of Juul pods so I had to use them all, I wanted just wanted to finish it.¨ She also said that vaping was making some noticeable changes like, “I guess I started to isolate myself from my family and my mom noticed that, and she told me and it made me really sad.” She chose to quit because, “the money, it was just a super expensive thing to do. It was so expensive, I could not let myself spend that much money on it.” Thankfully for this student, it wasn’t difficult for them to kick this addiction.

Senior “B,” said that he started vaping his sophomore year, “My friend just put it into my mouth, and I was like okay, and I just did it, and inhaled it.” He mentioned that, “everybody else was doing it, and I felt like I was forced to.” He continued to vape because he felt like he had to keep up with everybody else and that, “it was really bad I did it every single day.” When asked if his addiction caused any noticeable changes he said that due to vaping, “I couldn’t run, and I couldn’t go on hikes anymore.” He noticed it was becoming a huge problem for him when, “I had insomnia for a good 2 weeks, and I couldn’t sleep.” He decided it was time for him to quit when he heard that, “There were people dying, and I honestly didn’t want to disappoint my family again or put them through something like that.¨ This student quit by giving his vape to a friend so he knew that if he wanted to he wouldn’t be able to pick it up again.

Even though some students are lucky enough to quit, many can’t or don’t know how, but sites like thetruth.com are here to help, and even have completely free programs that can help people quit this awful addition. When ready to quit, just text DITCHJUUL to 88709 to receive help and support along your journey.