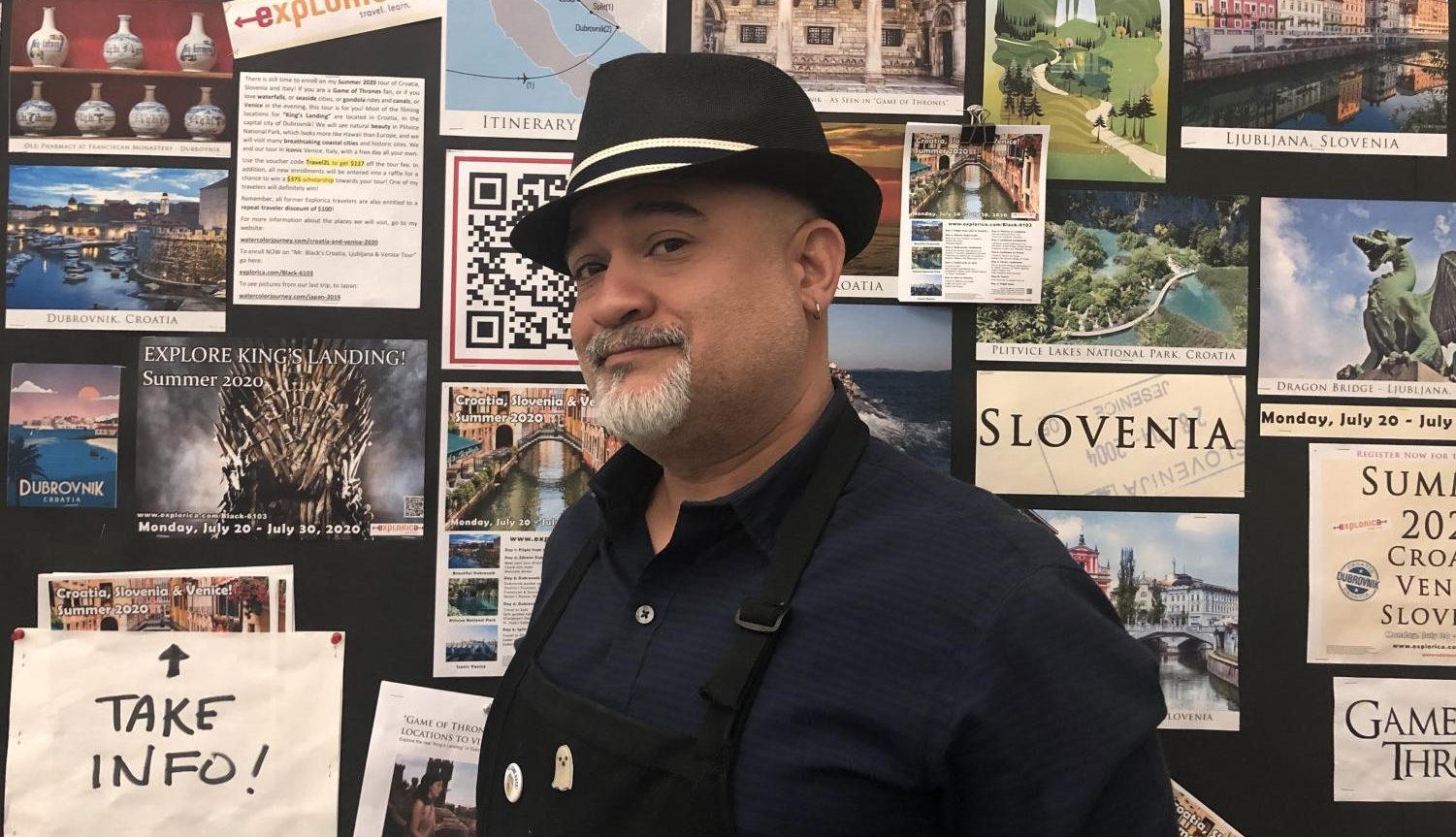 The story of Mr. Black and his perspective on the true beauty and journey of art.

Art is composed of many beautiful and enriching qualities. When thinking of art, one cannot help but imagine the utmost renowned artists and their most renowned paintings or sculptures. People such as Picasso or Michelangelo instantly come to mind, but how did they get there? Whom was their inspiration? When did they begin their life altering journey?

There is no longer an opportunity to personally interview them; however, San Dimas has been gifted with a talented artist itself. A talented artist that has allowed himself to indulge his life to the captivating journey of art. Mr. Black not only creates art, but inspires others to light their internal spark and pour their burning fire into whichever form of art they choose.

Mr. Black began his journey as a young child. When he was younger, it was nothing but a fun activity. As he grew older, he watched his father who was also an artist. His father’s preferred method was drawing. This creative environment allowed Mr. Black to flourish.

As he grew older, he realized there wasn’t much of a future in art. The yearly income of an artist is low, so he decided to study science at the University of Santa Cruz. He was reunited with art once again, as it was part of his general ed classes. At this time, was when he realized he was finally getting his “money worth therefore, it was worth learning.”

He began to retrace his steps and further engage with art. He created beautiful paintings and his first art showing was at a cafe near Santa Cruz his junior year of college in 1994. He described this opportunity as “great” and “full of accomplishment”.

His preferred method of art is composed mainly of acrylic paint, and his paintings usually carry a theme. When looking at his paintings, one thing they all have in common is is that they all have some sort of lines crossing over it to help take his art to the next level.

Mr. Black’s favorite paintings are called Lava and Earthquake. He characterizes Lava as a beautiful painting of the dark Earth, cracked to expose the brilliant light of the hot fiery lava. This is not the only way he views this masterpiece. Another perspective he has on this painting is, “outlawing bishop bikers”. A faint face can be seen in the black areas of the paintings and the lava would act as a colorful background.

The most common misconception Mr. Black has noticed is that, “Many people perceive art to be an easy thing. All one must do is throw some paint on a canvas that they believe the audience will like.”