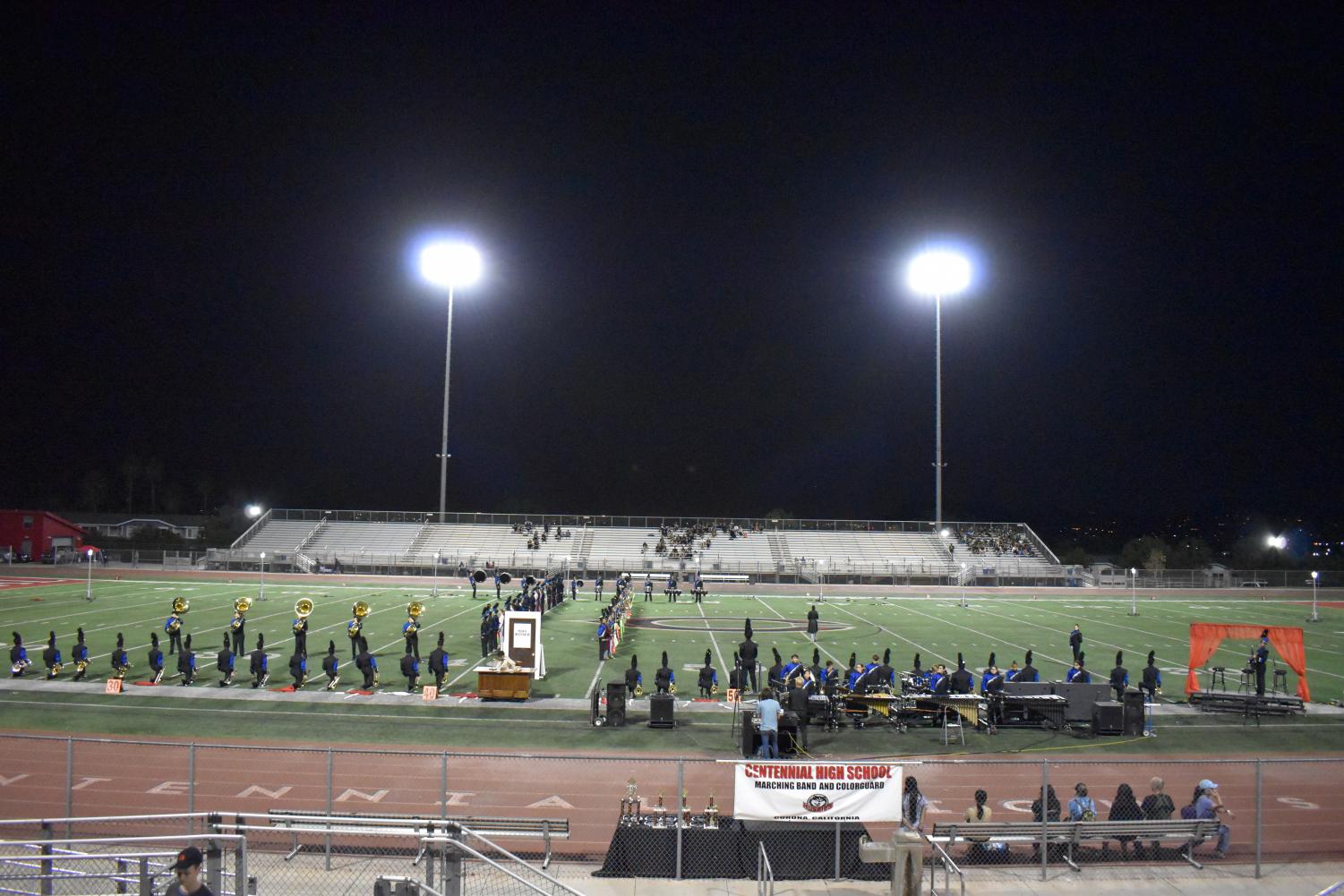 In the city of Corona, California, the SDHS Royal Corps marched onto the field ready for their third show of the year. The Saints are trying to push their way into a spot for Championships. This performance definitely helped their chances to achieve this goal for a record-breaking reason.

The Royal Corps approached the stadium ready to put on a show that would stun the audience. This show had actually broken a record in the school’s history for the highest score in a field show with a score of 82.25. However, no one was expecting such a high score because of the initial thought of having a poor performance.

Freshman, Josh Castillo, had his share of emotion when heard about this record, “I was super surprised because before I was told that we did really bad in that show, but we did well!” It was unknown if this record-breaking score was either by luck or a great rep, but the band is surely happy with the final results of that night.

Even though this show was the best run based on scoring, there is still plenty of work to be done to make the show even better. Senior, Tommy Napoli, has a large responsibility in co-leading the drumline which is named “Battery”. He believes that this group has what it takes to make it to the next level with some practice and focus.”Yeah, I think Battery can grow a lot. The judges pointed out a lot of things that we didn’t know that we were struggling with, and it gave us the opportunity to reflect and build our skills as Battery to improve our scores,” states Napoli.

“Yeah, I think Battery can grow a lot. The judges pointed out a lot of things that we didn’t know that we were struggling with, and it gave us the opportunity to reflect and build our skills as Battery to improve our scores.””

Napoli has been in the mindset of getting better throughout the season, and the judges had some positive comments about this performance. Besides Napoli, this up and coming band has had an overall better mindset and ability to focus, which was definitely present in that run at Centennial HS.

Breaking a record that was unknown to anyone is something special, and that unknown achievement was the result of a fantastic show put out there by the San Dimas High School Royal Corps.