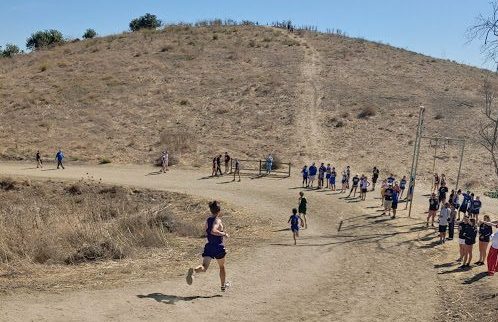 The Most Unique Cross Country Invitational in Southern California 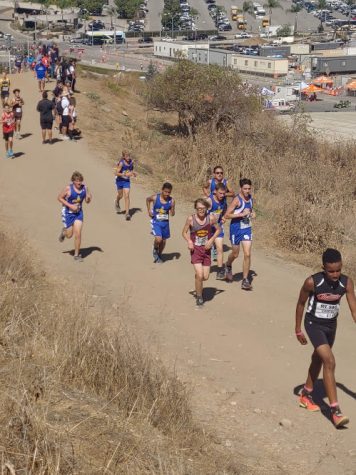 In the sport of cross country, there are many different invitationals and meets to participate in that each has their own unique courses. However, one invitational specifically has gone down in history as one of the most well known, difficult, and unique invitationals to exist; Mt Sac’s Cross Country Invitational has many unique contributions to it that not only attract teams from our state but also teams from several other states that are nearby.

One of the biggest attractions at Mt Sac’s invitational is the course itself, which is unique and considered one of the hardest to race on. The hardest part about the course is mainly the 3 big hills that are incorporated, known to their runners as “The Switch Backs,” “Poop Out Hill,” and “Reservoir Hill”, each hill being harder than the one before. Most people would think that these hills combined with the incredible amount of dust in the air make the course completely unsuitable for running, but thousands of participants still show up every year to take part in the race.

The competition also features many fast and excited runners from many different places that are all eager to race.

When asked about what he enjoys most about these races, junior Jaycub Gatin Licon stated, “the all-around feeling you get from running on the course, being able to compete in a race with so many different schools, and being able to challenge yourself on a big course like this is exciting. But, being able to share the experience with a team like ours makes it even better.”

Junior Elijah Arrington added, “I liked the competition, friendly but fierce at the same time,” and junior Matthew Confer said, “I liked the overall feeling you get while talking to other competitors and teams and everyone being super chill with one another.”

For the individual runners, there was an astonishing sense of accomplishment to those who did well in their race, which was everyone who participated from San Dimas High School.

Sophomore Raul Burris who ran the varsity boys race got 1st place out of 300 other racers and finished at a time of 16:17.8 and secured a 4th place finish for San Dimas overall. Raul Burris has been training to the fullest extent all season to pull out this win. When Raul finished he was “tired but happy” with his place and time. Raul stated that when he runs he has a “strong determination in his mind” and doesn’t let anything around him affect him. He has a tunnel vision and one track goal and doesn’t give up.

Whatever Raul does, it proved to work out in his favor.