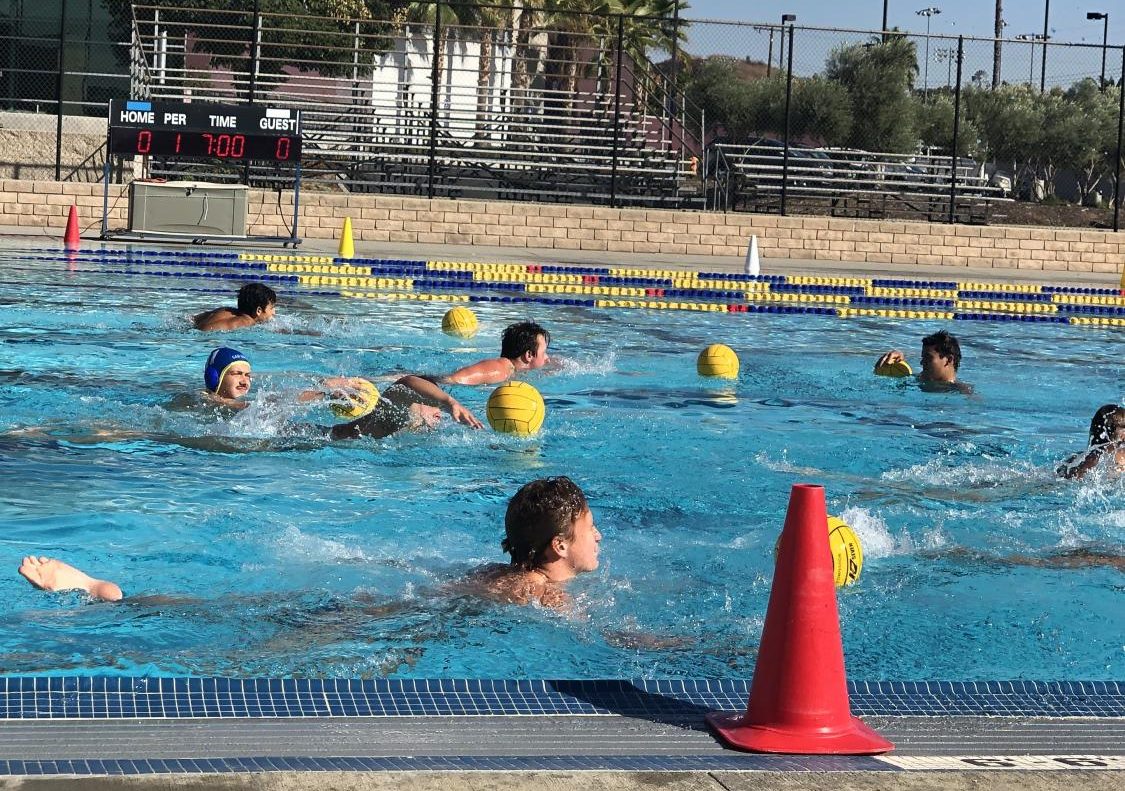 San Dimas is going to have to sadly say goodbye to nine great players after the water polo season, but that doesn’t mean their undefeated championships are going to be over.

The San Dimas Saints 2019-2020 Boys Varsity water polo team had to say goodbye seven of their eight members, after their last league game on October 30th. The seven seniors on varsity and the two on JV were all very humbled after their two-time win against Baldwin Park High School. Although, they still were all sad about the ending of a very fun and important era of their high school careers.

The graduating boys’ triumph and victory, won’t go unnoticed since the varsity team has been league champs for quite a long time. The seniors; John Avila, Cruz Hernandez, Nick Reep, Ben Nance, Chance Santamaria, Blaise Klenke, Tristan Tippett, and Gage Ireland, all of whom have been playing for the last three or four years also shared some sweet words with their coach, Danny Feola, after the senior night game as well.

Having lost such a large chunk of grit and talent from the team, the question was obviously begged, how will this effect the team for next year?

I think the team next year will be alright, and they could even win league again as long as they don’t mess around in practice, and focus.”

Senior Blaise Klenske added, when asked how he felt towards the success of the team for next year. Most responses were positive and focused on growth, just as Junior Leeston Gordon, JV player, said, “It’s definitely going to be rough in the beginning but, if we all try our hardest we can get just as good as the seniors.”

All in all, it was a hard goodbye for the nine seniors. Just as it’ll be a tough up and coming for the returners, but everyone who plays the game has heart. That’s why no one has any doubts about the future of the San Dimas Saints water polo team.