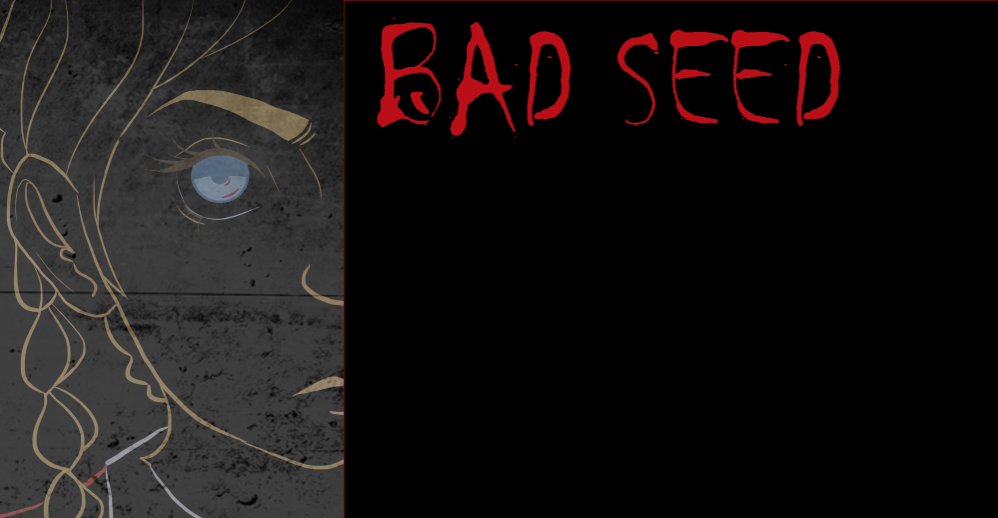 For the first time ever, the San Dimas High School drama club got a chance to perform a horror-based play called “Bad Seed”.

Drama club President Jackie Richie stated, “I always say it’s based on a 50’s horror film about a sociopathic little girl and how her mother deals with the issues that come up with that”.

When asked about the nature of the play, the director, Christian Erickson said “It’s pretty dark, it’s very psychological horror. We’ve had disturbing imagery, but disturbing imagery as in physically not mentally. We’ve never had mental abuse just happen on stage like that.” Even though the play is very “bleak,” Richie says that there are some light points to the plot, “even though the plotline is more serious, it still has comedic factors throughout […] Especially the homosexual outline”, Erickson added.

The play was a new experience and drifted away from the usual “happy” themes that the actors were accustomed to.

Alyssa Duarte, who played Monica Breedlove, said, “I think it’s very different from what most of us have done so I think it has been a new experience and I think everyone enjoyed it. It’s kind of cool, it’s a different theme, a different type of acting in a way. A lot of our shows have been playful and happy and this is more serious and we have to take our roles in the show more seriously.”

Not only was this play a new experience for actors, but also for the directors. Erickson stated that “It was definitely a new experience for Jackie and me because this was the first time we’ve ever directed a show and we had to learn how to put our foot down. We really went into character development and that’s why I think that a lot of the characters that we see on stage are really popping out the way that I wanted to see them. Around the beginning of rehearsal, the Daigle’s were just kind of there and over time they killed it. It’s crazy how much they worked on their character.”

When asked how they felt about the final product and the outcome of the play Richie said, “In the beginning, I was very worried because Christian and I have never done something like this but I’m really proud of what we accomplished as a team because we really did a great job.”