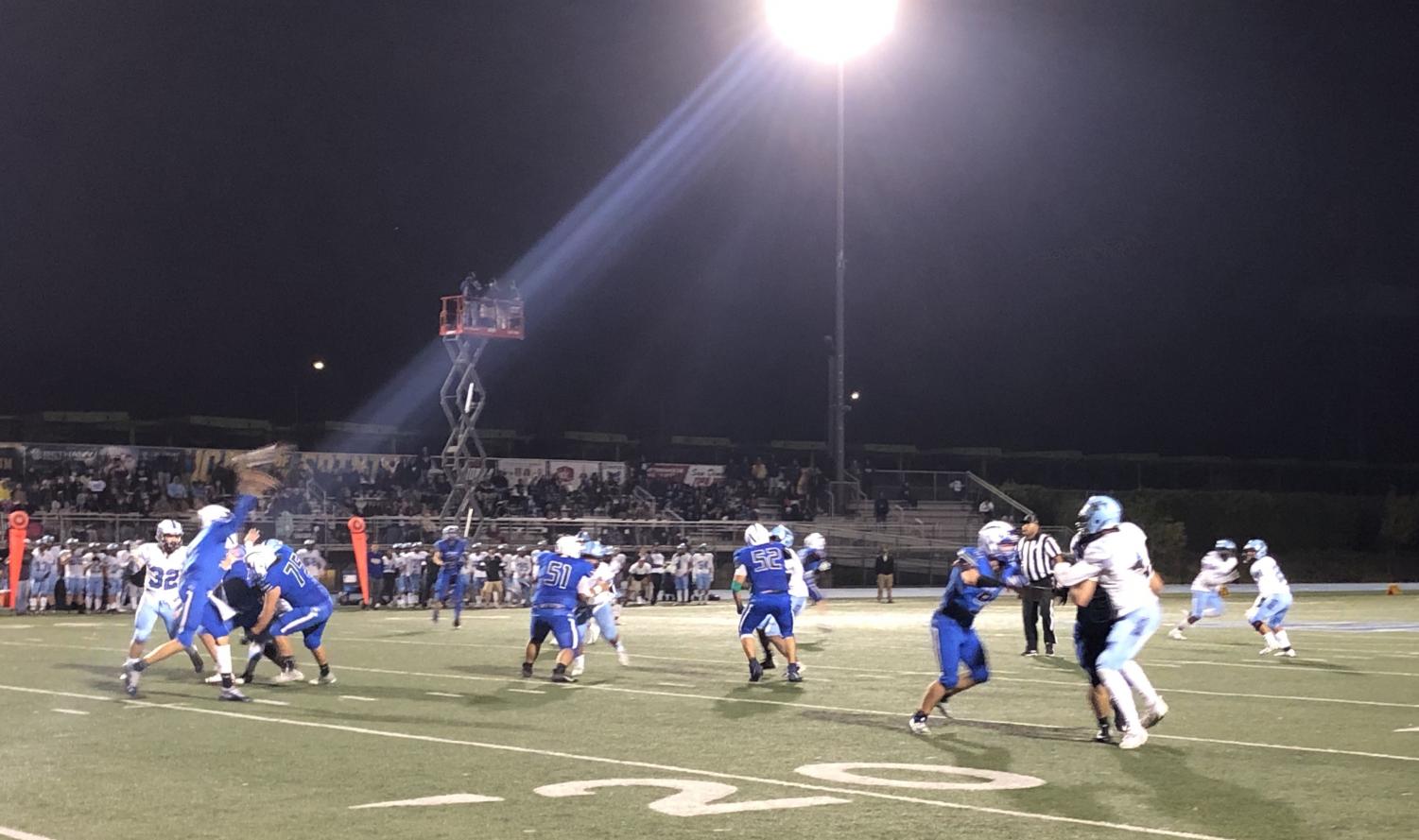 Fighting to the End

On Friday Nov. 22nd, the San Dimas Saints prepared for a football game to remember. It was the Semifinals, and the previous week the football team had broken the quarter finals curse with a win against La Salle; it had been three years since the Saints had made it this far. The Saints had already played 20 games, and just won against the number one school in their division. The Saints were confident in their abilities and were ready to put up a fight. Senior Nico Guerra, along with his teammates went into the game thinking, “This is our year.” On the night of the game, the Saints varsity team marched proudly onto the field with a crowd of hundreds of people watching them, both friend and foe.

The team was hopeful because they had just won against the highest ranked school in their division, La Salle. Guerra mentioned that he, “felt a great pressure to really play great because if we lost in the playoffs our season was over and we wouldn’t get the chance to redeem ourselves.”

The football game started off strong with the Saints moving the ball steadily up and down the field. Each team taking turns making runs and receiving the ball, but it seemed as if it would turn out to be a stalemate. However, North Torrance started to turn up the heat. The Saints found they couldn’t hold up against North Torrance offensively. The Saints tried to keep them at bay defensively for most of the game. Unfortunately, by halftime, the whistle was blown, and the Saints were down by two touchdowns; both scored through paces made inside the 20 yard line.

Guerra explained that, “While in the locker room, the team was thinking that we could still win this. We had won games in the past when we were losing at halftime.” It seemed like they could pick it back up in the second half. This was the mentality of every person in the San Dimas stands as the Saints ran back onto the field ready to keep fighting on.

The team was thinking that we could still win this. We had won games in the past when we were losing at halftime.”

As the Saints came out onto the field prepared for the second half, so did North Torrance. Both teams came back ready to end the game. In trying to put some points on the board, the Saints just kept running the ball and holding off North Torrance as best they could defensively till the very last play. In spite of the Saints efforts, North Torrance took the game with a 14-0 win. Congratulations to the 2019-2020 team on an overall successful season, and way to put up a fight till the very end, boys.