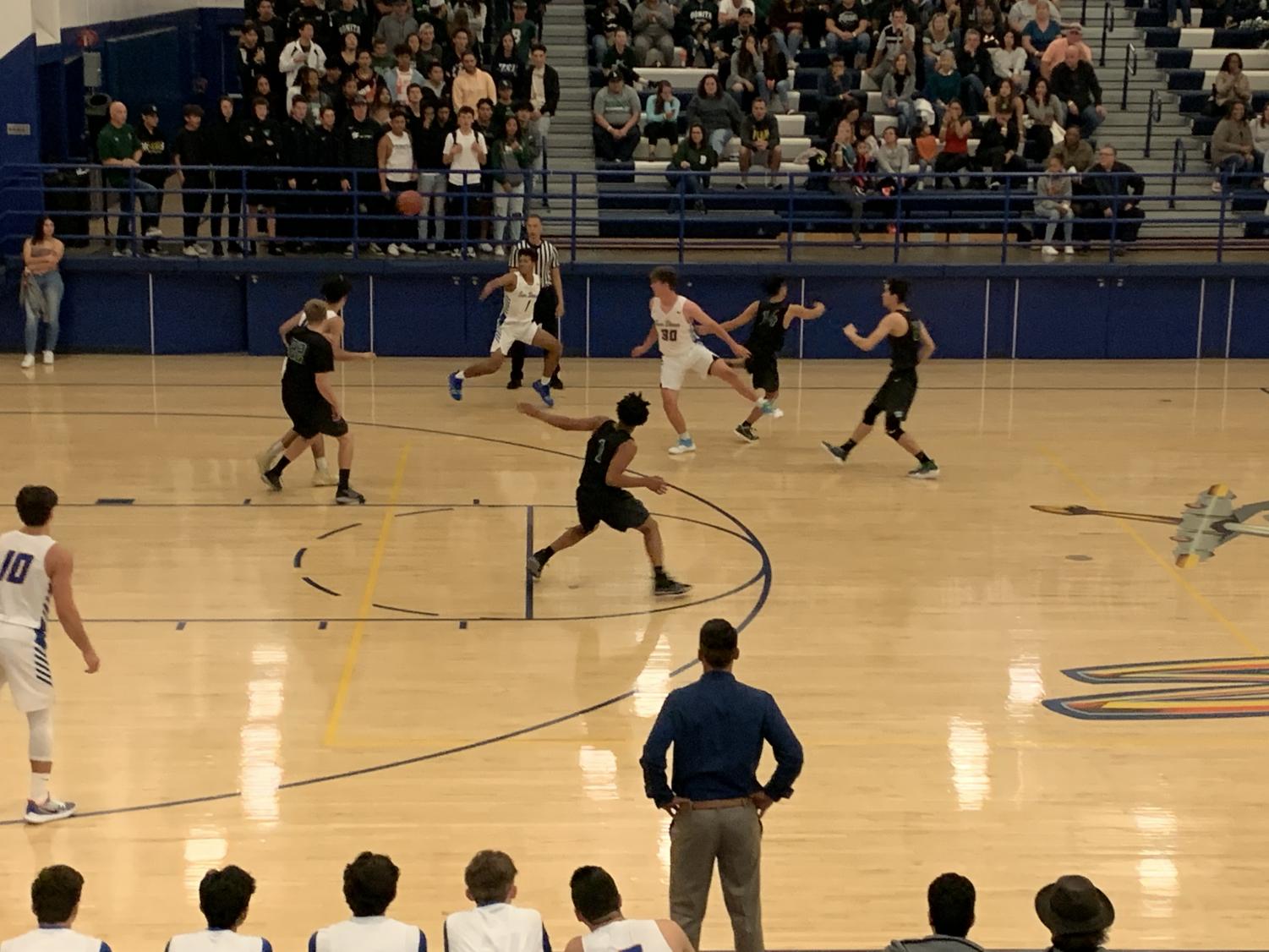 The Bonita vs. San Dimas Basketball game has always been known as an intense rivalry game. This year, Bonita’s varsity basketball team won Saturday’s non-conference game. With a score of 56-69, the Bearcats managed to take the win.

While our Saints did lose, keep in mind that Bonita High School is 2nd in State division, and 2nd in Section division while our Saints are in 118th in State division and 26th in section division. The boys held up a good fight against such a well-performing team. They may have lost this battle with the Bearcats but gained a lot more in the game than many could have ever expected.

The game itself was busy from the start and did not cease with both teams running up and down the court.

During the entire game, the bench was rallying their teammates to keep fighting back, and push both, their defense and offense harder.

In the first quarter the defensive strategy was man-on-man then, while in the second quarter, they switched to a one three. The third quarter was a one-two-three strategy, and in the last quarter, the team ended with a  two-three defensive strategy. Nick Cuevas, a Junior on the team said that “The Seniors really stepped up and took on a leadership role throughout the game keeping our hopes high rather than just giving up.”

Each time the teams would call a time out, they were very intense, as both coaches talked about new strategies to use to either defend or to gain offensively.

During the game, it didn’t look great for our Saints, but the scoreboard showed otherwise, especially since they were competing against such a skilled team.

Cuevas continued, “After the game, we were upset about the loss and we did a lot of good things, as a result, we practiced more intensely and were given a lot more drills which a lot of us worked hard on to perfect.”

Overall the game was very hectic, both teams pushed themselves hard, but in the end, though, our Saints took this loss. The team took a lot into account from this loss, and learned from there mistakes, working harder than ever.