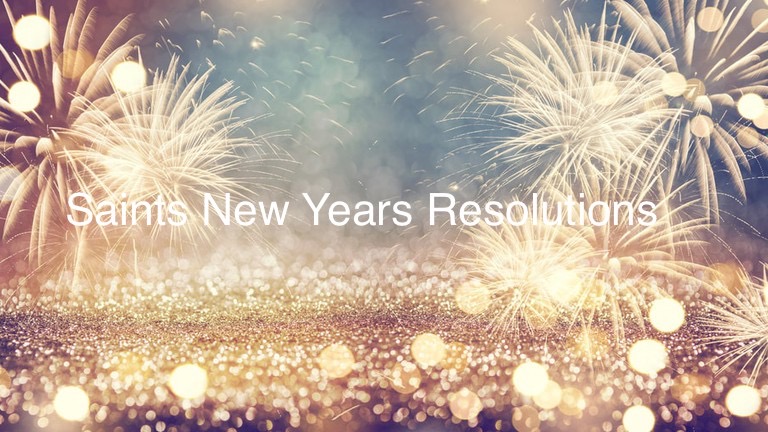 The decade is coming to an end and everyone is sad to see time move by so fast. One positive thing that everyone always looks forward to in a new year however, is change. To some people, a New Year Resolution is important; some resolutions result in changing to improve their personal goal or lifestyle. Our saints have very some resolutions of their own and they each have a different meaning to them. A few Saints who wanted to share their goals for the new year are Areanna Ortiz, Sydney Haas, Sarah Gonzales.

Sophomore Sarah Gonzales says that all she hopes for in the new year is, “I just want to lose weight and have a better diet.” Gonzales said that she mainly wants to work on herself and improving on what she thinks are her bad habits.

Junior Sydney Haas wants this next year to be better than the last one. Haas explained that last year was different because all she wanted was to be better prepared for school. Haas’s new resolution focuses more on the future and she said, “I want to continue to work hard to get to the college I want.” Her education is most important to her; making herself and her family proud is always her goal.

Senior Areanna Ortiz had a similar resolution to Gonzales. Ortiz mentioned that her resolution hadn’t changed from the previous year. Ortiz said that her goal is, “to lose weight honestly and go back to the weight I was at a little while back.” Another Senior, Alyssa Cvitan said that all she really wants to focus on in the New Year is, “to have a more positive attitude towards everything.” She said that this was her sentiment going into the New Year because it was previously hard for her to be positive about certain things in life and she’s willing to be more open about stuff.

The new year is very special; for most Saints, our childhood is coming to an end. However, the memories and the people we’ve spent the last decade with will be forever in our hearts. These things will continue to shape us in the new year, and the new decade, to come.