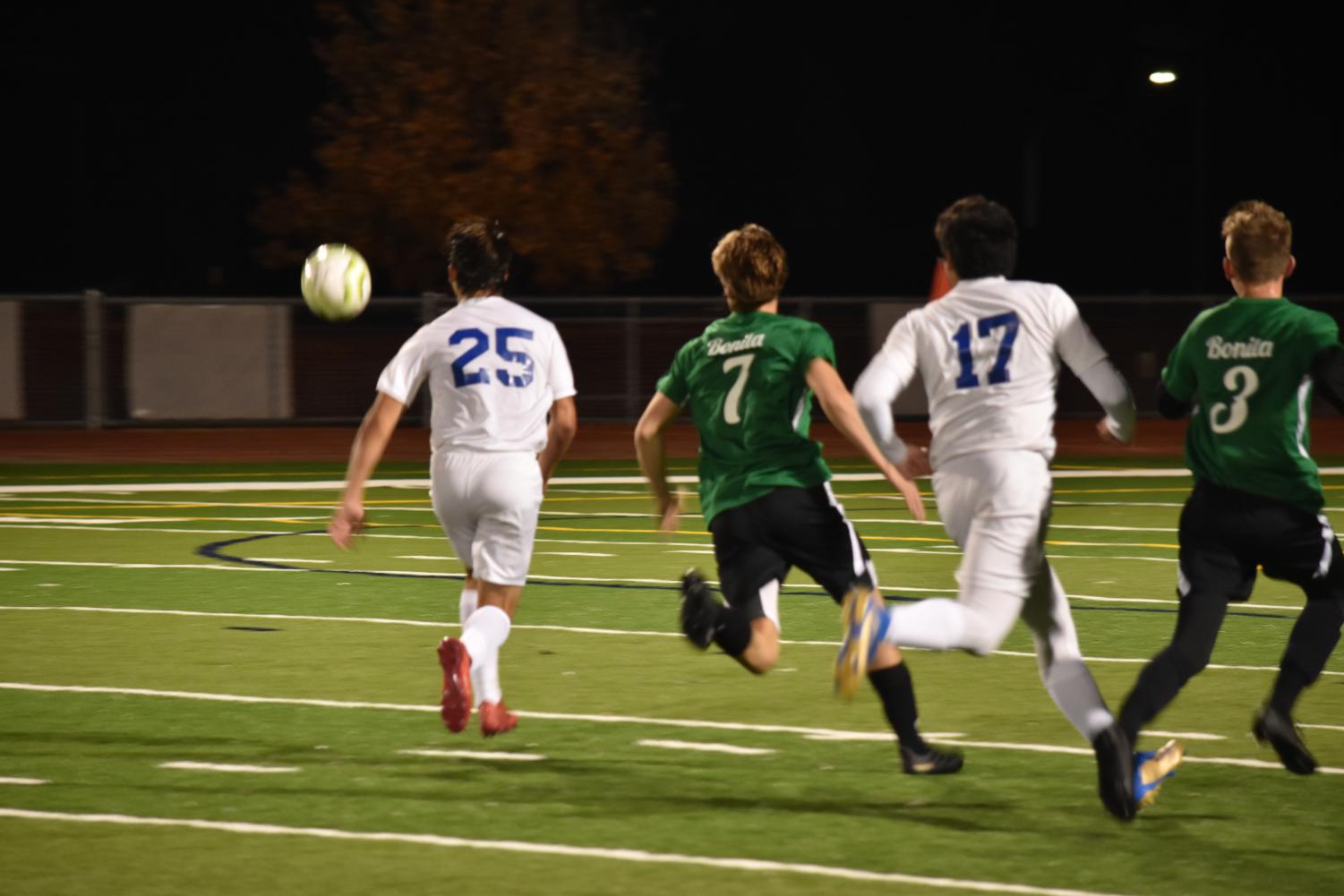 Beautiful Game, Not so Beautiful Results

Wednesday, Dec. 4th was set to be the rivalry soccer match between San Dimas and Bonita. Unfortunately, the rain postponed the match for the next day. As eager as the Saints were to play that night, they had to wait until the weather conditions improved.

Senior, Joseph Moran, informed us that, “the field wasn’t in good shape to be played on. Even when we played the next day, it was still wet. We just had to make sure and watch any different ball movement.”

Moran explained that the rainfall from the night before could have impacted the game, but does not blame that for their lack of performance.

“Just like coach said, we didn’t show up and play. It wasn’t our night. In the beginning, we were panicking, and it took us a while to settle down.”

It being the second game the Saints played, and one with a lot of pressure, the stress on the players was unfortunately reflected on the field. Within the first few minutes of the game, Bonita had a clear opportunity to score but was denied by the quick reactions of goalkeeper, Navarro-Torres.

Persistence was key for the Bearcats, keeping the Saints worried and on their feet. When a foul was called in favor of Bonita, they were quick to take the freekick, scoring, and catching goalkeeper Navarro-Torres in the middle of setting up his defense.

Once again this lack of concentration sent the Saints into further frustration. It took San Dimas a bit of time to settle down in the first half, and sophomore, Raul Burris, was giving the crowd a show.

Come halftime, the Saints seemed like they were back in the game. Moran remembers, “we started playing more relaxed in the second half. We felt the adrenaline, and knew it was going to be a good game.”

The Saints had more opportunities, looking for a promising goal. Unfortunately, Bonita kept on kept on persisting once again, and their dedication doubled their lead. Though heart broken, the boys still fought for more. Even until the last moments of the game, they were knocking on the door. Senior, Camilo Navarro-Torres, came closest to scoring when he was one-on-one, but unfortunately, the Bearcats’ keeper made an excellent save, keeping the Saints scoreless.

Going from winning the past year, to losing, was hard for everyone who bleeds blue and gold. The Saints have recently gotten back into their well known winning shape. We wish them the best of luck in season!