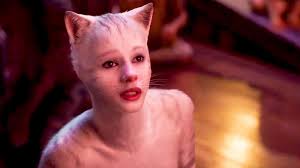 Cats came out on December 25th, the tail end of 2019, and was massively hyped with massive names like Edris Elba and Rebel Wilson on cast and Taylor Swift commissioned to write a stand alone song for the film, the movie promised to be big. Based off the popular Broadway musical of the same name, the movie attempted to bring that to the big screen but didn’t come close to doing that at all. Just to give you an idea of how off they were, a total of $95 million was put into the movie by the end of production and on opening weekend a measly $6.5 million was made from box office ticket sales.

So where did it go wrong? Well, many places.

On the second day of release, a software patch was released to cover patches of exposed, unedited skin not previously covered by CGI fur. A completely preventable mistake on the part of the editors.

Another massive error the film had was there was no clear plot. Throughout the film a gelical ball is mentioned and supposedly something important is supposed to happen but in the end, it’s still unclear why this matters. As well as the movie not being clear in this regard, the actors seem like they didn’t know what the plot would be either. In an interview with Stephen Colbert leading up to the movies release, Edrus Elba himself admitted that he was still unclear on the plot despite having worked on the film through the entire production process.

One of the more minor ways the film adaptation was lacking was it really had no memorable characters. There is one main cat throughout the entirety of the film with two sort of recurring cats but that’s pretty much it. All their introductions are just a song about the cat being introduced and what they do, and that’s really it, they don’t do anything else, they don’t contribute to the overall plot, we don’t see them again and we just forget they were supposed to be important.

One last mistake the movie adaptation suffered from Remember how Taylor Swift was commissioned to write a single for the movie? She barely finished the demo when it was due for preview by the cast and directors and it was her first time hearing the song since the demo was completed and the final product was only barely completed when it was submitted.

And these are only a few of the films shortcomings. In short, the movie was rushed to meet the Christmas deadline despite the fact that there was still work to be done on the final product and as we know, half done movies dont sell.