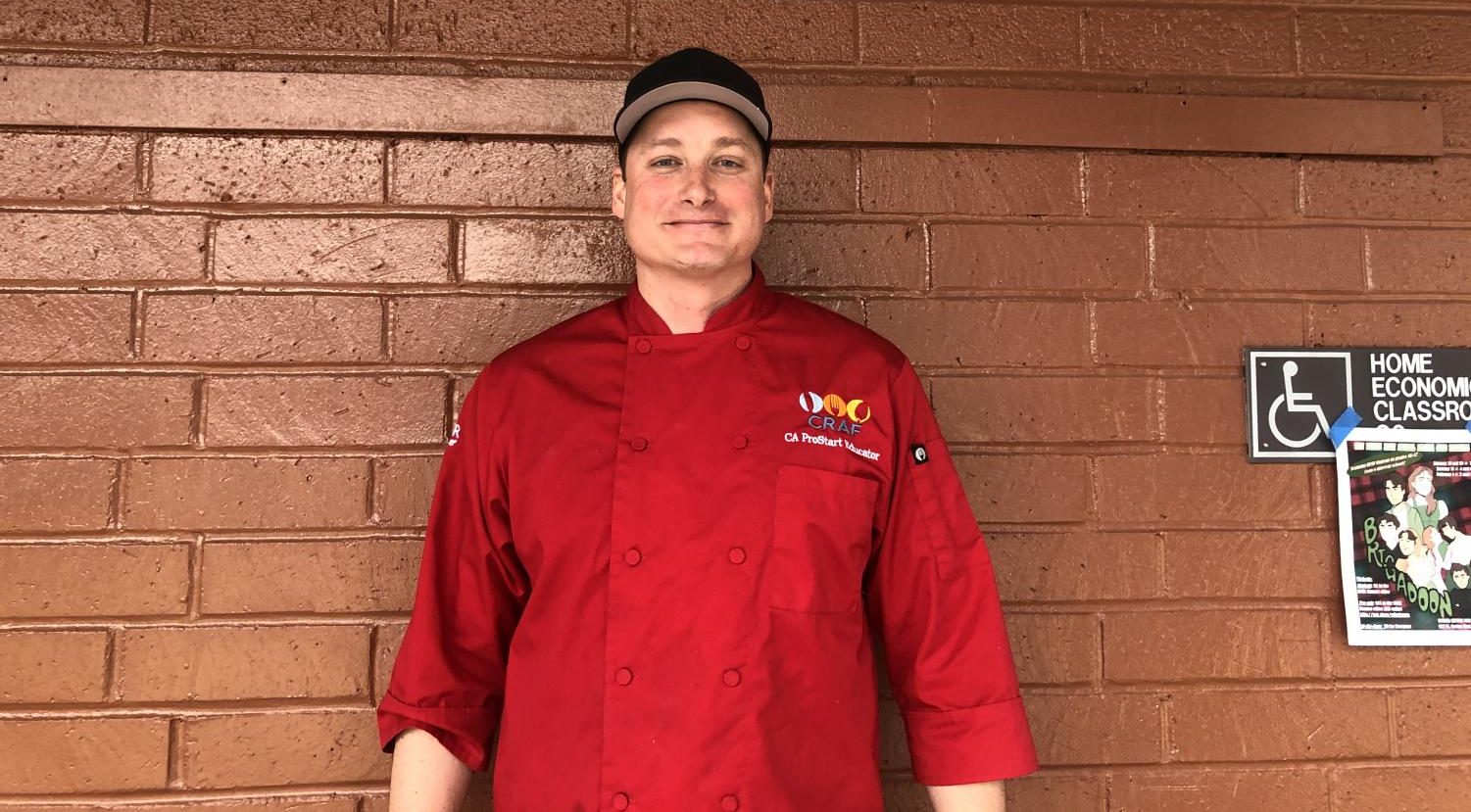 Mr. Brandler explains how he got into the culinary business and his favorite aspects about it.

Culinary Arts restaurant management is a culinary class taught by Mr. Brandler. This intrinsic two year course offers two different levels, advanced and regular. Culinary arts is a class made to help kids who are interested in the culinary industry. Around, “70% of people [my] age will end up in the restaurant industry at some point.”

Mr. Brandler is a very dedicated and selfless teacher. Being involved with cooking since he was a little kid, his passion is never ending. As he got older, he continued his journey while still teaching as a part time job.

While looking for different places to start teaching, he got a job interview at Chaparral High school. What he wasn’t aware of, was that the application was not only for Chap, but for San Dimas High school as well.

As time went on, he came to the conclusion that teaching was his calling. He enjoyed the fact that he could change people’s lives. The influential factor behind teaching was so utterly captivating to him that he decided to teach full time. Thanks to this, many students have had the opportunity to change their lives for the better.

Mr. Brandler believes this is the most promising aspect of his job.  Another exciting aspect is their competitions. They actually have a state competition coming up. “One half of the competition is culinary, the other half is presentation”. For the culinary part of the competition, competitors must complete two identical appetizers, two identical entrees, and two identical desserts. They must “use nothing but two butane burners and no electronics and they must do it”. It’s “chopped on steroids,” he commented humorously.

Another portion of the competition is the inventive side of it. It’s something Mr. Brandler likes to compare to “shark tank”. This competition is a very important event. People come from all over the state to watch it, people can be seen coming from places like Sacramento.