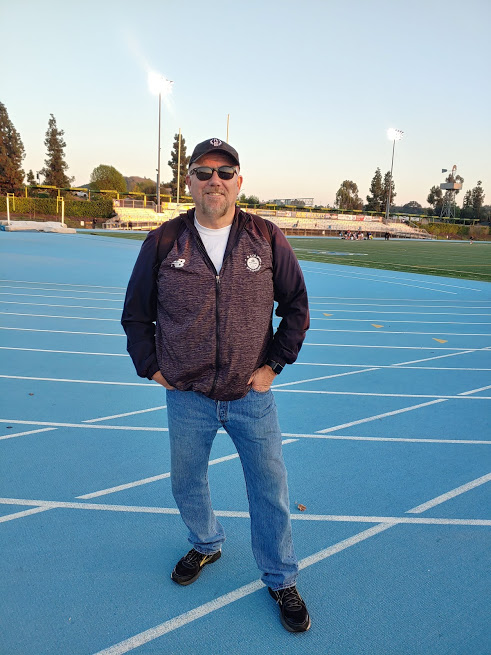 The New Coach in Town

The new track coach at San Dimas High School, Tim O’Rourke, has been coaching for 44 years. He mentioned , “This is my 44th year in track and field. I have also coached cross country and soccer.” In addition to that, he also said that he was a teacher for 3 years and an administrator for 17.

He also worked in the El Monte school district for a long time. In talking about his years in that school district O’Rourke said, “I taught at El Monte High School, and Elroy High school.” He also talked about his fair share of sports that he took part in when he was in  high school. “In high school I was a cross country runner, a basketball player, and a track captain.”

At the moment, he is only interested in coaching cross country and track. He came to coach at San Dimas because he had coached Coach Rodriguez when he was in high school and Rodriguez had asked O’Rourke if he could come over and help out.

When asked about how long he intends to be at San Dimas, O’Rourke said, “I plan on coaching here as long as they’ll have me, I guess.” He has coached every event in track as well, “I have coached every event, All the sprints field events, hurdles, everything at some point, so what I will be coaching right now will be whatever they need me to do.”

When in track in field he likes the throws, hurdles, and distance races the most. He is also an involved coach at Mt. SAC, and is in charge of the Mount SAC Relays, which are a huge event, and he plans to help many of the athletes here at San Dimas qualify for them.