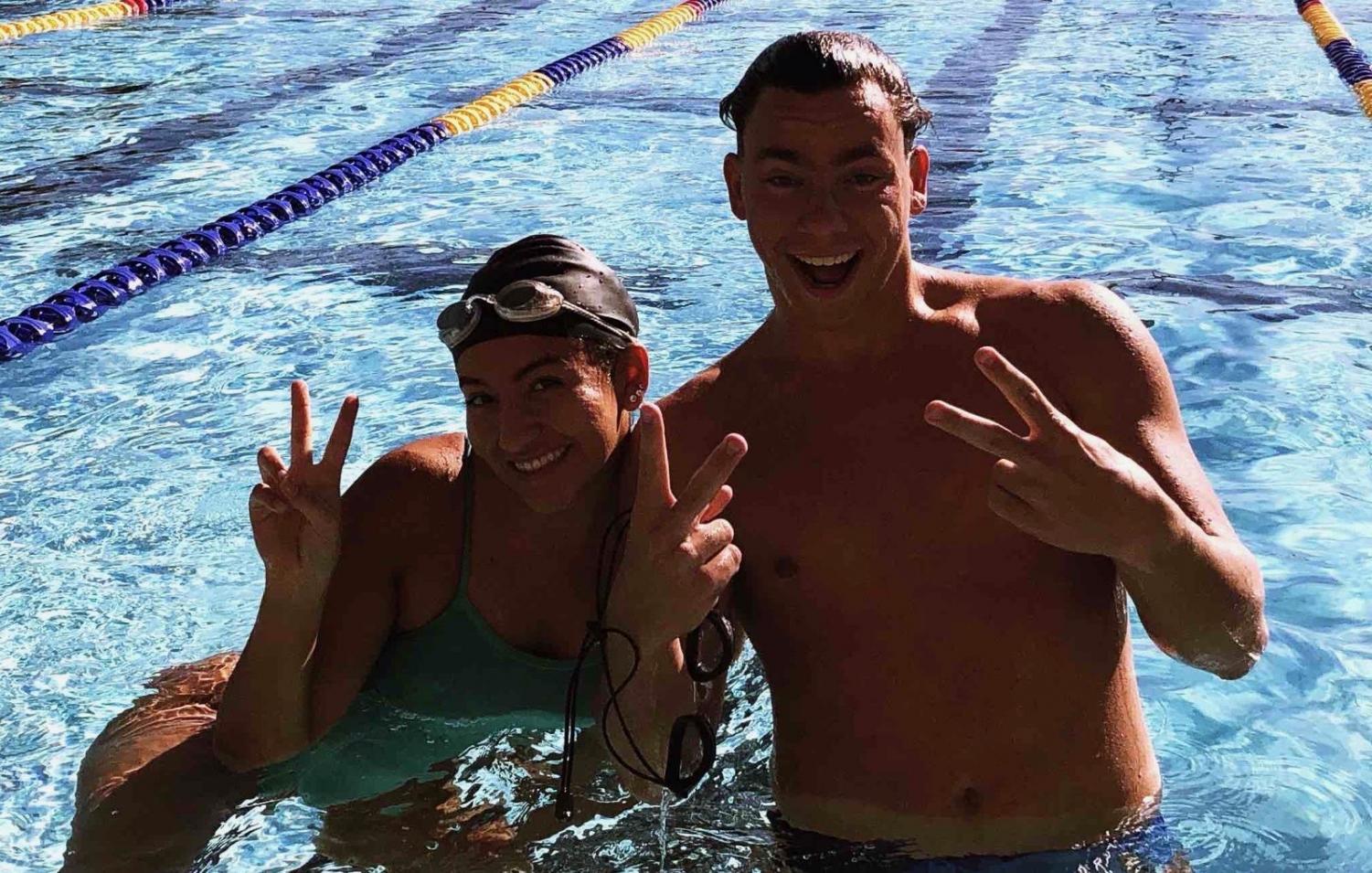 Adam Berard would be proud of head coach Danny Feola making the wish of so many people involved in aquatics come true. Berard graduated in 2015, which was also the year that the dive team sadly ended as well. Berard held many titles for his outstanding diving and it could only be asked, who was going to carry the legacy. Well for five years the answer was no one.

“I got an email from the current dive coach at Pomona Pitzer, and he was very interested in starting the dive team back up. So one thing led to another and it just happened””

Then Feola decided to look into bringing back the dive team.“I got an email from the current dive coach at Pomona Pitzer, and he was very interested in starting the dive team back up. So one thing led to another and it just happened,” Feola stated when asked how it all started.It also should be known that the dive team cannot practice at the San Dimas pool so that also poses difficulty for a dive team, that didn’t stop coaches from bringing it back.

There was an informational meeting on January 22nd about the new dive team and a whopping seven people showed up. Sophomore Alyssa Fox who was at the meeting said, “I think we have been asking for a dive team for a pretty long time. Ever since we would have away meets and we would see the other teams boards, it really just made us ask him to bring back the dive team.”

Diving takes so much practice and much control. Seeing that there are many club swimmers on the swim team, people aren’t sure if their club swim skills will carry over. Junior Robbie Harrington who has been in club swimming for five years is excited to have divers on the team alongside him and the rest of the swimmers. Harrington wanted to make sure people knew, “Swim is completely different from dive. Expecting that by doing club swim you’ll be good at dive is a very wrong assumption.”

Diving is an individual sport which is already slightly different than swim so if someone thinks that being good at swim will make them good at diving, they may need to rethink that. If on the dive time it would be different practice times, different priced equipment, and a whole different coach. All of this means that a San Dimas diver would need to be as committed as committed gets.

The tryouts are also not typical sports tryouts either. At the dive meeting it was stated that tryouts were going to be determined after talking to Feola as well as the new dive coach. Bringing back the dive team may be a challenge but if you want to try out you should do it. You never know unless you try!