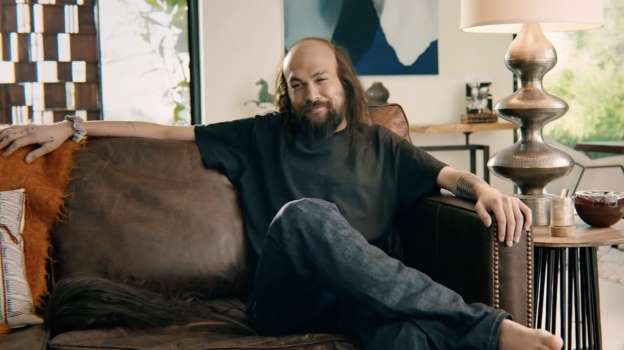 The most creative and entertaining ads of this year's Superbowl

This year’s Superbowl had some pretty interesting commercials. They weren’t as outrageous or crazy as past years, but some were very good. A very cool aspect of some of the commercials is that they were integrated into the actual game in some way which is very creative.

#5 Famous Orders: This ad is exactly what you think it is, the Mcdonalds orders from celebrities, but it goes to the next level and showcases the orders of famous characters from fiction. These orders are crafted very cleverly to make sense with the character. Some examples are, Dracula’s order of just ketchup, Romeo and Juliet’s order of one smoothie with two straws, the Hamburlgar’s order of twenty burgers, and Julius Caesar’s order of a Caesar salad. The music of the commercial makes it feel joyous and happy which is what Mcdonalds is all about.

#4 Jason Momoa Rocket Mortgage: We all know Momoa, the super muscular, bearded actor who played Aquaman. In this ad we get a celebrity’s perspective on how great it feels to come back to the privacy of the house. It’s a pretty normal ad until Jason Momoa literally takes off his muscular arms. Underneath is the complete opposite, a pair of skinny, frail arms. He even takes off his abs to reveal a skinny body. Meanwhile, Momoa is speaking about letting your guard down, letting yourself breathe, and what home means to him like it is completely normal to take off your own body. This ad is definitely one of the most absurd ones this year and reminds the viewer of the old and crazy Superbowl commercials. He also takes off his hair to reveal a big bald spot which is just weird to see.

#3 Snickers Fix the World: If only things could be fixed this easily. This commercial presents the viewer an alternate reality where, apparently the world’s problems can be solved by feeding it a snickers through a giant hole in the ground. To add to the absurdity, everyone comes together at the hole while singing about the world’s problems and about how dumb the idea is. At the end, one of those obnoxious vlogger couples falls into the hole proving that just maybe the snickers did work and now the world is a better place.

#2 Next 100: This ad is incredible and very creative. This ad sees a boy playing football with his friends, but that is cut short when an old man tells him to ¨take it to the house¨ which inspires him to take the football and run all the way to the stadium where the Superbowl is taking place. Along the way he passes many athletes that help him on his journey which is very sweet. The happy mood is also elevated by the music which is Ray Charles´ song, What´d I Say. This song´s high energy and joyful melodies make you feel happy and motivated just like the kid. Some interesting locations the kid runs through are a construction site, a parade, and a city street where a fight for the ball takes place. Finally, the kid makes it to the stadium and brings the ball onto the field live. This integration of the commercial and the live show was surprising and very sweet and wholesome.

#1 No Time to Die: This is a movie trailer for the next James Bond movie. This movie will include big stars like, Christoph Waltz, Rami Malek, Lea Seydoux, and obviously Daniel Craig in his final role as James Bond. This trailer showcased incredible stunts, action, and acting that will hopefully be consistent throughout the entire movie. The music of the trailer sounds very grand and reminds the viewer of the original James Bond theme song. The trailer seems to be focused very closely on James Bond´s personal decisions which will definitely make for an interesting story.