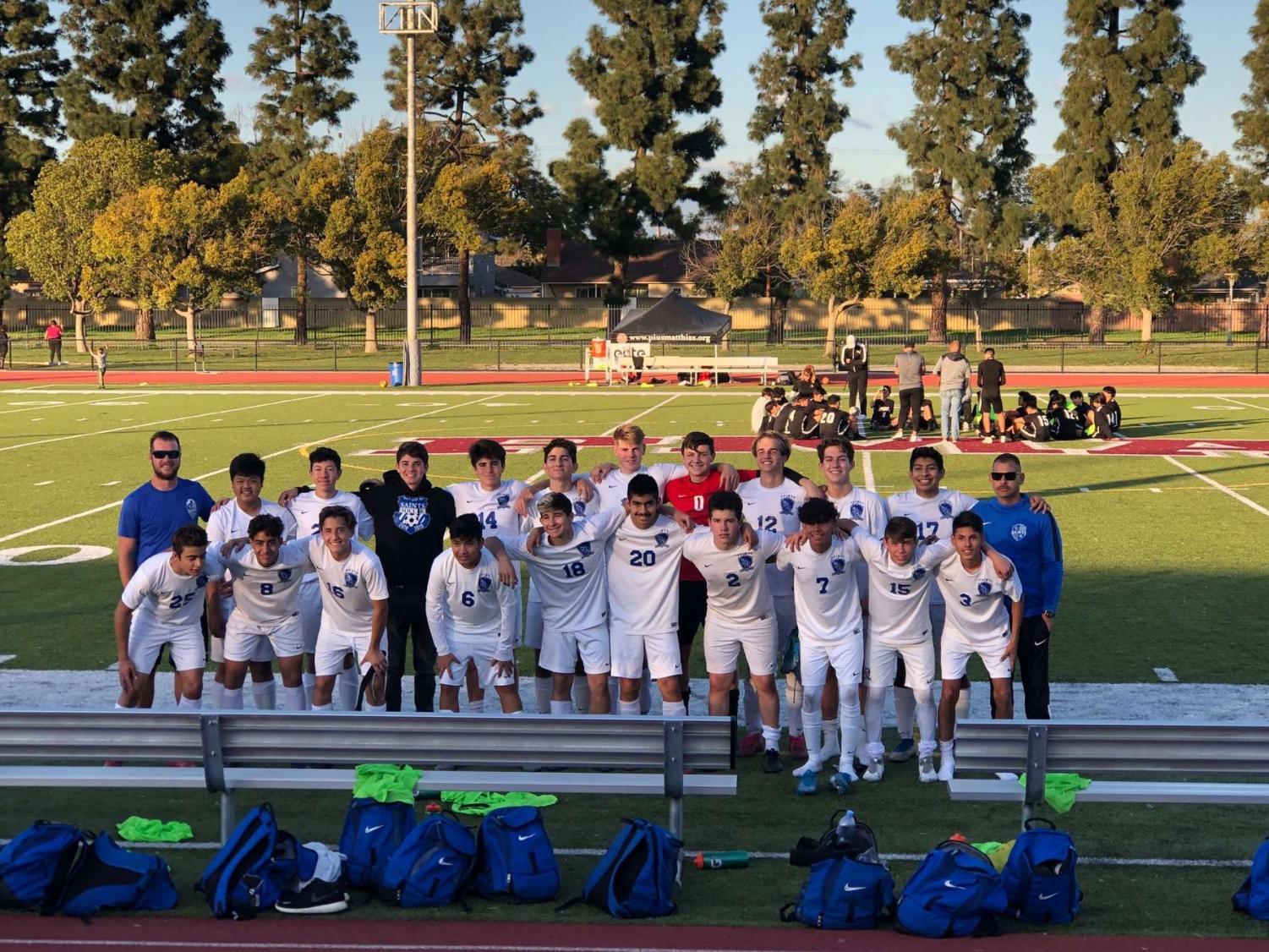 The San Dimas High School Saints varsity soccer team had worked hard throughout the season, and continued to work towards greatness inn the CIF Southern Section 2020 boys soccer championship division 6 tournament. The team  recently proved themselves at the beginning of the tournament facing off against St.Pius X – st. Matthias Academy.

Christian Smiley, one of the team’s goalkeepers, worked hard throughout the game, blocking many goal attempts. He said, “the game was a good experience and a rewarding because of the win in the CIF tournament.”

The Saints managed to beat the “warriors,” with an end score of 2-0. The game points were scored by Finn Weck and Raul Burris, both strikers made great advances throughout the whole game, cycling through the defense. This game was part of the CIF playoff tournaments, and the victory lead the Saints to the CIF Quarterfinals.

Both Finn Weck Mueller(Sophomore)  and Raul Burris (Sophomore) had a boost in confidence and won a moral victory, having made crucial goals in the wildcard match-up

A lot was expected from the strong Saints, they plowed through CIF last year and made a name for themselves. The team was going back with to practice hard with more intensity.

Jake Sarver, a defender on the team  (Junior),  also said, “this game was well-matched and coming into it we had good energy and the right mindset.”

The Saints faced off against  Ontario Christian, a non-league test on Wednesday, February 12th. San Dimas  met the Knights, them having a 5-0 league win over Loma Linda Academy (Loma Linda, CA). The Knights record stood at an impressive at 14-1.

The Saints unfortunately faced defeat against the Knights with a score of 1-0. This defeat ended their CIF progression, and overall, the Saints soccer season has come to an end.