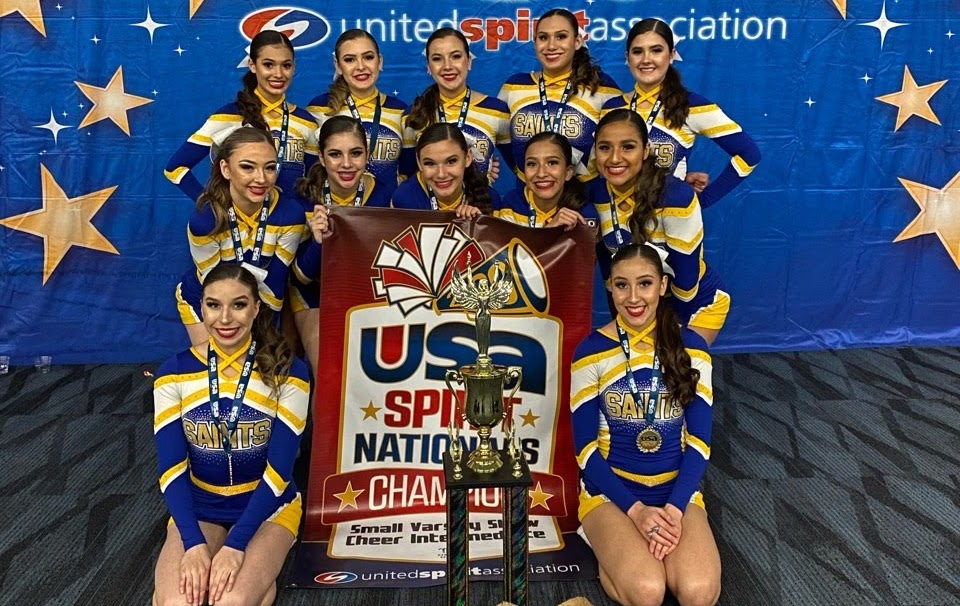 Back To Back State Champions

This being yet the last competition of the season, it had lots of pressure. All the pressure came with long hours of practicing and lots of preparation for the biggest competition. Cheerleader Nadia Perrone stated, “there were a lot of nerves running throughout all the girls which definitely affected us.” Despite this, it never affected them, it did not stop the ladies from doing their jobs, and hit things cleanly.

All their time, sweat, and energy, was finally worth it, them giving it their all for one last time. With no going back, and this being the last competition, it made everything way more crucial. Perrone also said, “the most stressful thing about nationals is all the team that we go up against, this year it was 21 teams.” Going up against 21 teams can make a person very overwhelmed but the girls didn’t let that get the best of themselves. Later she also added on, “our pyramids hit the best out of everything because we all worked together as a team and perfected them.” Working together made a difference in the performance, and it brought joy to the cheer team whenever they were able to hit pyramids cleanly.

They put their all into the performance, and did not give up once throughout the whole routine. Cheer took a lot of commitment and dedication from the girls, and is a difficult sport, just like the rest. It required strength of the mind and body to perform well. At the end of the performance the girls were filled with such happiness for taking home another championship. This is what they worked so hard for.