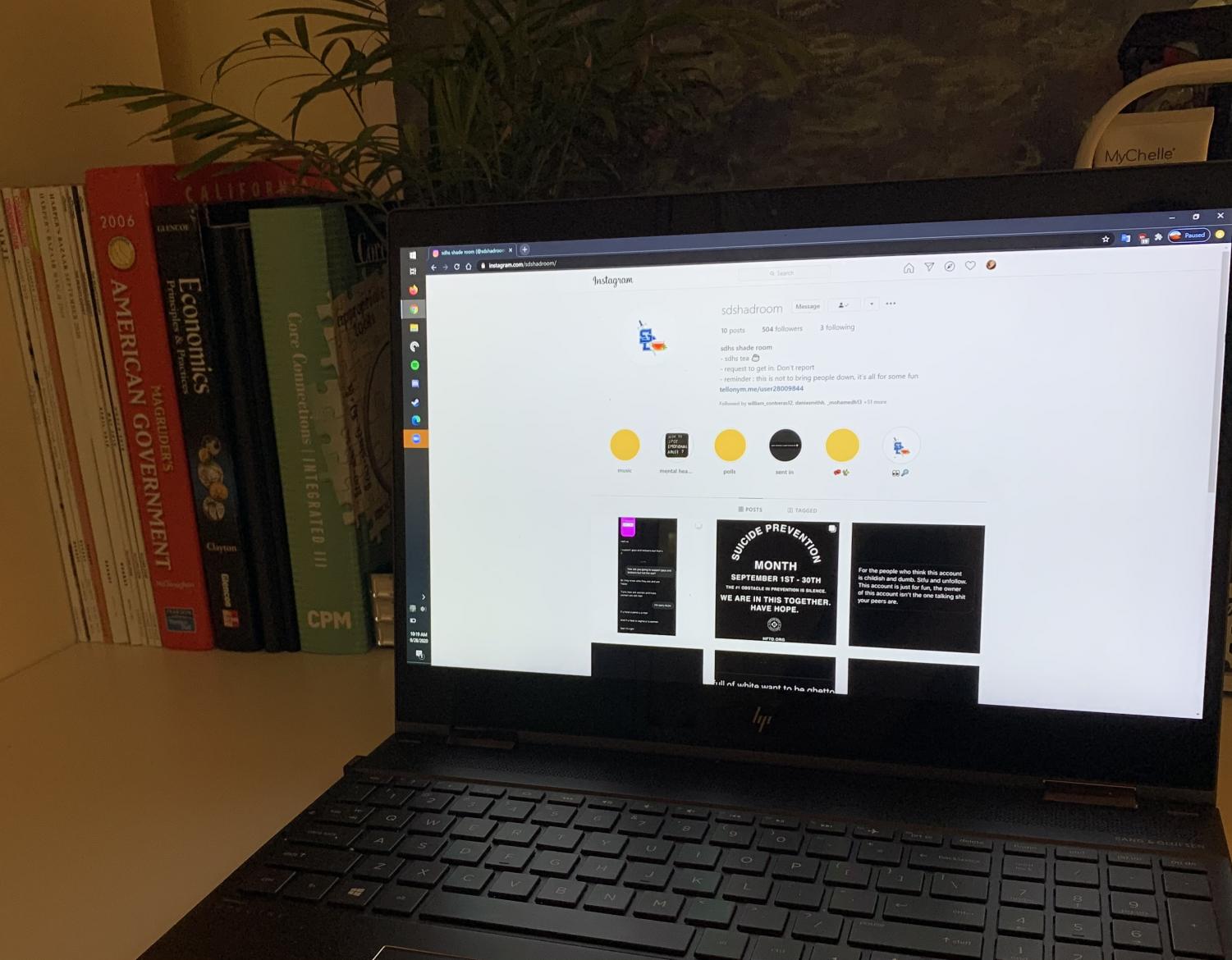 Ever wondered about what students really think? Well in just one Instagram search now people can.

Recently students at San Dimas High School have begun to create anonymous “tea” accounts. Students can anonymously send in confessions or slander and get it displayed to the 600 plus students following these drama accounts. With a reach like that it begs the question should these accounts be taken seriously or are they all fun and games?

“I think they’re kinda dumb like what is the point of them and why do we even have them,” junior Deven Majeksa said.“I don’t even look at them.” Majeska continued to go on to say that she views these accounts negatively and argues that if these drama accounts were all for fun then why do they post political statements and offensive things about other classmates. When asked if the drama accounts should be deleted she claimed “they’re gonna get caught, either way, one already got caught and taken down”.

It spices things up during quarantine.”

“I think it’s more negative than positive. I’m not for it,” junior Jason Thomas said. “I feel like it causes more drama.” Even though people shouldn’t always believe what is said on the internet Thomas said that sometimes he does take these drama accounts seriously. For the most part, though he believes they are just internet trolls “that want to get under people’s skin.” Thomas also doesn’t like the anonymity of these drama accounts and believes that if someone has something to say they should be able to take accountability for it.

“I look at them sometimes but what I’ve seen so far is pretty funny and kinda weird,” senior Justine Frias said. “it spices things up during quarantine.” Frias likes to view these drama accounts from time to time and in her opinion, the accounts are “bad for the people who get written about but it’s entertainment for the people just viewing it.” Even though Frias likes to look at these accounts she doesn’t take them seriously and agrees that these accounts should just be seen as funny.