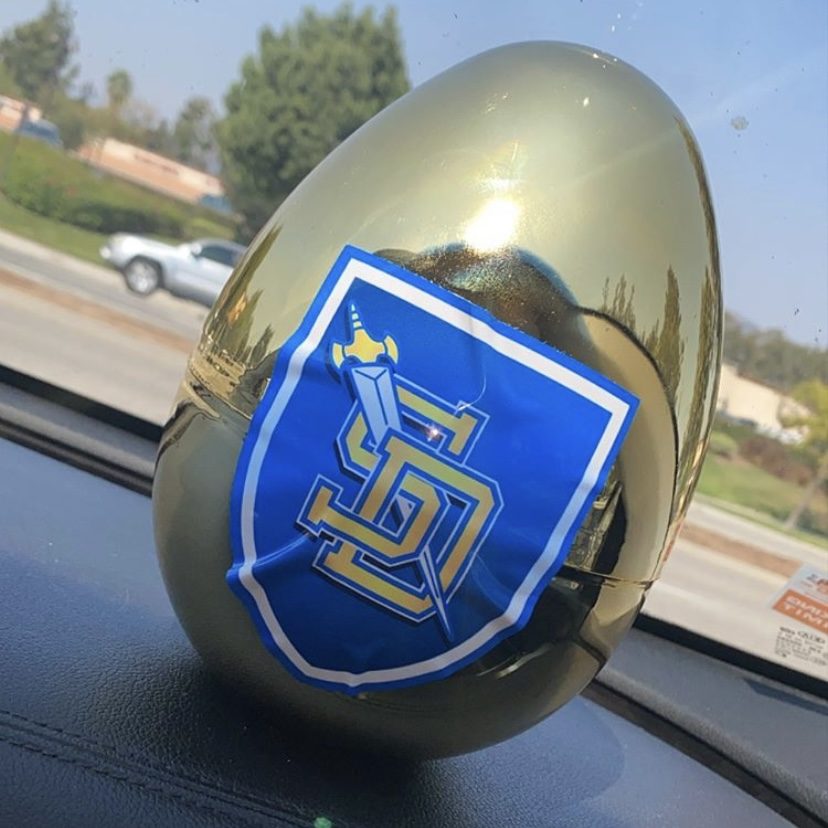 This year both San Dimas and Bonita have begun a new rivalry tradition in the Smudge Social.

The classic rivalry between San Dimas and Bonita High School always comes to head in the classic Smudge Pot football game. But with Covid-19 and school being held exclusively online, this game was not able to happen as usual.

Fortunately, both the ASB and staff of San Dimas and Bonita came together to form another way to battle it out. This came in the form of the Smudge Social.

The Smudge Social consisted of different challenges throughout the week of Sept. 21-25. Unlike the traditional Smudge Pot game, these challenges included all students who chose to participate.

Monday’s challenge was the follower challenge where both schools competed to gain the most followers in 24 hours.

Tuesday’s challenge was a Chick-Fil-A fundraiser. Whichever school raised the most money through their purchases at Chick-Fil-A won.

In Wednesday’s challenge, students took part in a golden egg scavenger hunt. 12 eggs were hidden around both San Dimas and Bonita’s campuses. Whichever school found the most eggs won this challenge.

The final challenge on Thursday was the Tik Tok challenge. Both schools posted a TikTok on their account. The school with the most likes on their respective TikTok post won.

On Friday, the winning school was announced. The winner was determined by which school won the most challenges overall. When it was all said and done, Bonita had taken the trophy.

With this being the first year of the Smudge Social, these challenges were introduced this year as well. They may seem rather simple, but these challenges had some tricky hoops to overcome with school not being in session.

Although, these obstacles didn’t stop students’ enjoyment. “I did the scavenger hunt but I didn’t find any eggs. I still had fun though, especially because I went with my friends,” senior Jack Kelly said. “

I really liked what they [ASB] came up with because in a way it almost felt like going back to school and seeing my friends again.”

“I think by doing this event it really helped out with keeping that competitiveness alive between the two schools,” Commissioner of Communications Justin Kluger said. The drive of this event is to really keep that school spirit and unity alive during these hard times.

Not only this but it really got students involved. “This year it allowed students to actively do stuff to beat Bonita,” Kluger added. This active participation of students is what really sets this event apart from Smudge Pot and is what really makes it unique.

With a year that has come with many changes, perhaps one of its biggest and most positive changes comes in the form of the newest tradition of San Dimas High School.