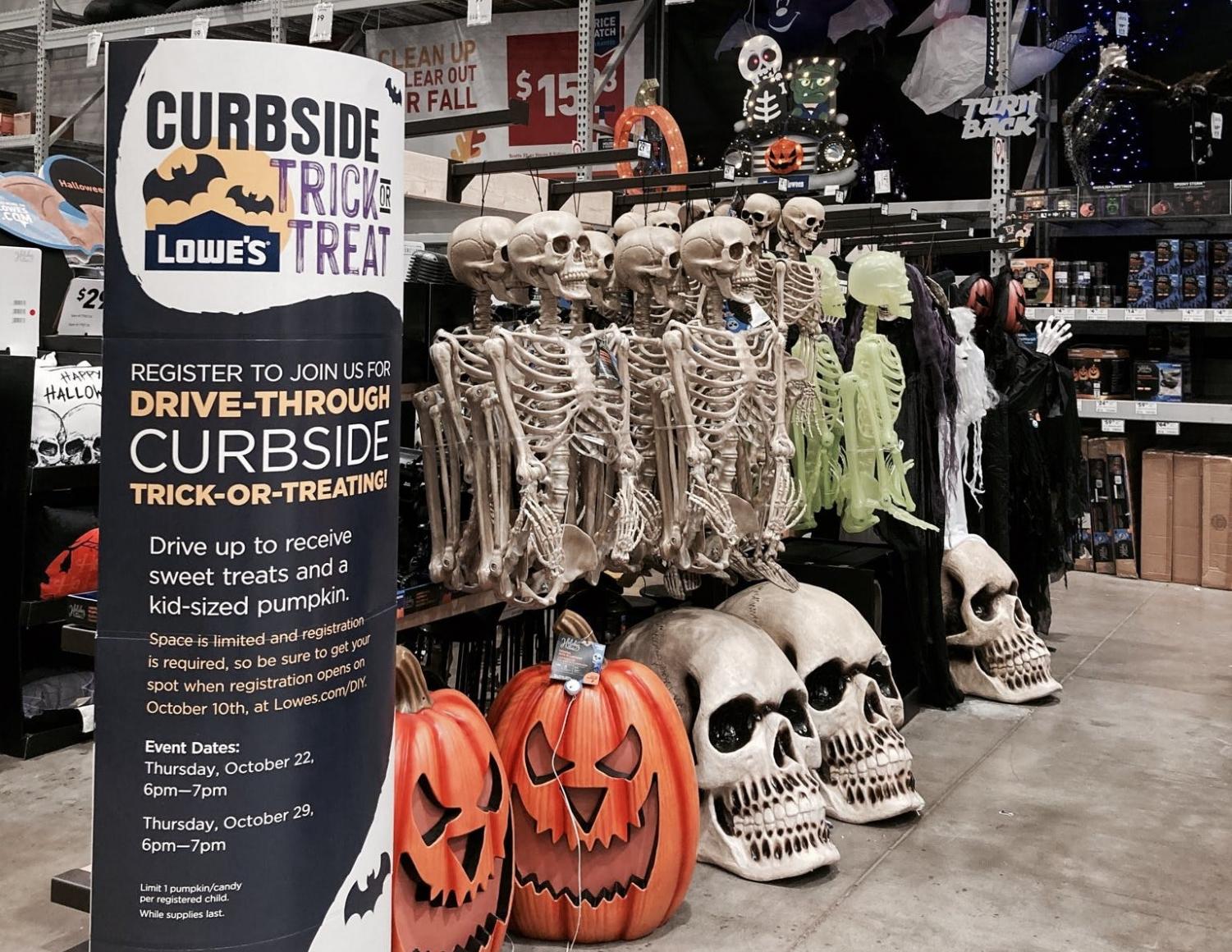 The New Trunk or Treat Event with Lowes In San Dimas

This year after going through a large and in some ways terrifying pandemic, California is forced to undergo many rules and restrictions while celebrating Halloween. Lowe’s solution to this was a Trunk Or Treat event happening outside of the store in San Dimas and many other Lowes locations. The event occurred Oct. 22 and 29, both on Thursdays. After reserving a spot on the website through the registration you were able to attend and participate in the festivities.

The event consisted of picking up candy from Lowes as well as trick or treating around the parking lot. It is called trunk or treating because you’re trick or treating with peoples’ trunks instead of going to their houses. Along with social distancing rules and sanitary and safety precautions, this was a great way to safely have fun. Lowes also made it clear that they wanted everyone to dress up and have fun!

“A lot more people than expected came to the first night on the 22nd.” Senior at San Dimas Highschool, and Lowes Wood Section Employee, Nicholas Mobely said, “most of them all had costumes on, and all of the little kids looked like they were having a blast.” The event Primarily targeted the younger kids who would normally go trick or treating but could not due to the current pandemic facing the world. “A lot of the kids were running around and collecting the candy while the adults were in groups talking and having a good time with each other,” as Mobley observed. One of the big perks of this event was that parents were easily able to keep an eye out for their children, so their child could have a ton of fun without mommy and daddy holding their hand the whole time.

As Mobley said sadly, “the only downside to this event was the Bathroom situation, the wait for it was super long and little kids have a hard time holding it in.” luckily there wasn’t too much bathroom trouble and every kid was able to go without any accidents according to Mobley, however, “I felt so bad as an employee while they all waited there, but next year the wait will most likely be resolved.”

His face Brightened with excitement as he said “the second time around was amazing and definitely better than the first day,” referring to the date on 29, “there were about the same amount of people but they were way more lively.” “This time there were a lot of older kids too, and some of them were walking around with scary costumes and having a fun time scaring people,” Mobley said with a smug face, “It warmed my heart to see that scarring children is still a cherished tradition in young teenagers hearts at this day and age.”

Mobley seemed more than happy that the second night was filled with the screams of kids and adults both happy and scared. The fun wasn’t ruined by the scary costumes though, “all of the festivities remained in a safe and respectful level that night and no one got too carried away,” according to him. At the end of the event on both days, the celebration went greatly and everyone walked away with lots of candy and an amazing time.